Home » Fortnite News – The Richest Fortnite Players in the World

Gaming has turned into a stable full-time occupation in the past few years and we have seen many youngsters make a fortune out of being extremely good Fortnite players. The battle royale title from Epic Games has one of the biggest esports scenes, which comprises many top-notch competitive players like Clix, benjyfishy, and Mongraal.

The 2019 Fortnite World Cup was indeed a global spectacle. The event not only gave us some of our Fortnite idols but also helped define their esports careers. Talented players like Bugha, Aqua, EpikWhale, and many others performed to the best of their capabilities and deservedly became millionaires overnight.

While Epic does not intend to hold a World Cup in 2021, they have plans for online events with massive prize pools. Many had claimed that the game’s competitive scene will be difficult to sustain. However, the bulky earnings of some of the top professional players tell a different story.

In this article, we count down the top ten wealthiest Fortnite players in the world. We have only considered professionals who have been active in the Fortnite competitive scene in recent times. Therefore, Harrison “Psalm” Chang does not feature in this list despite being one of the highest earners.

Featuring at number ten, we have Davis “Ceice” McClellan. After spending almost two years with 100 Thieves, he now represents XSET, having recently joined the organization as a Fortnite player and content creator. 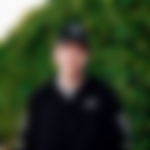 Ceice finished third in the duos division of the Fortnite World Cup alongside fellow American, Elevate. The achievement earned him a paycheck of $900,000. Apart from that, Ceice has earned more than $1.1 million throughout his Fortnite career, according to Esports Earnings.

Rocco “Saf” Morales previously represented teams like Ghost Gaming and TSM. However, his newest team is TrainHard Esport, after he signed up for their Fortnite roster in March 2021. 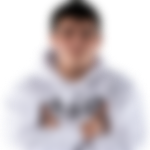 Over the past few years, Saf has netted over $1.14 million playing competitive Fortnite. 2019 was by far the best year for his esports career. He earned over $950,000 during that year and also finished 4th in the duos format of the Fortnite World Cup.

Willaims “Zayt” Aubin recently informed of his decision to step down from competitive Fortnite, despite having seen immense success while playing the game professionally.

The Canadian had won multiple tournaments under the banner of NRG Esports to establish himself as one of Fortnite’s greats. Most notably, he finished fourth alongside Saf in the World Cup Duos finals, bagging them a total of $1.5million.

Despite his untimely retirement, Zayt remains one of the top earners in Fortnite esports history, having made nearly $1.2 million.

Dave “Rojo” Jong previously played for SMASH Esports, but at the time of writing, he is a free agent after his contract with the organization ended. He is currently competing in the Chapter 2 Season 6 FNCS tournament. 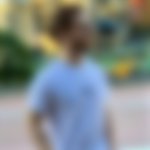 While Rojo has regularly participated in Fortnite tournaments, he is most prominent for finishing runners-up alongside Wolfiez in the World Cup’s Duos competition. As of May 2021, Rojo has earned over $1.2 million just from playing Fortnite.

My contract with @smashesportsgg ended which means I’m a FA again, however I’m currently not looking for a new organization to represent. Going to increase my value through the next 2 upcoming FNCS and content

Having previously played for Luminosity Gaming and Lazarus Esports, Nate “Kreo” Kou now is a part of the American esports organization Built By Gamers. He delivered brilliant performances at some major Fortnite tournaments throughout 2018 and 2019 and secured several high placements. 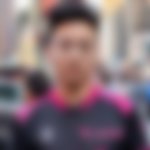 As a result, the 20-year-old has already made over $1.2 million through his professional esports career. Kreo has intentions of carrying on with the momentum as he is currently playing in the FNCS Chapter 2 Season 6 tournament from NA East.

Jaden “Wolfiez” Ashman became one of Fortnite’s youngest stars overnight by virtue of finishing 2nd in the Duos format at 2019’s World Cup event. Wolfiez, who was 15 at the time, took home a staggering $2.25 million along with his teammate Rojo. 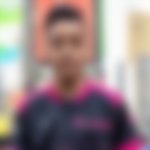 As a result, the British teenager became one of the most sought-after esports talents. He eventually went on to sign for UK-based gaming brand Excel Esports in 2020. Wolfiez’s net earnings from competitive Fortnite tally up to over $1.3 million.

Shane “EpikWhale” Cotton is another player to have made a name for himself through consistent performances and results in professional Fortnite. Most notably, he achieved a third-place finish in the Solos format of the World Cup and bagged $1.2 million from it.

Besides, EpikWhale has won multiple honors while playing for NRG Esports, including three FNCS tournaments. As a result, his total prize earnings amount to upwards of $1.35 million.

Only a handful of individuals have been able to earn the title of Fortnite world champion, and Emil “Nyhrox” Bergquist Pedersen is one of them. Alongside his teammate Aqua, he secured a first-place finish in the World Cup Finals for Duos. Together, they shared the $3 million grand cash price.

Nyhrox spent over a year with M10 Esports owned by German footballer Mesut Özil before joining Norwegian esports organization Nordavind in March 2021. His total earnings from playing Fortnite lie in the region of $1.5 million.

One of the most revered Fortnite players, David “Aqua” Wang played for Cooler Esport until the organization closed its operations due to financial constraints.

Looking for a new organisation

While Aqua’s competitive earnings from 2020 were beyond $100,000, 2019 was by far the most influential for him. The Austrian netted $1.5 million by winning the duos event at the Fortnite World Cup Finals and also became a world champion.

Throughout his esports career, Aqua has secured top placements in multiple FNCS tournaments and Cash Cup events. Ultimately, his net prize earnings from playing the game amount to over $1.9 million.

Kyle “Bugha” Giersdorf has become a household name ever since he secured that impressive Fortnite World Cup solos victory in 2019. The incredible achievement netted him $3 million and it makes for a large chunk of his esports career’s earnings.

Bugha is undoubtedly one of the most gifted Fortnite players and has also been a consistent performer across FNCS and other tournaments. As a result, he has amassed over $3.15 million, making him the wealthiest player in the history of competitive Fortnite.

That concludes our count down of the richest Fortnite competitive players in the world. Who is your favorite among these incredible esports talents? Let us know in the comments below.