This video shows major turbulence on a US flight in 2019, not an Indonesian flight in 2021 – FakeNews

Home » This video shows major turbulence on a US flight in 2019, not an Indonesian flight in 2021 – FakeNews 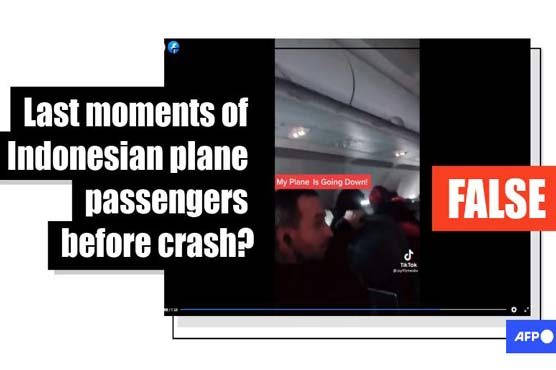 This video shows a major turbulence on a US flight in 2019, not an Indonesian flight in 2021

(AFP) – A video has been viewed thousands of times in multiple posts on Facebook and YouTube alongside a claim it shows passengers on Sriwijaya Air Flight SJ 182 before it crashed on January 9, 2021. The claim is false: the video has appeared in reports since 2019 about a US flight experiencing major turbulence.

It was shared alongside several other videos purporting to show a plane crash in Indonesia.

The post’s caption, translated from Malaysian to English, reads: “The final moments of passengers from the sri wijaya plane…

“Verily we belong to Allah, and verily to Him do we return…

“The video from WhatsApp whether true from sri wijaya God only knows however the panicked moments in a flight like this are absolutely terrifying, I hope everyone on this flight is protected by Him. Amen”. 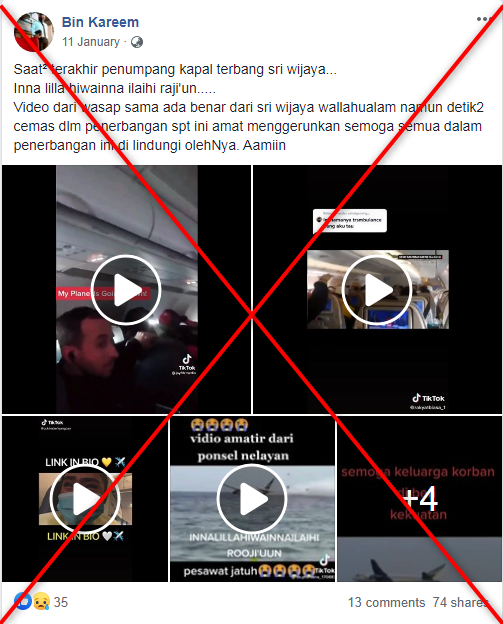 Sriwijaya Air Flight SJ182, carrying 62 people, crashed into the Java Sea, four minutes after taking off from the Indonesian capital of Jakarta on January 9, 2021, AFP reported on the crash.

The video was viewed about 2,000 times after it was also shared on Facebook, as well as on YouTube, with a similar claim.

The claim is false.

A keyword search, followed by a reverse image search on Google of keyframes extracted from the video using digital verification tool InVID-WeVerify, found a video. It was uploaded to YouTube on October 26, 2019, by YouTube user Justine Robinson.

The four-minute 50-second video shows the same scenes seen in the video in the misleading post, starting from the clip’s one-minute 52-second mark.

The YouTube video also appeared in a report about the turbulence during the Frontier Flight 226 published by blog site Flying High New on November 16, 2020.

Below is a screenshot comparison of the video from the misleading post on Facebook (L) and the YouTube video (R) — with the same features circled in red by AFP: 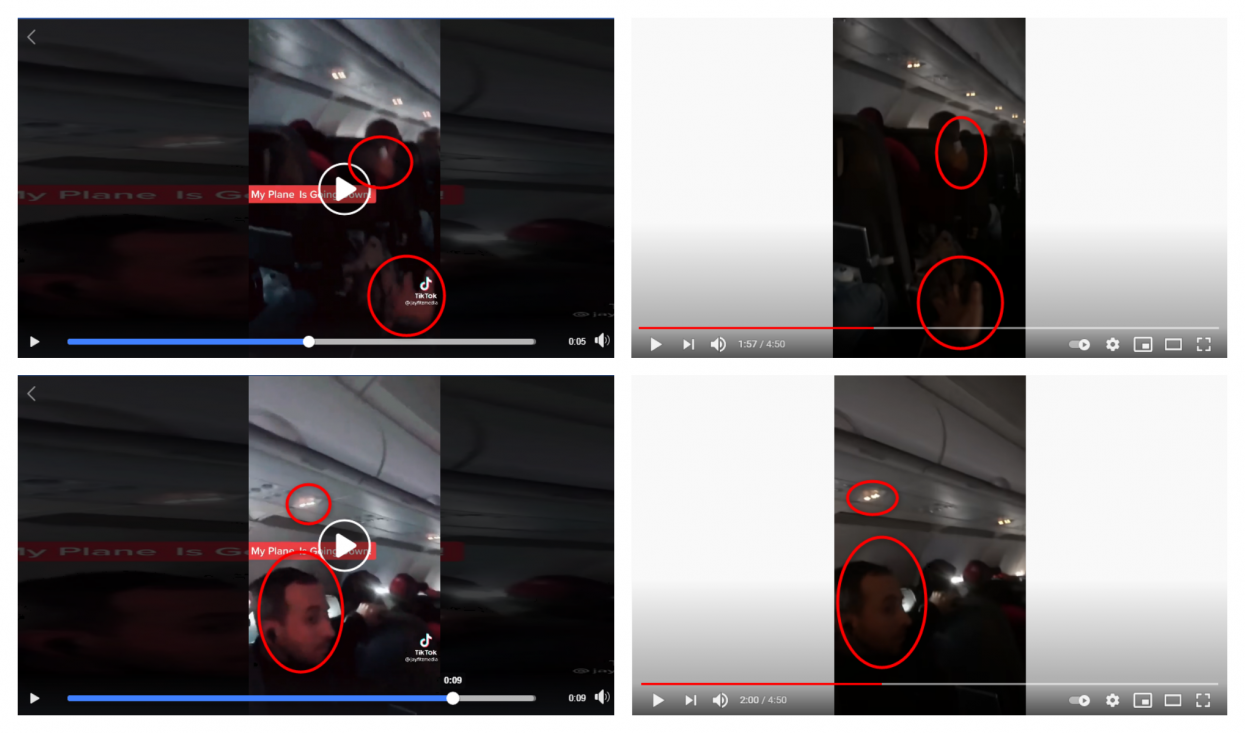