For over sixty years, the American company has made a name for itself as one of the premier manufacturers of forced induction systems.

Using that invaluable experience, Garrett developed a two-stage electric compressor that enables carmakers to optimize the potential of their FCEV powertrains by boosting hydrogen fuel cell stacks to higher pressures.

These vehicles are a key step on the path towards an all-electric, zero-emission future offering better range and faster refueling times than conventional battery-powered EVs.

They use hydrogen and oxygen, which are combined within a single cell to produce free electrons and clean water. Multiple cells are bundled together into a fuel cell stack, generating enough electricity to power a vehicle.

Just like conventional internal combustion engines, when these stacks are boosted to higher pressure and flow, their power density and efficiency can be significantly improved. 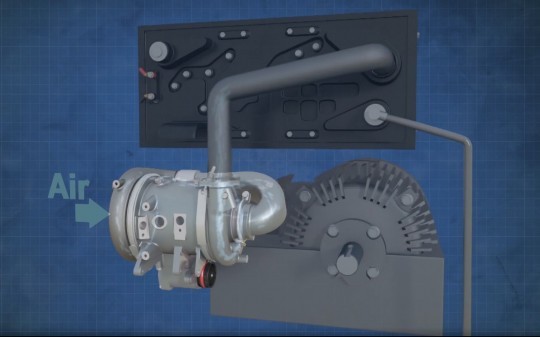 This enables carmakers to downsize the stacks and fit them into multiple types of vehicles. The increased efficiency also allows the use of smaller fuel tanks that can be integrated into the chassis without taking up too much space.

Garrett’s revolutionary electric turbo can operate continuously at a power of up to 20 kW, supplying air to the fuel stack at a pressure of 58 PSI (4 bar).

This is made possible by combining aerospace technology with the latest automotive advancements, like the airfoil bearings that increase the turbo’s efficiency, dramatically reduces noise, and eliminate the need to use compressor oil. 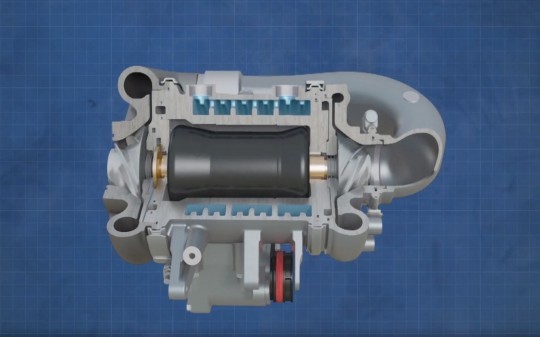 The result is a lightweight and extremely compact unit that allows automakers to reduce the size of hydrogen fuel cell stacks by 40% over predecessor systems while also increasing the power output.

Honda has been using Garrett’s two-stage electric turbo on the Clarity FCEV. Compared to its predecessor, it uses a smaller cell stack and fuel tank, which allowed engineers to increase the interior space which can now seat five adults comfortably.

Combined with Honda’s highly efficient electric motor and V Flow fuel cells, the revolutionary turbo helps provide enough power to equal the performance of a V6 powered sedan, according to the manufacturer. 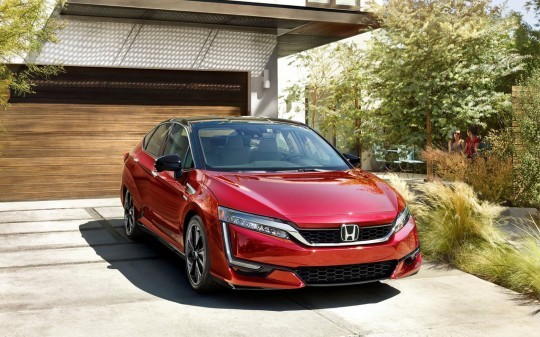 Although this might be an exaggerated statement considering that the Clarity only makes 138 hp (103 kW), the advantages of using the two-stage electric turbo are obvious, and future developments will undoubtedly increase the performance of hydrogen-powered drivetrains.

With the rapid development of refueling infrastructure, the future of FCEVs looks bright, especially since these vehicles offer roughly the same fuel range but are twice as efficient compared to similar gasoline-powered cars.

Garrett is fully committed to an all-electric future and will extend its focus beyond turbo innovations collaborating with car manufacturers to develop cybersecurity and integrated vehicle health management systems.

The company pledged to continue to improve its forced induction systems to help create more efficient vehicles, whether they are powered by hybrid drivetrains or fuel cell stacks.