“The “FCM 400” fuel cell module is TECO 2030’s building block for Marine applications. The zero-emission fuel cell has 400 kW net power output which is twice the capacity compared to other fuel cell providers.

The “FCC 1600” is a standard 20 ft. ISO container that holds four fuel cell modules with all related auxiliaries. 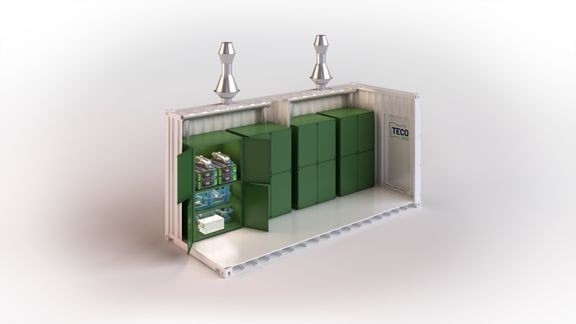 Only for illustration, from TECO 2030 ASA.

Based on feedback from customers and collaborators within the Maritime industry, both the “FCC 1600” and especially the “FCM 400” is a perfect fit for all ship vessel applications as it is market leading with respect to power density and dynamics, and scalable to any MW size needed. Thus, TECO 2030 expects the products to be the most utilized fuel cell solutions within the Maritime and Offshore industry,” said Tore Enger, CEO of TECO 2030 ASA.
Source: TECO 2030 ASA

Apple - Apple just had its best quarter in India