• Phoenix won the first meeting of the season with Philadelphia, 120-111 on Feb. 13, as Devin Booker scored 36 points and Chris Paul added 18 points and 10 assists to help the Suns overcome a 35-point effort from Joel Embiid. Embiid ranks second in games with at least 35 points this season (15), while Booker is 12th (nine). The Sixers are 11-4 when Embiid his 35 points and the Suns are 8-1 when Booker does.

• Phoenix ranks fifth in the league in assist percentage (63.0% of their made baskets come off an assist), while Philadelphia ranks 26th (56.4%). The Suns rank second in assist/turnover ratio as they dish out 2.09 assists for every turnover, and also rank sixth in lowest turnover percentage (13.0%). The Sixers rank fourth in the league in points off turnovers, which may be hard to come by against the Suns. 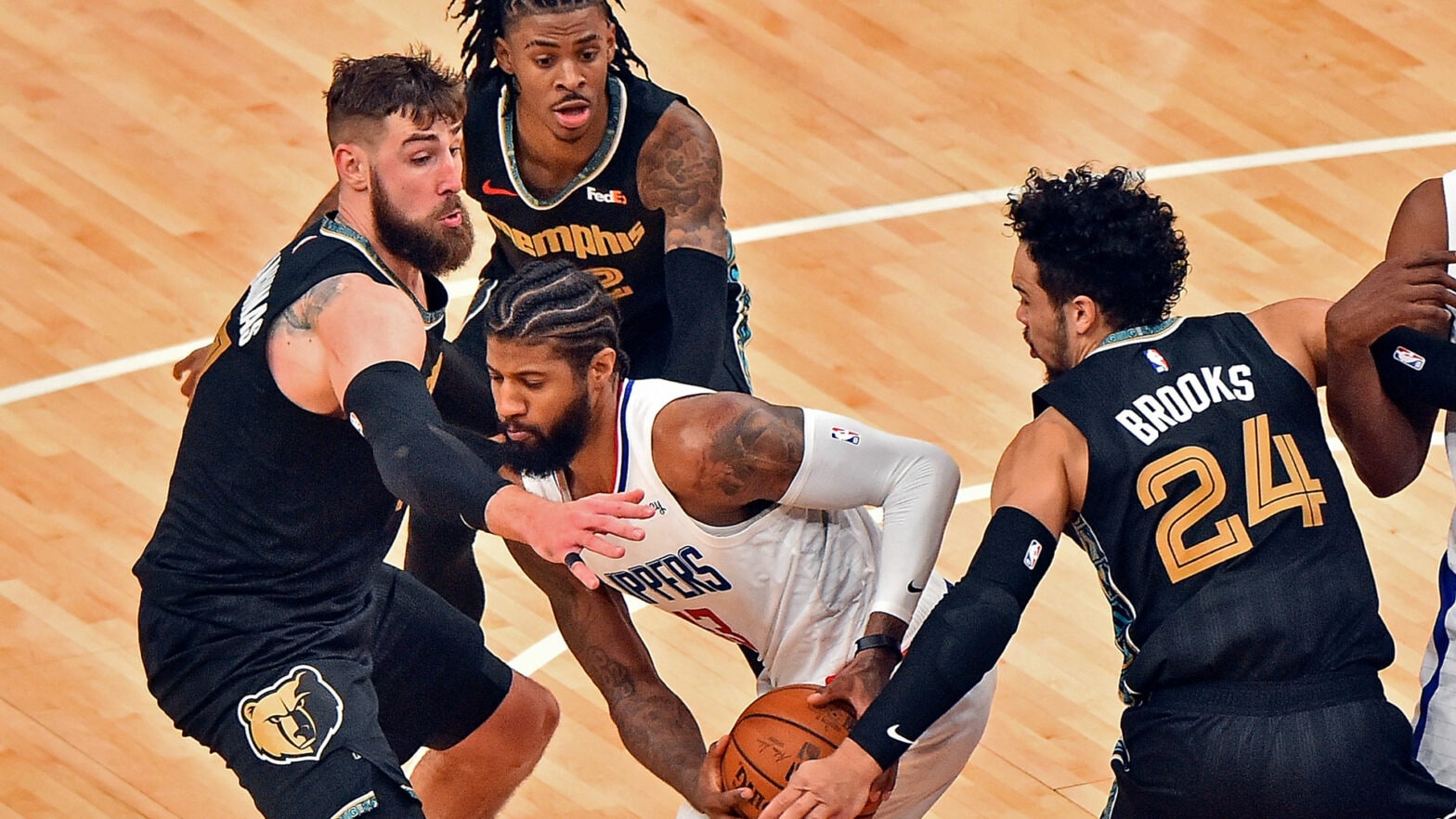 Paul George already has two of his four lowest-scoring games of the season against Memphis.

• The Clippers are coming off a 113-112 win against Portland on Tuesday night and will play on the second night of a back-to-back for the 12th time this season. They have gone an NBA-best 10-1 (0.909) on zero days rest so far this season with a point differential of plus-12.7.

• Kawhi Leonard returned from a four-game absence on Sunday, but did not play on Tuesday and has been ruled out for the next week with soreness in his right foot. The Clippers are 4-1 in the five games that Leonard has most recently missed with Paul George averaging 34.5 points won 51.5% shooting and adding 7.5 rebounds, 6.5 assists and 1.5 steals per game.

• The Clippers and Grizzles split their first two meetings of the season during a two-game series on Feb. 25 and 26, with both teams winning by at least 20 points. Leonard (who will miss tonight’s game) led the Clippers at 23.5 ppg, while George was held to 13 ppg — his second-lowest scoring average against any team this season. Dillon Brooks was the primary defender on George for 11:58 over the two games and held George to four points on 2-8 shooting. Jonas Valanciunas led the Grizzlies with 19 points and 13 rebounds per game.

Sports Gambling – What Is the Future of the NBA on TNT