“Cyberpunk 2077” had a troubled launch. Everybody knows this. As a result, developer CD Projekt Red had to deal with a myriad of lawsuits due to the game’s poor state at release, one of which now has an official filing date.

(Photo : Alexander Sayganov/SOPA Images/LightRocket via Getty Images)
MOSCOW, RUSSIA – 2020/12/24: Cyberpunk 2077 games for the Xbox One and PS4 platform seen displayed two weeks after the start of sales of Cyberpunk 2077.

GameRant reports that “Cyberpunk 2077” will be facing a single class-action lawsuit by the end of June. The information comes straight from CD Projekt Red board member Piotr Nielubowicz, who was asked about it during a shareholder meeting on May 25.

The lawsuit is actually a combination of the original four, all of which were consolidated into a single filing by the court, as reported by VG247. These were the ones filed against “Cyberpunk 2077” and its developer CD Projekt in December and January, shortly after the much-hyped game was released.

It is reported that a couple of the plaintiffs who filed the lawsuits were actually CDPR shareholders themselves. These alleged shareholders were among those who felt slighted when the developer and publisher seemingly lied to them about the actual state of the game on last-gen consoles, where “Cyberpunk 2077” ran at its poorest.

The aforementioned shareholders cited “financial harm” as one of their main reasons for filing the cases.

Still, this didn’t really affect “Cyberpunk” as a whole as it’s already recouped its production costs with its preorders alone. The game still notably sold really well (13.7 million copies within the first 10 days of release), despite being delisted from the PlayStation Store.

Read also: CD Projekt Red Not Giving Up on Cyberpunk 2077: Here’s Why

‘Cyberpunk 2077’ Issues: Are They Finally Fixed Yet?

For those who have been expecting to play the game after it’s been fixed, maybe you’ll need to wait a little longer.

Its latest Patch 1.2 did fix a lot of potentially game-breaking bugs, which seemed right given the download’s hefty 33 GB download size. But as PCGamer reports, Patch 1.2 is still far from fixing the game in its entirety.

Despite all the fixes and quality of life improvements (that bug fix for cars getting stuck is a godsend), the overall experience of the game is still more or less the same. 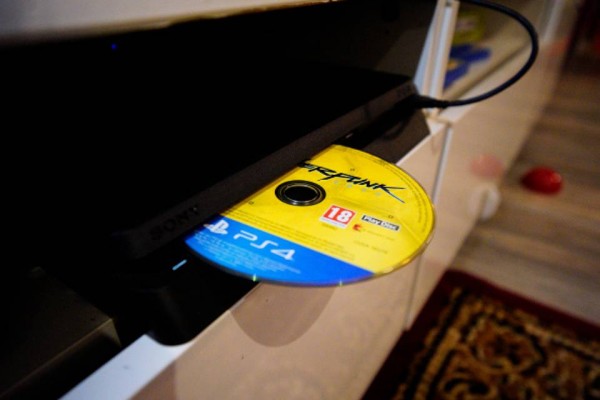 (Photo : Jaap Arriens/NurPhoto via Getty Images)
A Cyberpunk 2077 game disc is seen with a Playstation 4 console in Warsaw, Poland on January 6, 2021. Cyberpunk 2077 was hailed as the 2020’s most anticipated game however glitches in the game’s first release led to deep disappointment with fans. After nearly a decade of hyped anticipation critics blaimed bugs in the game on mismangement within the company with investors threatening a class action suit. The large amount of serious complaints even led Sony to offer Playstation customers a refund despite this not being part of the terms of service.

But it’s not all bad, though.

One of the biggest fixes involved what was basically the most annoying bug “Cyberpunk 2077” had at launch: cops spawning out of nowhere within seconds of you committing a crime.

CDPR seems to have mostly fixed this error, with cops now taking a little bit more time to spawn whenever a crime is reported. It’s still no perfect fix, but players at this point will take what they can get.

So, considering that there’s still a lot to sort out with the game, is CDPR going to release patch 1.3 anytime soon? According to GFinityESports, there’s almost no word. They are, however, hoping that CD Projekt Red does release something to follow the latest hotfix 1.22, which introduced a few quest fixes.

CDPR already revealed that they’re not giving up on “Cyberpunk”, considering it and their “Witcher” franchise as their bread and butter for the foreseeable future. In fact, there are already rumors of 10 free DLCs, though nothing about that is confirmed yet.

“Cyberpunk 2077” was supposed to be the “Golden Boy” of this console generation, yet it spectacularly failed to live up to mammoth expectations. But maybe there is light at the end of the tunnel, and the game will eventually become the great game it was made out to be.

Related Article: ‘Cyberpunk 2077’ V Harem: Can You Romance Multiple Characters at Once?

SME Stock – BSE SME to see 63 listings in one year; strong lineup for small businesses ahead