‘For me, metal is a very centring force in my life’

Singer, actor, song-writer, composer and a hardcore heavy metal fan… it’s no surprise that Shruti Haasan loves the bands and tracks that started originating in the late ’60s to ’80s. Not only does it show in her dressing sense but the 35-year-old also adds influences from those times to her own music. Although it is not metal, she in her way adds the questioning nature to the lyrics, packs energy in its own way and is also inspired by polyrhythms and metal chord structures. A candid chat…

You were into dubbing for your father’s films and then found your love in music. When did the love for punk rock, heavy metal and rock ’n’ roll start for you?

Well, it was a mix in the kind of music that was around home because music is very much like food, right? You go exploring along a certain palate. And then it was about being in Chennai and the kind of school I went to and some of my friends that I had made, who were into it. For me, my first introduction was that my father (Kamal Haasan) was a big fan of The Who, so I thought ‘what is this?’ And there was Jimi Hendrix and stuff and that kind of set the tone. My mum as well had really exclusive taste in music. She introduced me to The Prodigy and stuff so that was really cool apart from the classics… the Dylans, Marleys and Beatles. Later on, heavy metal was something… I can’t remember the precise moment but it was when I had first heard Iron Maiden and I really loved it. And then from there it just got heavier and heavier (laughs). 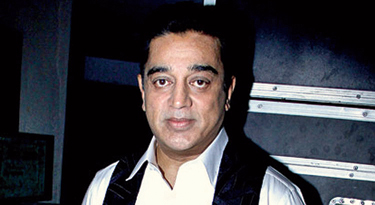 Who are some of the artistes you bought albums of since metal fans were into collecting albums and merchandise?

Now when I hear some albums they take me back to a very specific time in my life. First of all I used to subscribe to Kerrang! (devoted to rock, punk and heavy metal music in Britain) magazines and used to love the compiled CDs that they used to send. I used to listen to Poison, Venom and all of them and I used to listen to death metal and stuff anyway. Then slowly I was evolving into other forms of metal but for me the two albums that stay with me forever, is so palatable across genres, so strong in the songwriting and performances, were Toxicity by Systems of a Down and Morning View by Incubus.

What was it about heavy metal that attracted you to it?

For me, metal is a very centring force in my life. It gives me a sense of centre and it always has. So even when I was younger and going through things that I couldn’t articulate or express, metal actually helped me find my centre and my thought. I love the energy of it. There is a very disciplined defiance to heavy metal, which is a disciplined defiance I choose to live my life with and I learned that from metal.

Would you say that the influence of that kind of music reflects in your style and music as well?

Ya, it’s a tricky thing with my music because I don’t perform metal… I don’t play a guitar and do the traditional things. But the takeaways I have from metal were definitely the lyrics, especially from bands like Tool and early Incubus, Systems of a Down… the questioning nature of the lyrics and the ability to be driven by your own uniqueness, which is very metal in its energy. For me, when I play the piano, a lot of the times I end up writing piano riffs that could easily translate to a guitar riff. I love that kind of heavy chording even in my piano. So even though it doesn’t sound metal it’s very much inspired by polyrhythms, chord structures, being dissonant and all of that has come to me from metal. I trained in Hindustani Classical, which is very much about staying in a certain parameter and exploring your freedom within that raag, but in metal with dissonance and listening to bands like Meshuggah and Lamb of God, really influenced me to find a fusion and mix that into piano and lyrics and bring my Indian stuff in as well. 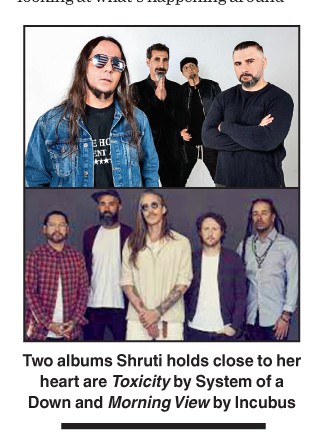 Speaking about your music, what new content are you working on?

I currently have a song that is going to be up for release very soon. It’s a song that people have heard from my live gigs in the UK. So we’ve reworked it and restructured it. It is still like the rest of my music, quite autobiographical but I like to write in a way that comes from me but belongs to everyone and something I learnt in music school is, remember the songs you love, you love them because they allowed you to connect your life to them. That’s how I always like to write as well. This song is similar and has got elements of fusion…. It’s a mix of languages but it is very much driven by the piano and acoustically driven just like my previous song, Edge.

Are you also a gamer? Because we saw the Cyberpunk 2077 (a game by CD Projekt) unboxing video on Instagram…

I’m not as avid a gamer now as I used to be. When I was younger and before I started acting, when I was just doing music, I was very much into gaming. I had my Xbox and I was into fight games, like Tekken and Mortal Kombat and stuff. I was also really into character-based games like Heavy Rain that I would play for at least 11 hours. My sister and I were into heavy metal, video games, she was into football, I was into cricket. I would play mostly with my sister.

It’s such a difficult time and a lot of artistes are feeling that they’re not able to articulate. We’re not being able to create and I feel that I must be able to put art into the universe in some form or the other. And because of the nature of things right now, how uncertain and helpless the whole situation is, it definitely becomes a difficult time to create art. That post was my way to try and communicate that all of us are feeling a bit s**t because it is a terrible situation and I’m not able to articulate it.

Social media can be overwhelming even if you do right by it. What are some methods you have adapted to keep yourself in a better state of mind?

Everyone has a different coping mechanism but this time around I do not prescribe avoiding things or shutting off. I think it is an important time in the history of the country to be looking at what’s happening around us and the society has to be aware and informed. Having said that, nobody wants to fall down a spiral or go scrolling down the dark rabbit hole. I also find that social media is evidently a great tool at this time for the number of ways in which people are able to communicate that they need help.

Musicians are back to zero live gigs, but do you think it will be easier for them to bounce back than before?

Gigs had started opening up, sure, but we didn’t fully go back to normal gigging. At least in movies we were able to go back to a set. But at live venues, whether it’s in London or here, involving an audience, in close proximity… it’s a no-fly zone, right? It has been a very difficult time for musicians, especially who depend on live gigs. And even for the tech, sound engineers and support crew who need gigs because what can they do? Some of us were lucky enough to use our time to start creating projects or start ideating. But there are daily wage workers in those industries that need things to move.

A lot of them are going live. Are you planning to do some online gigs as well?

I had done that last lockdown but this lockdown the energy is very different. We all have to pool in together. I have taken the choice to make this time more about sharing information and spreading a bit of positivity. I would love to go live if there was an opportunity.

Apple - Apple's chipmaker could build up to 6 factories in Arizona