An extremely creative programmer finds a unique way to play music with the Nintendo Switch Joy-Cons and the HD Rumble technology.

The creativity and skill of the gaming community never ceases. Many draw inspiration from the likes of Nintendo and other video game entities, but sometimes the imagination of artists and programmers is simply remarkable. The Nintendo Switch has sold over 75 million units, but there are likely very few who have turned the Joy-Cons into music devices the way that one recent Reddit user did.

Nintendo has long been known for its music. Whether it be the Super Mario Bros. theme, music from The Legend of Zelda, or tunes racing through tracks in Mario Kart, a part of the nostalgia of Nintendo is the music itself. That is likely why so many artists pick Nintendo music as a backdrop for creativity, and why someone can go viral simply recreating the Mii Channel theme, for example. This recent example goes beyond simplistic creativity, however, as this person used some serious programming know-how to make something special.

RELATED: Artist Imagines The Legend of Zelda: Breath of the Wild as a Polly Pocket

Reddit user u/Sarossilli recently posted a video on r/NintendoSwitch over on Reddit. The video shows music being played using the Joy-Con Rumble technology. Using a program that Sarossilli created, they are able to play any .midi song file through the Nintendo Switch Joy-Con. The video itself is the well-known Mario theme song. And although it is imperfect, some may argue that it sounds a better than some Wii Music.

The comment section is filled with a combination of amazed users and jukebox-esque requests. And because Sarossilli created the program to be able to play any song in which they can find a .midi file, those requests can often be granted. The theme for Marble Madness was one of those wishes, as was Welcome to the Black Parade by My Chemical Romance.

A running joke within the modding community is “Can it play Doom,” as someone recently was able to get Doom running on an old DSLR camera. So with that in mind, one commenter asked to get the Doom music playing via the Joy-Con rumble, and again that wish was granted.

The Nintendo Switch is perhaps one of the more flexible video game consoles. To be able to take a handheld console on the go for hours of tranquility with indie titles like Stardew Valley, then take the same console back home for Apex Legends fun online with friends or open-world beauty with a game like The Legend of Zelda: Breath of the Wild all on the same console is something that other systems cannot provide. But the Switch is all of that. However, the gaming community has the ability to tap into a level of creativity for even more. There are very few–if any–who ever considered the Nintendo Switch to be a musical instrument.

MORE: Nintendo Switch Pro price: How Low is Too Low? 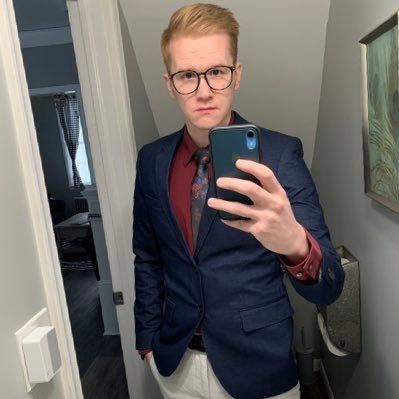 Ever since Jonathan first laid his eyes on level 1-1 in Super Mario Bros., he has been hooked on all things video games. A self-proclaimed Nintendo nerd, Jonathan has owned every single Nintendo console (save the Virtual Boy) but also became a big fan of Xbox and PlayStation once the 2000s rolled around. Through news, features, reviews, and previews at Game Rant, Jonathan believes it is just as important to be critical in journalism as it is to be thrilled about the joy that top-notch game design can provide.