We’re going to look at the past performance of Elliott Wave Charts of General Electric stock ticker symbol: $GE, which we presented to members at the elliottwave-forecast. In which, the rally from 13 May 2020 low unfolded in 3 wave structure with extended 3rd wave. Therefore, we knew that the structure is taking a form of an impulse sequence & it should see another new high to complete the 5 waves rally. So, we advised members not to sell it & buy the dips in 3, 7, or 11 swings at the blue box areas. We will explain the structure & forecast below: 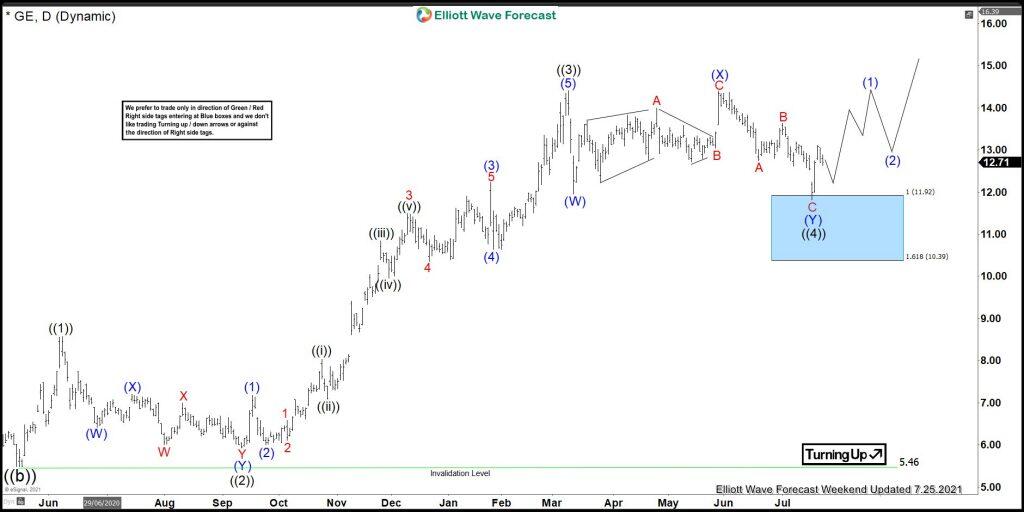 GE Cracks the $7 Barrier. Wall Street Analysts Are at Odds Over the Stock.

General Electric is Down for the 2nd Day in a Row