The new Spiral Abyss has introduced a new Corrosion system which is giving a really hard time to all players in Genshin Impact.

Characters affected by corrosion will lose a fraction of their HP every second. This effect lasts for 10s and can stack independently. It also affects the off-field characters which worsens the situation. Players need to have well-built healers in both teams to survive this status ailment.

Jean is an all-in-one character in Genshin Impact who can deal good damage and heal simultaneously. What makes her great against corrosion is her ability to heal all the party members even if they are not on the field.

With a sub-DPS build, she can deal significant Anemo damage to enemies. Jean is easily the best choice for Spiral Abyss floor 11.

Regardless of any situation, Bennett is a top-tier supporting character in Genshin Impact. His Elemental Burst gives a considerable attack buff along with continuous healing within an AoE.

Bennett’s healing scales off to his HP so it’s easier to build him. With a 4pc Noblesse Set and an Energy Recharge weapon, players can easily keep up with the health of their party.

Although Corrosion goes through a shield, players will still need some protection to not incur additional damage from their enemies. In that regard, Diona can prove to be instrumental.

Her shield is one of the strongest in Genshin Impact. It can also heal if stacked with enough Energy Recharge. Most importantly, all of her abilities scale off to her HP, so building her will be way easier than any character. 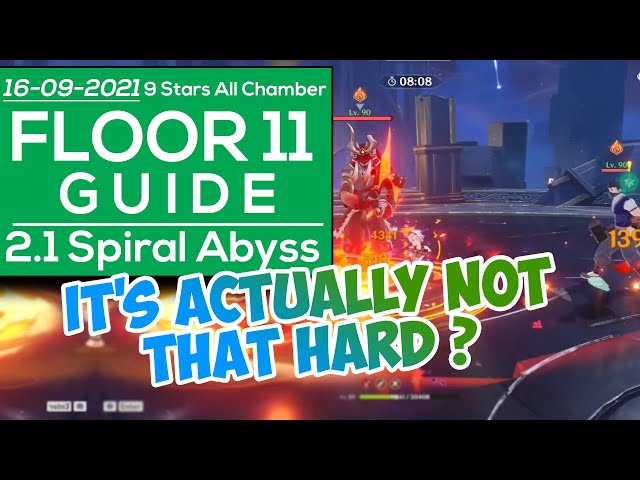 Barbara is one of the free characters in Genshin Impact that every player gets at the start. Just like Bennett and Diona, Barbara’s healing also strengthens with her HP. She is a pure healer and can also be used for Hydro based reactions.

Barbara’s sixth constellation grants her the ability to revive a fallen character to their full HP. This can be of great use in Spiral Abyss where food cannot be used in between battles.

The upcoming 5-star Hydro character, Kokomi, also seems like a great option for floor 11. In fact, she may be the ideal choice to tackle corrosion, as Genshin Impact’s Spiral Abyss is often tailored to promote the featured character banner.

Some leaks have revealed Kokomi possessing insane healing abilities along with high damage multipliers. Both of her abilities heal and scale off to her maximum HP. Kokomi’s banner will be released on 21 September 2021 and will last until 13 October 2021, when version 2.2 is released.

Note: Kokomi’s abilities are based on the leaks released as of writing this article.