Home » Gold price Today – ‘A regime change in gold’: This is why gold price is last to surge on inflation trade – portfolio manager 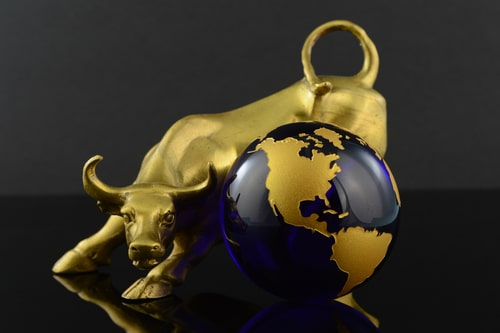 (Kitco News) The gold market was one of the last assets to rise on inflation fear headlines, and that is because there has been a regime change in the precious metal market, said Portfolio Wealth Advisors president and CIO Lee Munson.

Investors shouldn’t rush to buy gold because they fear a crisis or hyperinflation. For gold, it is now all about the central bank’s expansion of the balance sheet, Munson told Kitco News, adding that gold will rise to $2,200 before the Federal Reserve starts raising rates.

“I don’t buy gold for a crisis. I buy it because when there’s a crisis, and I think the central banks are going to print money like there’s no tomorrow, that’s the time when I want to have a larger holding of gold,” he said. “My ultimate target in this cycle of money printing is $2,200 an ounce. That’s between here and when the Fed starts to raise.”

Munson makes a distinction between gold climbing along with the balance sheet expansion and not with inflation fears because not all countries will end up getting hyperinflation with massive money printing. But gold will still be a winner either way.

“I don’t think that inflation and gold are really that tightly connected. Gold moves are related to inflation. One of the biggest problems people have with gold is walking around saying it’s an inflation hedge. But that’s not necessarily true. We had plenty of inflation in the 80s, 90s, and gold went down. But, when you have countries outside the U.S. that have hyperinflation, and the money gets debased, gold is a store value. It’s been that way for thousands of years. That’s why people buy it because they’re worried about their currency being debased,” Munson explained.

And right now, the U.S. is going through a period of money printing that won’t stop until the first half of 2023. “And if the past is anything like the future, which it should rhyme, then gold has some legs beyond the crisis,” Munson pointed out.

Also, the Fed is forced to keep rates lower for longer every time there is a recessionary environment in light of all the corporate and household debt.

Inflation is definitely a risk, but people are overreacting to the magnitude of the actual price pressures, he added. “Getting up to 3% inflation would be very dramatic. And I think many people are thinking of the late 70s, early 80s type of inflation — when gold peaked. I don’t think that’s the magnitude we’ll get,” Munson said.

The U.S. Treasury and the Federal Reserve are more concerned about deflation than inflation, and all they want is to see if the U.S. economy can even get above and stay above the 2% inflation target for a few quarters in a row.

“The Treasury and the Fed need to keep these rates lower so they can keep stimulating because right now they are concerned about deflation, not inflation, and that’s a regime change,” Munson noted. “And thus, we have a regime change in gold because now our central bank is much more concerned about trying to get to 2%, 2.5%, 3% for more than like a month.”

A lot of investors are assuming that inflation will jump and the Federal Reserve will overreact. Munson added that he is not convinced that will happen.

“There’s a lot of evidence that it’s just the expansion of that balance sheet that gold reacts to. I understand that in many situations and in many different countries, the expansion of the balance sheet leads to hyperinflation due to the debasement of the currency. But I think that that’s too easy of a read on it for the U.S. It’s more about how much money is printed, not necessary if there’s core inflation,” Munson said. “We’re choosing a populous path of modern monetary theory. And everybody in the world knows it. That is why the U.S. dollar is going to continue to struggle.”

But the Federal Reserve is unlikely to lose control because they control the money and the rates, he stated.

Gold price Today – At play in the fields of gold: climate change brings opportunity and challenges for Origin Enterprises