by Alex Lowe
in Highlights
0

Demand for tokens in the pre-sale indicates significant interest in the Web3-creator economy startup, DEIP, with thousands of people from over 50 different countries registering their interest.

Web3-meets-creator-economy company DEIP concluded its pre-sale on 30 November, with a sell out oversubscription of over 10 times the allocation. The pre-sale was split into allocations from $500 to $100,000 and investors filled them all. This massive oversubscription shows the appetite for investment in Web 3.0 technology for the creator economy and the belief shown in CEO/Co-Founder Alex Shkor’s leadership and team. 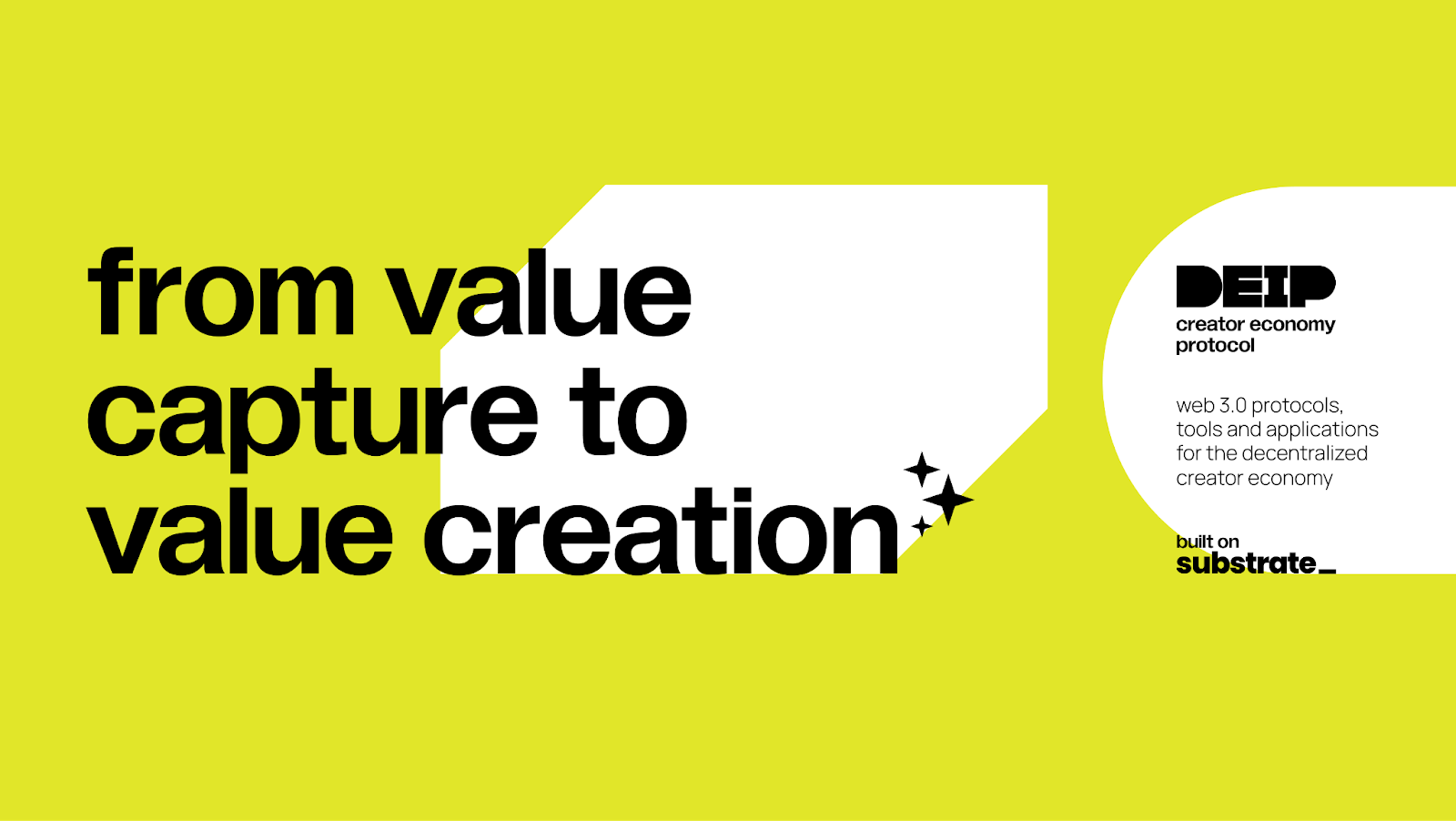 DEIP launched its pre-sale on 28 October 2021 to offer the public the opportunity to buy a native token of the project. The date of IDO has been shifted to allow the company to undergo all of the requisite audits properly and in time before the network launch.

Backed by VC funds such as Hillrise Capital, Blockwall Capital, AU21, GAINS Associates, Shima Capital, and angels such as Danish Chaudhry, CEO at Bitcoin.com Exchange, DEIP distributed 2% of network tokens during the pre-sale. The price of a DEIP token during the pre-sale was $0.01 USD, giving the project a valuation of $40M. The maximum total amount of network tokens is 4 billion, meaning 80 million tokens will be distributed.

DEIP provides a Web 3.0 infrastructure for a decentralized creator economy. Using Web3 technologies, DEIP plans to make creator economy assets (like patents, music, movies, etc.) more liquid at any stage of their development. By tokenizing intangibles as NFTs and F-NFTs. DEIP enables a novel way of governance of these assets using DAOs. When these assets are tokenized, they can be used as collateral in Decentralized Bank for Creators to borrow stablecoins. With such technologies creators will have much better access to capital and be able to realize their potential.

“As a decentralized project to the core, we need to involve the community to give them ownership and a say in decisions via token ownership. Due to high demand and an ongoing audit, we decided the community of early supporters should be given the chance to participate in the pre-sale round under more favorable conditions,” said DEIP CEO and Co-founder, Alex Shkor.

DEIP token is the native token of the DEIP network. DEIP token serves three major functions in the network: utility, governance, and staking and yield farming. DEIPs yield farming differs from that of other tokens in that the underlying asset is not crypto, but intangible and high-value intellectual property.

7 Cryptocurrencies to Invest in in the Long Term

Everything You Need to Know About Coin Burning in Crypto

5 of the Hottest Cryptocurrencies Right Now Beyond Bitcoin & Ethereum

Hom much can you save from choosing the best online gambling site?

In Pursuit of Truer Pastures? The Myths About Investing in Agriculture You Need to Uproot

Five Brands With Logos That Everyone Can Recognize