The numbers will show how consumer spending is shaping up as the economy rebounds from the coronavirus. And after U.S. consumer prices rose by the most in nearly 12 years in April, investors will want to see whether price pressures are building for companies.

S&P 500 firms are set to post a 50.4% increase in quarterly earnings from a year ago, according to Refinitiv IBES data, with the consumer discretionary sector posting a jump of almost 189%.

As Taiwan grappled with a major power outage and the threat of a fresh COVID-19 lockdown, concern about further disruptions to an already tight chip supply chain also weighed.

But cash remains cheap, market corrections have proved shallow so far, and it is unclear that the ongoing inflation pick-up is the real deal. Investors may not yet be ready to turn their back on tech.

– Traders not betting on a quick U.S. market rebound as tech stocks tumble 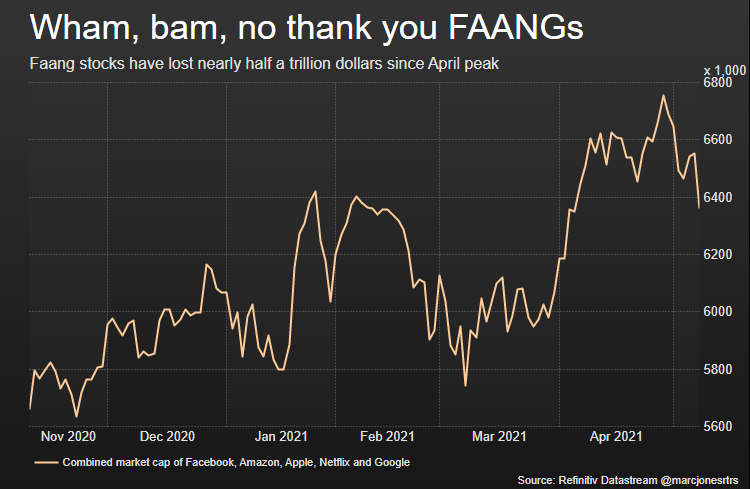 Economic data is back in focus after a raft of mostly upbeat readings in recent weeks. Cue flash Purchasing Managers’ Indexes (PMIs) for May across much of the developed world at the back end of the week. Before that, on Tuesday, investors will be able to chew on Japanese and euro zone first-quarter GDP numbers.

Vaccine rollouts and signs of recovery mean PMIs in major economies should hold comfortably above the 50-line dividing expansion from contraction.

Perhaps more market-moving will be the prices-paid component, an inflation indicator. Note, the euro composite input prices index jumped to 64 in April – the highest in 10 years.

– What U.S. inflation signs would cause the Fed to change course?

4/ EIGHT YEARS ON FROM A TANTRUM

On May 22, 2013, then Federal Reserve chief Ben Bernanke said that over the coming months the bank could “take a step down in our pace of (asset) purchases.” Those remarks set off a months-long selling storm – the taper tantrum.

Eight years on, are markets in for another tantrum?

There was taste of it in a panicky reaction to Treasury Secretary Janet Yellen’s comment, quickly walked back, that rates would have to rise someday. Still, a strong economy suggests the Fed will have to soon start hinting at unwinding asset-buying stimulus; tapering could even start by end-2022.

Recent data, including the blowout April inflation print, has sown fear that rates may rise sooner than expected. One worrying change since 2013 is the $70 trillion-plus rise in global debt. If wobbly markets fail to get reassurance from Fed speakers in the coming days, a mini-tantrum could follow. 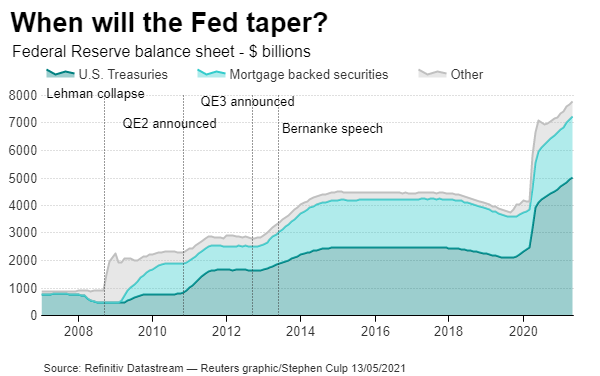 5/ JOBS UP DOWN UNDER

Whether Australia’s jobs boom can survive without government support could become clear from labour data due on Thursday. It should reveal that jobs lost during the pandemic have been more than recouped, but the reading for April is the first official data since wage subsidies expired at end-March.

Job ads and surveys point to a chance they could confound government forecasts for losses and show a small gain in employment – a surprise which could renew chatter about policy tightening.

The Reserve Bank of Australia wants to see long-elusive wage growth, and doesn’t expect it before 2024. But, as Deputy Governor Guy Debelle puts it: “It is the state of the economy that is the key determinant of policy settings, not the calendar.” 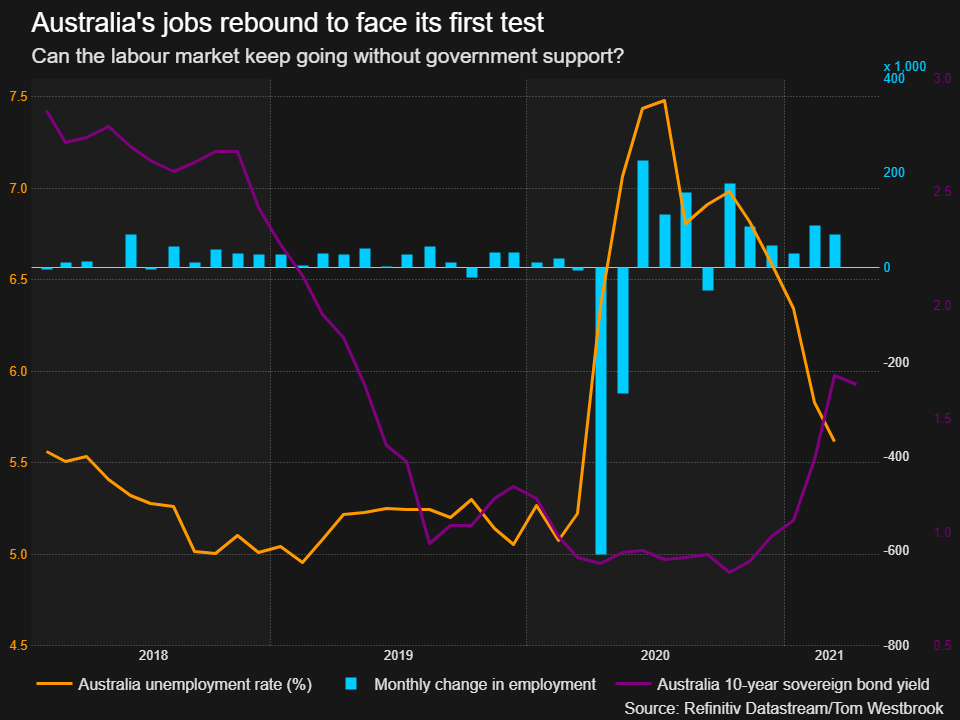 The Home Depot – Deals, specials, and events to treat your dad

Roku Stock - 2 Growth Tech Stocks to Buy at a Discount Despite Inflation and Volatility - May 13, 2021