Even as relation fray between them, US President Joe Biden and Russia’s President Vladimir Putin agreed to address the worsening climate crisis in a virtual conference on Thursday. Dozens of other national leaders are also set to attend.

“Vladimir Putin will outline Russia’s approaches within the context of establishing broad-ranging international cooperation aimed at overcoming the negative consequences of global climate change,” the Kremlin said in a statement on Monday.

President Joe Biden has invited 40 world leaders to the online climate summit, including Xi Jinping of China, as part of his focus on addressing global warming.

Putin’s attendance signals that he is still open to dialogue with the United States despite a flurry of new sanctions.

Moscow confirmed Putin’s participation amid diplomatic clashes with Washington and the European Union over jailed Kremlin critic Alexei Navalny and the conflict in Ukraine.

The planet as common ground

Relations between the US and both China and Russia have slumped to new post-Cold War lows since Biden took office in January.

However, the new administration has used the growing climate emergency as a way to find middle ground.

Russia and the US succeeded in holding climate negotiations earlier this year. The two nations identified forest fires, nuclear energy and the Arctic as areas of cooperation.

Russia’s economy is still highly dependent on fossil fuels. However, Russian weather officials have acknowledged that increasingly destructive Siberian fires and historic declines in summer sea ice in the Arctic could be partially traced back to climate change. 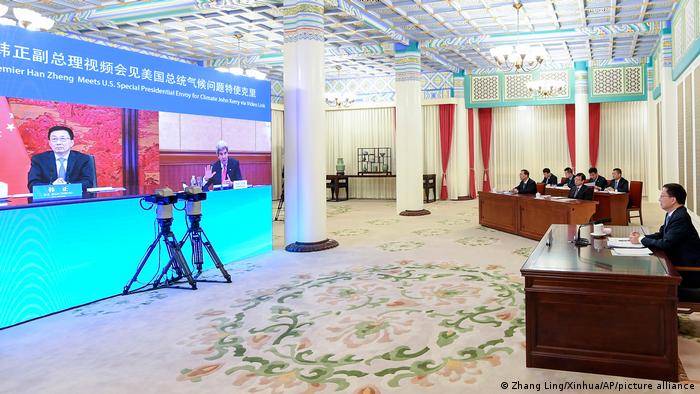 Previous talks between Chinese and US delegates in Alaska yielded little more than an agreement to work jointly on climate issues.

Will there be more bilateral meetings?

The US president also announced he wants to meet Putin face to face in Europe this summer to discuss their strained relations.

Putin has not yet indicated whether he will accept the offer.

Online Checking - How to protect yourself from SIM-swap fraud...