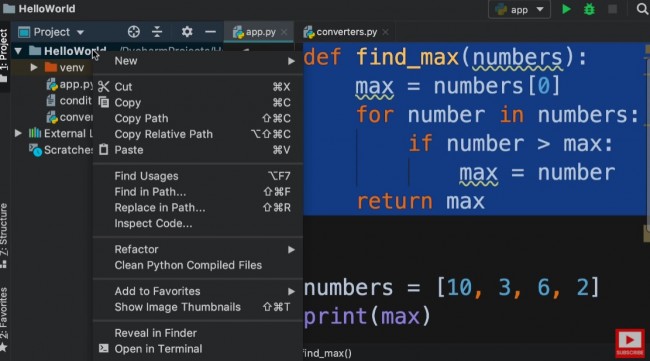 Numbers and codes are Kautilya Katariya’s breakfast.
(
Screenshot from YouTube/ Programming With Mosh
)

Believe it or not, Kautilya Katariya exists as the world’s younger coder at the age of seven.

Kautilya Katariya is Inhuman in his Feat

Kautilya Katariya is not your ordinary kid in the neighborhood. Kids of his age might be playing hide-and-seek or tag outside, and even immersing themselves in computer video games. Kautilya, however, has a strange interest for his young age.

Katariya is an Indian child prodigy who already has a grasp in computer programming. He became the world’s recognized youngest coder last year when he was still a six-year-old genius. The Guinness Book of World Record hailed him as the youngest child to receive an AI certification from the IBM, Eye Rys reported.

Now in his seventh year as a computer wizard, Katariya still continues to impress a lot of people with his ‘inhuman’ intelligence in doing coding works.

At first, you might think of the mental torture that Katariya underwent, only to absorb all the learning from several programming books that he had read. While it suggests that people see that as a fast way to be worn out easily, Katariya considers the numbers and codes as his ‘best friends.’

In a report by Suzanne Humphries of Review Geek, Kautilya’s father, Ishwari Katariya, said that his son really took his time through learning several technological applications at home during the COVID-19 lockdown and holidays in England. Kautilya managed to create his own website and even his own game.

“We were looking for some structured and well-defined computing and AI courses available for free, and IBM‘s courses matched all those criteria,” Ishwari told about Kautilya.

Kautilya began tinkering with just few programming languages like Python, Java Script and HTML. Out of the three coding languages, Kautilya formed a bond with Python which later became the apple of his eye because he truly loves to engage in machine learning and AI building.

In only seven months, Kautilya already finished his Python learning before earning his certifications and his Guinness World Record at the same time in November 2020.

Kautilya sought peace in mastering professional computer coding since IBM‘s free courses offered a lot of available learning space. While a verified certification costs $99, it is more than worth it to take it. If you are pursuing a full-time coding-related job in the future, it will increase your job prospect and will highlight your achievement on top of other applicants.

Currently, Kautilya is not yet finished with his track on AI learning. He is now pursuing two more courses from IBM to earn his next Applied AI professional certification. Mentorship with another child prodigy Tanmay Bakshi is one of Kautilya’s plans to further enhance his developer skills in the future.

At this point, you are wondering if Kautilya Katariya’s intelligence is uncommon in India. In reality, India became a nest of child prodigies besides him and Bakshi.

Abhigya Anand is the youngest astrologer who predicted COVID-19. Kautilya Pandit is another alpha geek who won on Kaun Banega Crorepati, India’s version of “Who Wants to Be a Millionaire” at the age of six.

Meanwhile, Licypriya Kangujam was the youngest speaker in the United Nations Framework Convention on Climate Change. Lydian Nadhaswaram is a music intellectual who already master piano-playing while Samaira Mehta is already a founder of CoderBunnyz who loves coding.

In the world of sports, Pooja Bishnoi triumphed in athletics even she’s only eight years old. Rameshbabu Praggnanandhaa, on the other hand, was the world’s youngest chess grandmaster at the age of 12.

Still, we are wondering how India molds their children to be the best in every area – of either intelligence or physicality.

This article is owned by Tech Times.