Home » Fact Check: Picture of top foreign intel agencies at the same table in Delhi? Not quite

A picture is being widely circulated on social media with the claim that it shows the world’s top intelligence agencies sitting together for the first time in Delhi to discuss global terrorism. 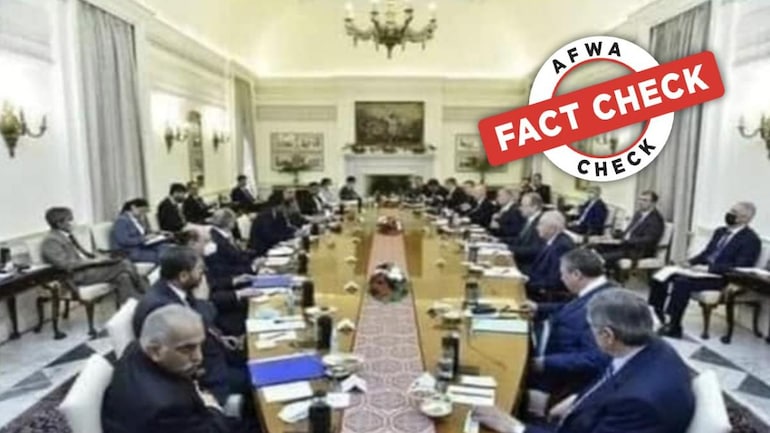 Top security and intelligence officials from the United States, United Kingdom and Russia flew down to Delhi recently to discuss the situation in Afghanistan post the Taliban takeover.

Soon after, a picture of a meeting started circulating on social media with the claim that it shows the top five intelligence agencies of the world sitting together for the first time in Delhi to discuss global terrorism. India Today Anti Fake News War Room (AFWA) has found the claim to be misleading. The picture is of the delegation-level meeting between Indian and Russian National Security Advisers. Meetings with intelligence officials of other countries were held separately.

As per these articles, on September 8, 2021, a delegation-level meeting took place between India and Russia in New Delhi. National Security Adviser (NSA) Ajit Doval and his Russian counterpart Nikolay Patrushev discussed the “prevailing situation in Afghanistan following its takeover by the Taliban and its security implications for India, Russia and the Central Asian region”.

News agency ANI had tweeted these images on September 8 with the caption, “Delhi: A delegation-level talk of National Security Advisors (NSA) between India & Russia underway.”

We found another article by “Hindustan Times” published on the same day with the headline, “MI6, CIA chiefs and Russia’s Security Council secretary make beeline for India”.

As per this article, Nikolay Patrushev, the secretary of Russia’s security council; Richard Moore, the head of UK’s Secret Intelligence Service or MI6; and Central Intelligence Agency (CIA) director William Burns met Doval separately. This was also reported by other news outlets during the same time. 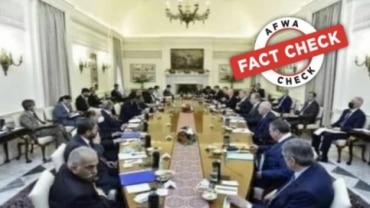 ClaimPicture of RAW, Mossad, CIA, KGB and M16 officials sitting together in Delhi to discuss global terrorism.ConclusionTop security and intelligence officials of the UK, US and Russia met NSA Ajit Doval separately in New Delhi. This image shows the delegation-level meeting between Indian and Russian NSAs.

The number of crows determines the intensity of the lie.