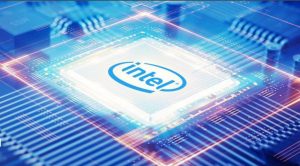 Now, despite it being the No.1 chip company with annual revenues topping $75 billion at a gross margin of 50%+, it is seen as falling.

It is seen that way because its process technology has fallen behind TSMC’s.

So, to Daniel Loeb, an activist investor said to have a near $1bn stake in Intel, the answer is simple – give up manufacturing.

That would allow Intel to save a large part of its $14 billion a year capex budget and a large chunk of the $3.3 billion a year it spends on R&D, at the expense of paying TSMC a manufacturer’s margin on its chips.

Intel wafers have always been thought to be very expensive wafers so it’s possible that going fabless would improve its margins even though a 5nm TSMC wafer is said to cost $17k.

Intel naturally responded to Lib politely in public saying it ‘welcomed input from all investors to create shareholder value’.  But that doesn’t look like the way it’s going.

“We’re going to continue to invest in seven (nm). We’re going to invest in five. We’ll invest in three, going forward,” said CEO Bob Swan recently, while GAA, nanowire and nanosheet transistors are on the Intel R&D roadmap – hardly the agenda of a fabless contender.

However, with the technical resources of America behind it, one doesn’t expect Intel to give up process development lightly, while Washington is beating the drum to keep the home fabs burning with money for US-based process development and manufacturing.

With Samsung investing in fab in Austin and TSMC in Arizona would Intel stand idly by and let the Asians snaffle Uncle Sam’s largesse?

One of Intel’s core competences over the years has been re-invention. One expects to see it deployed in 2021 but substituting an accountant’s approach to re-invention for an engineer’s.

Intel Stock – Calls on Intel May Be Too High, Analyst Says, as Notebook Makers Cut Output

New Midwest flights to the US Virgin Islands this Winter