Intel has been slapped with a massive $2.2 billion fine by a federal jury in Texas over the chip giant violating patents held by Dutch semiconductor company VSLI Technology LLC. 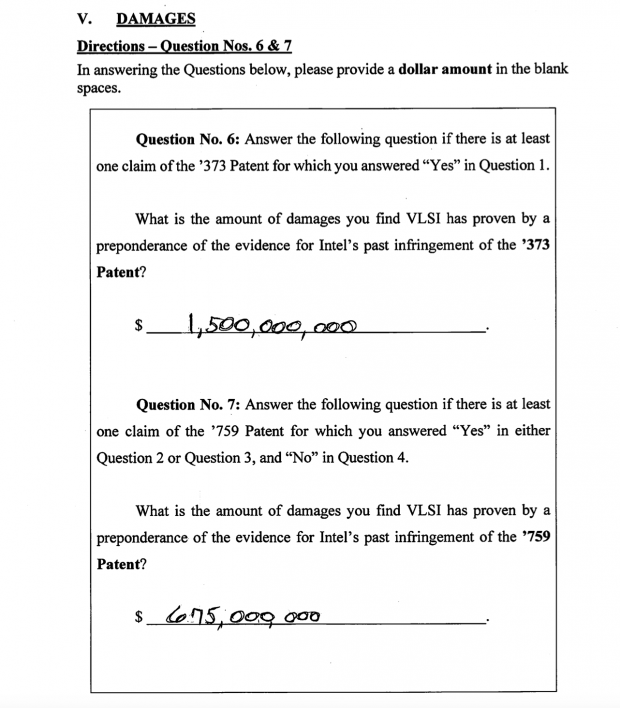 The patent violation is over two patents held by VLSI along with NXP Semiconductor getting a slice of the pie, as it owns a part of the patents, with the split of $2.2 billion going into $1.5 billion and $675 million. VSLI acquired NXP Freescale Semiconductor back in 2015, with the patents transferred to VSLI in 2019.

The two patents are first (patent 7,523,373) allows a processor to switch to a low-power state called “sleeping” when it’s not in use, which is done through two voltage regulators where one of them will lower power consumption while the other provides enough power to keep the chip’s memory in an active state. Patent 7,725,759 allows the chip to switch between programs super-fast, boosting processing speed.

Intel has fought back obviously, with their lawyers arguing that the patents in question haven’t been used in over 10 years and that the maximum damages that VLSI were entitled to weren’t $2.2 billion, but $2.2 million.

You can read more on this story here.