Intel Israel has appointed an Arab Israeli as a vice president for the first time.

Reda Masarwa, from the city of Taybeh in central Israel, received the promotion after 24 years at the company, Intel announced on Wednesday.

Masarwa started work at Intel after completing studies at Ben-Gurion University. In recent years, he has managed the construction of Intel chip plants, heading a team of 150 Intel engineers and supervising over 2,000 engineers from outside the company.

He is married with four children, and has been living in the United States with his family for the past three years, the company said. In total, he has relocated to different areas for Intel for over 10 years during his career, the company said.

His position has been especially challenging during the pandemic, as he was not able to freely travel to visit global Intel sites. 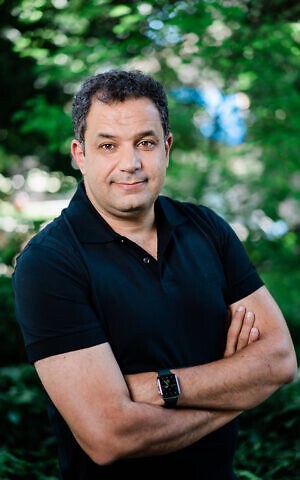 “This year has proved to me more than anything the importance of building a winning team,” he said in a statement. “A team that I can trust and that is made up of the best professional people in their fields in each country and continent. It gave me the confidence that even in the most turbulent times, I can be assured that we’re moving forward.”

Ayman Odeh, head of the Joint List party and one of Israel’s leading Arab politicians, congratulated Masarwa on the promotion.

“It’s the first time that Intel appointed an Arab citizen of Israel to a vice president position. Pride,” Odeh said.

Arab Israelis are underrepresented in Israel’s high tech sector, accounting for only around two percent of workers, despite making up 20% of the national population.

The government is reportedly set to implement a five-year plan worth over NIS 500 million ($154 million) to boost high-tech and science programs in Israel’s Arab community.

The plan will include educational programs, vocational training for jobs in high-tech fields, technology incubators for entrepreneurs and startups, and science museums, among other measures.

Information and Technology Minister Orit Farkash-Hacohen and Mansour Abbas, head of the Islamist Ra’am party, held a series of meetings on the proposed program in the past month and agreed on the details for a final plan on Monday, according to the Walla news site.

Farkash-Hacohen said on Tuesday that she and Abbas had launched the “Impact for Arab Society” program, which seeks to train and integrate Arab Israelis in the technology sector.

“The high tech industry in Israel is breaking records in its achievements and contributions to Israel’s economy, but large gaps in society still exist,” Farkash-Hacohen said on Tuesday. “The time has come to harness the success of Israeli high tech as a social lever and create long-term plans that will bring about change.”

Farkash-Hacohen and Abbas both attended the Economic Conference of Arab Society on Tuesday in Nazareth.

Sami Saadi, head of the nonprofit Tsofen, which aims to develop high-tech hubs in Arab communities and integrate Arab engineers in the high-tech sector, said at the conference that the community had “the potential to meet the demand for thousands of high-tech jobs.”

Since Tsofen launched in 2008, the number of Arab engineers in tech companies climbed from under 400 to around 9,000, Saadi said.

“Today we face three challenges — political, social and economic,” Abbas said at the conference. “We must invest in education, both at the academic level and at the professional level, which will significantly advance Arab society.”

Costco – Costco Is Adding This Shopping Perk to Some Locations