Intel has its Xe-HPG gaming-focused graphics card in the oven right now, but according to a content creator on Weibo, Intel will be launching its DG2 family of GPUs at CES 2022. 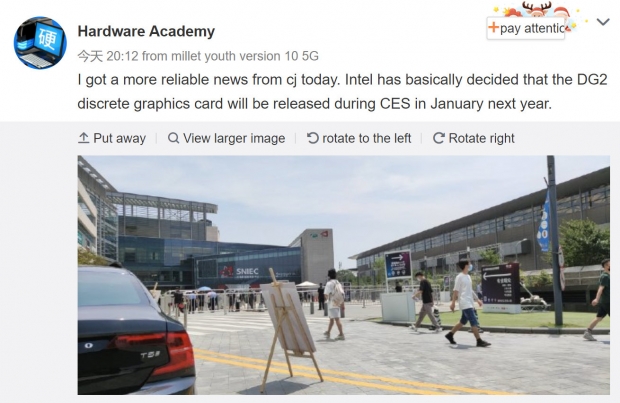 Hardware Academy is the one behind the post, with a translated explanation teasing that Intel has “basically decided” that its next-gen DG2 discrete GPU would be released during CES 2022. At CES 2021 earlier this year, Intel unleashed their 11th Gen Tiger Lake vPRO processors, portable gaming Tiger Lake-H35 series, and the new NUC 11 series PCs.

We already know that Intel has begun sampling its DG2 GPUs last month, one of the last tick boxes required for the company before volume production kicks off.

NVIDIA and AMD will have a competitor in 6 months, as unbelievable as that still sounds, I’m incredibly excited to see what Intel can do in the gaming GPU world next year and into the future.

How to Read Altcoin Signals: Information Every Trader Should Know