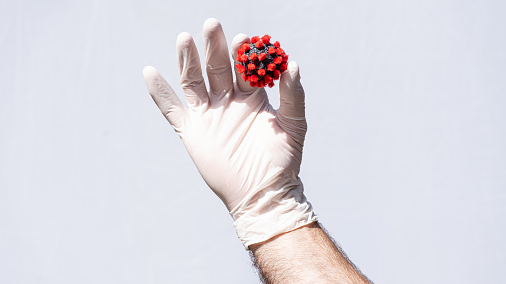 Editor’s note: Andrew Korybko is a Moscow-based American political analyst. The article reflects the author’s views and not necessarily those of CGTN.

The U.S. intelligence community’s long-awaited report about coronavirus origins arrived not with a bang, but with a whimper, though it continues to perpetuate dangerous lies. The Joe Biden administration ordered the country’s spy agencies to carry out an urgent 90-day study aimed at identifying the source of the pandemic despite the scientific consensus from credible international bodies such as the World Health Organization (WHO) being that it’s almost certainly of natural origin. This was therefore an entirely politicized effort from the very beginning and one which continues to be weaponized as part of the U.S.’s hybrid war on China.

The report claimed that it couldn’t conclude whether the virus was naturally occurring or associated with an alleged lab leak from China. Although some might assert that this implies the U.S. intelligence community’s so-called “objectivity” by giving credence to both theories, it actually in and of itself lends credibility to the conspiracy theory that was first manufactured against China by right-wing pundits during the former Donald Trump administration. The report could have authoritatively discredited that false interpretation of the facts but instead chose to play games with the truth for political reasons.

Ultimately, nobody was happy with its findings. Those who are familiar with the science know that there’s no legitimate basis to conclude that COVID-19 is of anything other than natural origin while those who support the conspiratorial version of events are displeased that the U.S. intelligence community didn’t do more to promote that false narrative. Biden sought to distract from the bipartisan disgust over his disastrous mishandling of the American withdrawal from Afghanistan by accusing China of not cooperating with the international community but his desperate Sinophobic deflection didn’t succeed since people are still furious with him over that crisis. The lies contained in the U.S. intelligence community’s report are very dangerous but not enough is being done to push back against them. By continuously attempting to legitimize the already discredited conspiracy theory that COVID-19 allegedly leaked from a Chinese lab, the U.S. is diverting global attention away from the urgent task of carrying out studies in other countries across the world where the virus reportedly appeared even before it was officially identified in China. The U.S. doesn’t want to support anything that could poke more holes in its weaponized anti-Chinese narrative.

As a result, the international community won’t ever learn all that they truly can about the coronavirus’ origins and rapid spread throughout the world. This makes it more likely that something similar might happen in the future. Pretending that the pandemic emerged from a Chinese lab is nothing more than a political game that’ll inevitably result in countries not taking the natural origin of such viruses seriously. The false sense of security that comes from wrongly thinking that a foreign government is to blame for everything means that less resources will be committed to identifying other naturally originating viruses that could pose similar threats.

There might be an even more devious dimension to the U.S. intelligence community’s report than appears at first glance even among those who are rightly skeptical of it. Instead of simply seeking to politicize the pandemic as a means of pressuring China and deliberately distracting the international community from learning more about its true natural origins, it might possibly be that that America’s spy agencies secretly suspect that their own country’s biological weapons program might have played a role in everything. That could explain why they’re dead-set against anyone talking about Fort Detrick, let alone investigating it.

After all, it’s certainly strange that the U.S. became the epicenter of the pandemic despite having one of the most generously funded health systems in the world and purportedly some of the best medical experts as well. It’s also suspicious that the American authorities react so defensively whenever anyone brings up Fort Detrick and requests that the U.S. cooperate with the international community to carry out scientific studies on its territory. Something doesn’t quite add up even if it remains unclear exactly what connection the U.S. has to the COVID-19 outbreak, but what’s known for certain is that its intelligence community’s report can’t be trusted.

(If you want to contribute and have specific expertise, please contact us at [email protected])

Surgeon Joined His Zoom Court Trial During An Operation, Here Is The Video

Surgeon Joined His Zoom Court Trial During An Operation, Here Is The Video