Kelowna-Lake Country’s Tracy Gray has joined the chorus of Conservative MPs berating Justin Trudeau for flouting COVID rules during and after his trip to the G7 Summit in England.

“The prime minister’s failure to follow COVID-19 protocols on his trip to the United Kingdom reeks of entitlement,” said MP Gray.

“And (it) is a slap in the face to every single Canadian who has been doing their part over the past year and a half by staying at home, following safety protocols and eliminating non-essential in-person contact with family, friends and neighbours.”

Gray goes on to say Trudeau has not had his second dose of COVID vaccine.

“(That raises) questions on whether the close contact he had without wearing a mask with other world leaders would be appropriate, whether to keep himself safe or others,” she said.

“To add to the frustration, the prime minister initially would not commit to stay in a quarantine hotel himself and follow the rules his own government had put in place following his trip to the UK.” 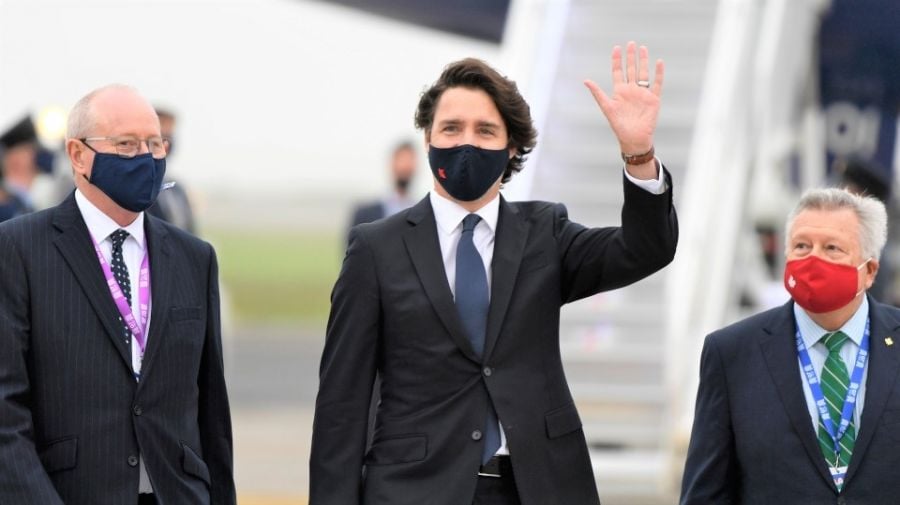 Trudeau returned to Ottawa at around 7 pm on Tuesday and did quarantine at a three-star hotel, but only for about 13 hours, not the typical three days most entering the country have to stay at their own expense..

A negative COVID test is key to getting sprung from a quarantine hotel.

Generally it can take up to three days to get such test results back.

But Trudeau’s test came back quickly.

The scenario led Conservative Shadow Minister for Health Michelle Rempel Garner to quip: “The prime minister got his COVID-19 test back overnight, which seems to be a new record.”

Also in her joint statement with Conservative Shadow Minister for Public Services Pierre Paul-Hus, Garner pointed out that Trudeau served his short quarantine at a special hotel set up, not one of the four hotels the government has mandated for quarantines.

“Once again, there is one set of rules for the Liberal elite and another for average Canadians,” said the joint statement.

“While the prime minister gets a taxpayer-funded stay at his own hotel, Canadians returning to Canada are forced to stay in quarantine hotels that the Testing and Screening Expert Advisory Panel has said are unscientific and must be scrapped.”

The PM’s office said Trudeau will follow public health rules that include quarantining for a total of 14 days (the second phase at home) and taking another COVID test a week after arrival.

“What a weekend our prime minister had in the UK hob-nobbing with the rich and famous,” said Deputy Leader of the Conservatives Candice Bergen in Parliament this week.

“He seemed to have forgotten his mask a few times and he won’t have to quarantine like everyone else when he gets home because, after all, there’s one set of rules for our prime minister and another set for rules for everyone else.”

Bergen, the MP for Portage-Lisgar in Manitoba, added that instead of enjoying wine and cheese with celebrity friends in England, Trudeau should have been solving problems here in Canada, where the economy is shedding jobs, supply chains are crumbling and house prices are skyrocketing.

Support local journalism by clicking here to make a one-time contribution or by subscribing for a small monthly fee. We appreciate your consideration and any contribution you can provide.

Boris Johnson News – Who’s on Question Time tonight and what will be discussed?

Justin Trudeau News – Reasons for lab expulsions must be made public

Justin Trudeau News – With O’Toole behind in polls, UK. consultants unlikely to be helpful for Conservatives, say some politicos

Boris Johnson News - Who's on Question Time tonight and what will be discussed?

Boeing Stock price - Is the long-running Boeing-Airbus dispute at an end? Not quite