For Charles Leclerc, this was also a huge improvement as the Monegasque as Bahrain was one of Ferrari’s weakest tracks as he managed just P10.

Ferrari is confident that its team will be able to beat McLaren for P3 in the 2021 F1 Constructors championship. McLaren came P3 in 2020 while Ferrari had its worst season in 40 years as it managed P6 in the constructors championship. During pre-season testing, it was revealed that McLaren had made quite a step forward however it seems that Ferrari is also over its engine issues which held it back in 2020.

In the first race at Bahrain, the Ferrari of Charles Leclerc managed to qualify in P4 beating the McLaren cars. In the race, Leclerc fell back to P6 behind Lando Norris, however, Carlos Sainz in the other Ferrari was gaining on Daniel Ricciardo in the other McLaren. It quite close between the two teams, with Ferrari seemingly having the edge in qualifying while McLaren having the edge in race pace. 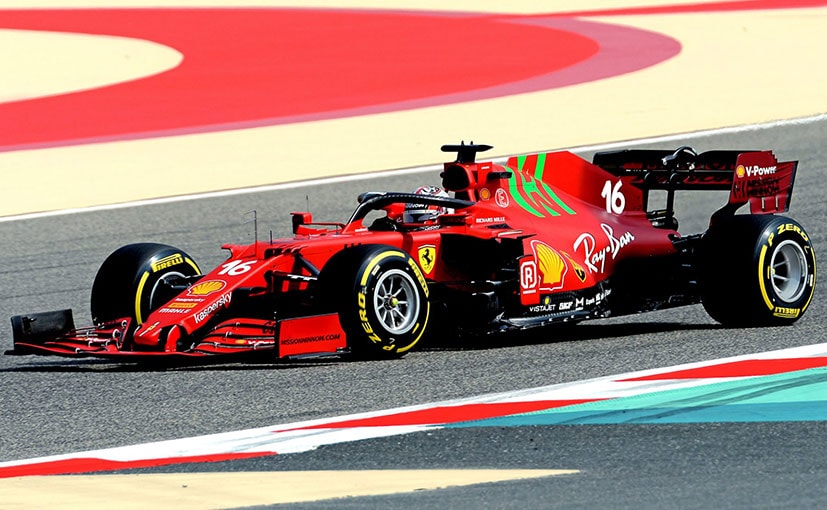 “It’s encouraging because last year I remember that with that car [McLaren] I passed Charles [Leclerc] fairly easy, so I remember how big the difference between the McLaren and Ferrari was and how close I was to overtaking Ricciardo at the end. I think I had a much better pace than Daniel towards the end of the race. We were catching at more than half a second per lap and there are positive signs,” revealed Carlos Sainz who was in the Ferrari for the first time.

Sainz managed to be just 0.096 seconds behind Ricciardo the man who replaced Sainz in the orange car. Sainz had some context around the performance improvements Ferrari has made as he was easily able to overtake the Ferrari cars last year, but now his new Ferrari was in fact gaining on the McLaren that too during the race.

“There’s a big step compared to last year and now it’s a matter of keep refining the details, keep working hard back in Maranello and keep improving. We’ve done certainly a very good step and now we want to take the next steps. But as [team principal] Mattia [Binotto] said, this year will be more focused on next year. But I’m encouraged. Honestly, I’m happy with what I’ve seen, I’m happy with my feeling with the car to be the first race and I can see a positive start,” said Sainz.

For Charles Leclerc, this was also a huge improvement as the Monegasque as Bahrain was one of Ferrari’s weakest tracks as he managed just P10. Even though Leclerc fell behind to P6 from P4, it represents a big jump in performance for the iconic team in red. It should also be noted Leclerc’s qualifying pace was inflated by the fact that Sergio Perez in the Red Bull didn’t qualify to Q3. Leclerc also used the soft tyre to get track position but as his tyres quickly deteriorated he fell behind.

If I look at where we were last year at exactly the same place, there has been good progress. So surely we want to be fighting for the win very, very soon. But realistically and honestly, we’ve done a great job to catch that and now be closer to McLaren at least and fighting with them in the race, so let’s see at Imola,” said Leclerc.