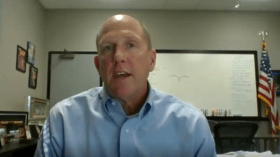 “Many of these restaurant venues are having to go back to the drawing board and redesign their restaurants based on today versus the world a year ago,” said Finley. “They are taking a little extra time to look at more outdoor dining, drive throughs, curbside pick-up and how to do take-out if they have never done it before. The take-out business has expanded dramatically, and they want the right type of store to meet the new demand.”

Boutique hotels Home2 Suites and the Avid will soon be joined by resort-style hotels and entertainment venues such as the Hotel Margaritaville.

Infrastructure, said Finley, is part of managing and balancing growth.

“When we put our efforts into redoing those two intersections for safety, adding double turn lanes and more, it became an economic development driver in those areas,” Finley said. “Two old shopping centers were revitalized so that Planet Fitness and several popular restaurants were created out in front.

“Two years ago, those same accident studies showed I-565 at the Wall-Triana exit as the highest accident area. It was also difficult to get to the Ruby Tuesday and Cracker Barrel once you got off at that exit,” Finley said. “We applied a grant and redid the design, but it is only about 30 percent finished.” 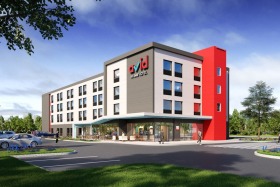 There are now three hotels at the Wall-Triana exit – the Clarion Pointe and two new hotels, the Avid and Home 2 Suites, as well as Twice Daily convenience store.

“With that being to first exit coming from the west to Town Madison, that intersection has to change,” said Finley. “We are looking at how improving it for safety, will also create economic development and improve accessibility.” 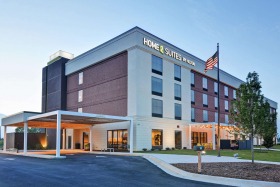 Across from Town Madison, Madison Boulevard is getting a heavy revitalization.

“There is a big reason for it,” the mayor said. “We have an agreement with businesses along Madison Boulevard that if you tear down a building, improve a building, or build a new building, or if we need to put in a traffic light to make the location safer or more accessible, then we’ll do that, but we want to see better signs from your business.”

One of the new kids in town in that busy area is Terramé Day Spa, Hair Salon & Blow Dry Bar. Terramé started in Huntsville 18 years ago and the Madison location is its third. The 16,660 square-foot building is the largest freestanding hair salon and day spa in Alabama, excluding hotel and resort spas.

Mike and Charla Johnson and Mike’s brothers, Jeff and Charles, are partners in the business and in the 5,000 square-foot commercial space they are building next door for lease.

Resilience and a determination to warrior on despite COVID-19, they plan to open by Feb 1.

“We are very happy they chose our city,” said Finley. “Terramé will draw daytime traffic to Madison and although we have a lot of people who come home to Madison after work, I am focusing on offering quality of life services that bring more people to Madison to shop, dine, and enjoy the day here.”

“That is managing growth,” he said.

Sport Cars – Can You Turn A Tesla Model 3 Into A 911 GT3 RS-Beating Track Missile?