A 911 Speedster isn’t the kind of car that slips by unnoticed. The iconic cut-down windshield, gaping front air intakes and that distinctive double-bubble tonneau panel behind the seats means 99 people out of one hundred will turn to gawp when you drive by.

This car’s incredible $13k bespoke paint-to-sample color makes sure not a single person on the sidewalk is going to escape without a sore neck when the next owner cruises down the street.

Up for grabs at Mecum’s Glendale sale, this 2019 Speedster has covered just 32 miles, which seems an awful shame given the engine that has propelled it those miles is the 4.0-liter flat-six from the GT3 tuned to deliver 502 hp.

Those horses are sent to the rear axle via the GT3’s six-speed manual transmission, and apportioned between the wheels by an old-fashioned mechanical limited slip differential. No fingertip paddle shifters or fancy e-diff in this retro-themed 911. Or back seats: it’s strictly fun for two. 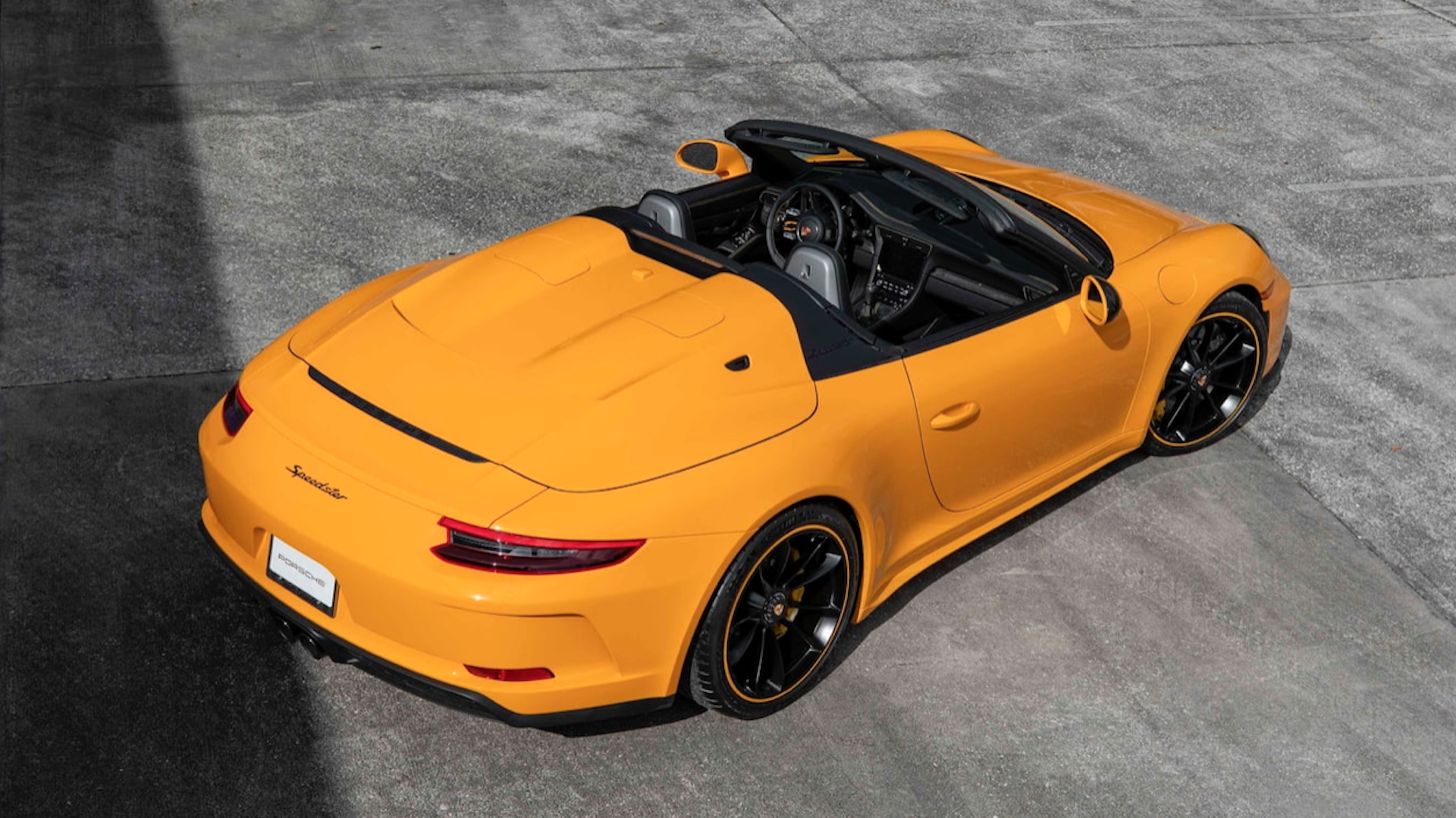 The Speedster was the 991-generation 911’s last act before it bowed out to make way for the 992. It was released in 2019 and limited to 1948 examples, the number a reference to the year Porsche was founded. This car is number 1370.

Besides the GT3 drivetrain, the Speedster gained the wide rear body structure from the Carrera 4S Cabriolet and borrowed the 911R’s carbon fiber fenders and hood, while the bucket seats were lifted from the 918 Spyder hypercar. It’s the ultimate bitsa.

This one doesn’t have the optional Heritage Design pack graphics or its tan leather chairs. Instead, the original owner chose to contrast his 20-inch black forged wheels with a one-off Signal Yellow paint that cost him $12,830 (£9240).

Other similar cars with more miles are currently advertised for north of $420,000 (£300,000), which is double what the late 1980s Speedster commands, and this one’s delivery mileage means it’s sure to get bidders pulses racing. Sadly that could be the only time it gets a chance to excite them. This car is almost certainly destined to spend its life parked in a garage, the rev counter needle barely getting off the stop, never mind hitting its 9000 rpm redline. Here’s hopping that we’re wrong…

Louis Vuitton - A guide to fashion's most famous monograms