The piece of footage we’ve brought along delivers an answer to the question above, albeit a very specific one, since both the Autobahn blaster and the Mopar machine have been taken down the aftermarket route.

We’ll start with the muscle car since it features a more significant dose of performance-enhancing drugs. For one, the driver of the American machine aimed to reduce the weight difference between the two coupes, which sits at over 750 lbs (340 kg).

As such, the machine’s cabin has been stripped of non-essential components. Alas, we can’t actually see inside the vehicle to spot the exact bits that were removed.

Moving on to the Porsche, which is a member of the previous generation (991.2), it has maintained the full creature comforts that came from the factory, glass roof and all. And the 572-hp (580-PS), 553-lb-ft (750-Nm) twin-turbo 3.8-liter flat-six occupying the posterior of the supercar has lost its catalytic converters, while gaining a 93-octane tune.

While the Dodge packs the proper transmission for racing, skipping the six-speed manual in favor of the eight-speed automatic, its gearbox is no match for the seven-ratio PDK dual-clutch of the Porsche.

The velocity beasts got together on the street, and we need to remind you to steer clear of such stunts, as the drag strip provides a safe environment for speeding confrontations.

The drivers engaged in a pair of rolling races, with the first run kicking off at 60 mph (96 kph) and the second one starting at 50 mph (80 kph)—lens tip to YouTuber Auto Glory for the footage.

While the outcome of the battle might’ve seemed clear after the first stunt, you might also want to check out the second one. 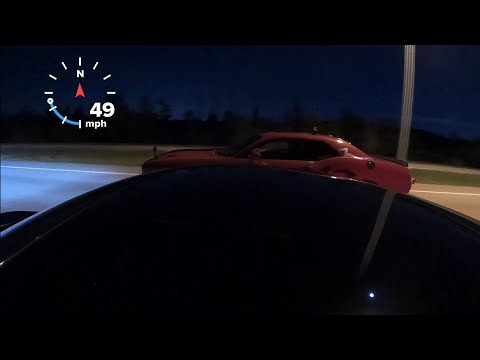 London Stock Exchange – Is it time for London to finally welcome SPACs?