The collector car market in the US is currently at an all-time high, thanks to growing demand from Millennials who want to drive the classic cars they grew up loving. One of the main factors affecting the prices of collector cars is their rarity. Some of the most expensive collector cars sold at auctions – such as the 1969 Chevrolet Corvette ZL-1 that sold for more than $1 million or the one-off 1965 Shelby Mustang GT350R that sold for $3.8 million – are also the rarest, which explains why people are willing to pay millions.

RELATED: 5 Cheap American Classics We’d Immediately Trade In (5 That Are Worth Holding On To)

However, just because a classic car is rare does not necessarily mean that it’s expensive. Collectors can still find rare classics that still look great and perform well without having to dig too deep into their pockets. Let’s explore ten of them.

The late 1960s gave us some of the most iconic and highest-sought-after Corvettes of all time, such as the L88 or the ZL-1. While most of them can fetch six or more figures at auctions, the base 1969 Corvette Stingray remains within reach for many gearheads.

The 1969 ‘Vette featured a stunning design and was available in multiple colors, including Riverside Gold, Tuxedo Black, Monza Red, Daytona Yellow, Monaco Orange, and more. The base engine was a 350cid small-block Chevrolet V8 pumping out 300 horsepower.

The Subaru SVX is a two-door grand tourer unveiled at the 1989 Tokyo Auto Show. Designed by Giorgetto Giugiaro, the SVX was Subaru’s first entry into the luxury market and was noted for its aircraft-inspired split-window design similar to the Lamborghini Countach or DMC DeLorean.

The SVX was pretty quick, thanks to a 3.3-liter fuel-injected six-cylinder engine sending 230 horsepower and 228 pound-feet of torque to all wheels via a four-speed automatic transmission. The SVX was a fantastic car, but a high MSRP led to tepid sales – which explains why it’s rare.

In the late 1960s, inflation had forced Porsche so far upmarket that it was desperate for a new entry-level car to replace the 912. At the same time, Volkswagen needed a top-range sports coupe to replace the Karmann Ghia. Seeing that they had a common goal, the two automakers decided to collaborate on a new sports car project – the 914.

The 914 had an odd design but had the superb handling and phenomenal steering that Porsche fans expect. The most powerful engine available was a 2.0-liter four-cylinder producing a modest 110 horsepower.

Introduced in 1996, the XK8 was the first generation of Jaguar’s popular XK series. The XK8 shared its platform with the Aston Martin DB7 and was available as a two-door coupe or convertible. Like other Jaguars, the XK8 had a sleek design and a luxurious interior – Jeremy Clarkson famously compared the XK8’s interior to sitting inside Blenheim Palace during a Top Gear test drive.

At the heart of the XK8 was a 4.0-liter Jaguar AJ-V8 engine cranking out 290 horsepower and 290 pound-feet of torque, enough to propel it to an electronically limited top speed of 156 mph.

The 1999 Camaro was largely the same as the 1998 model – it was still a two-door grand tourer available as a coupe or convertible. The base model was slightly underpowered, so Chevrolet introduced a limited quantity of the SS version to cater to buyers who needed more power.

The 1999 Camaro SS was powered by a Corvette-sourced 5.7-liter LT4 engine with 330 horsepower on tap. It also had improved exhaust and intake systems, an arc-shaped rear wing to improve downforce, bigger wheels and tires, and a revised suspension to improve handling.

The 1989 was the last Corvette produced before the mid-cycle refresh. Although it was not as powerful as the ZR-1 that arrived a year later, the 1989 ‘Vette had a stylish design and several advancements that gearheads loved.

The Mustang’s popularity has led to the creation of various special-edition models, most of which are loved by Mustang enthusiasts and collectors. One of the early special-edition Mustangs is the 1968 California Special. This fantastic muscle car was based on a Shelby GT500 prototype, and as its name suggests, it was originally geared towards the California market.

The California Special was only available as a coupe and was powered by various Ford V8 engines. Other features included Shelby-style sequential taillights, a blacked-out grille, and a decklid with a spoiler.

The Oldsmobile 4-4-2 is a legendary American muscle car introduced in the 60s to compete against the Mustang alongside other GM pony cars like the Chevrolet Chevelle and Pontiac GTO. Oldsmobile derived the 4-4-2’s name from its four-speed manual gearbox, four-barrel carburetor, and dual exhausts.

The 1968 4-4-2 retained the same V8 engine options from the previous model year but came with new features like an automatic three-speed Turbo-hydramatic and front disc brakes. Oldsmobile made 24,833 4-4-2s in 1967, many of which survive today.

After three decades of building rear-engined cars, Porsche started experimenting with more conventional configurations in the 70s in order to attract more customers. The German automaker released several front-engined sports cars, starting with the 924 in 1976, then the 928 in 1978, and the 944 in 1982.

The 944 was more performance-oriented than the previous two cars and came with a 2.5-liter four-cylinder with 187 horses on tap. Like other Porsches, the 944’s handling was impeccable – Car and Driver named it the “Best Handling Production Car in America.”

The 450SL is a two-door sports car produced by Mercedes-Benz from 1973 to 1980 as the replacement for the 250SL. As anyone would expect from a Mercedes-Benz vehicle, the 450SL had an exquisite exterior design and luxurious interior.

The 450SL was not just beautiful – it had the power to match. Under the hood lived a massive 4.5-liter V8 that packed a punch. The 450SL was mostly focused on the American market and was equipped with specialized engines, headlights, bumper designs, and emission management technologies.

NEXT: These Are The 10 Sickest Barn Finds Of All Time


Next
These Are The 10 Sickest Barn Finds Of All Time 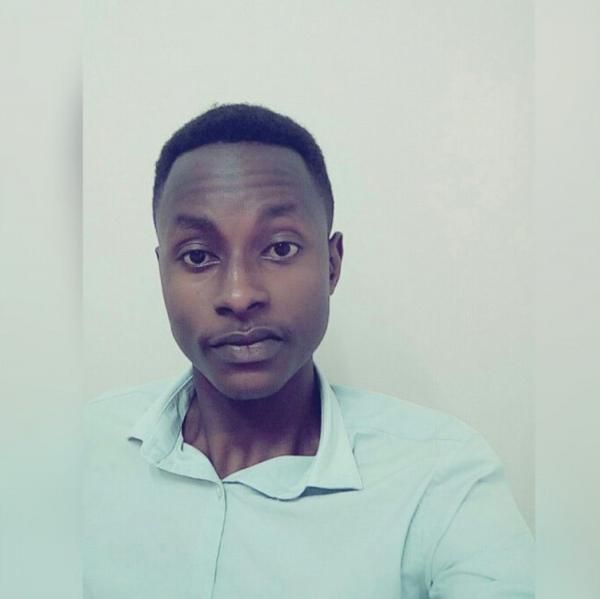 Martin is a seasoned content creator who has been writing about cars for over a decade, and has been in love with them for even longer. Growing up, Martin was surrounded by gearheads who instilled a deep love and understanding for cars in him at a young age. He loves to learn and write about all the developments happening in the auto industry – especially in the EV space. When he’s not writing about cars, he likes to spend quality time with his wife, kids, and fur baby.

Facebook Stock – What Did We Discover About Insider Trading At The Trade Desk, Inc. (NASDAQ:TTD)? – Stocks Register

Louis Vuitton – No new info on gunfire at Aventura Mall

Gucci – What Brands Are Trending for 2021? Gucci, Nike, Dior, and More of Your Favorites