Litecoin price has seen a continuation of the stellar performance it had in 2020. At the time of writing, the token has witnessed a 100% year-to-date bull run. Due to the recent breakout from a consolidation pattern, LTC looks promising for another leg up.

Litecoin price is on track to $300

On February 2, Litecoin price put an end to the descending triangle consolidation. Since then, LTC’s market value has risen by more than 10%.

The target projected by this consolidation pattern surpasses 35%, which is the measure of the distance of the triangle’s y-axis. Hence, Litecoin price continues to trend higher, then $187 could be the bulls’ target. 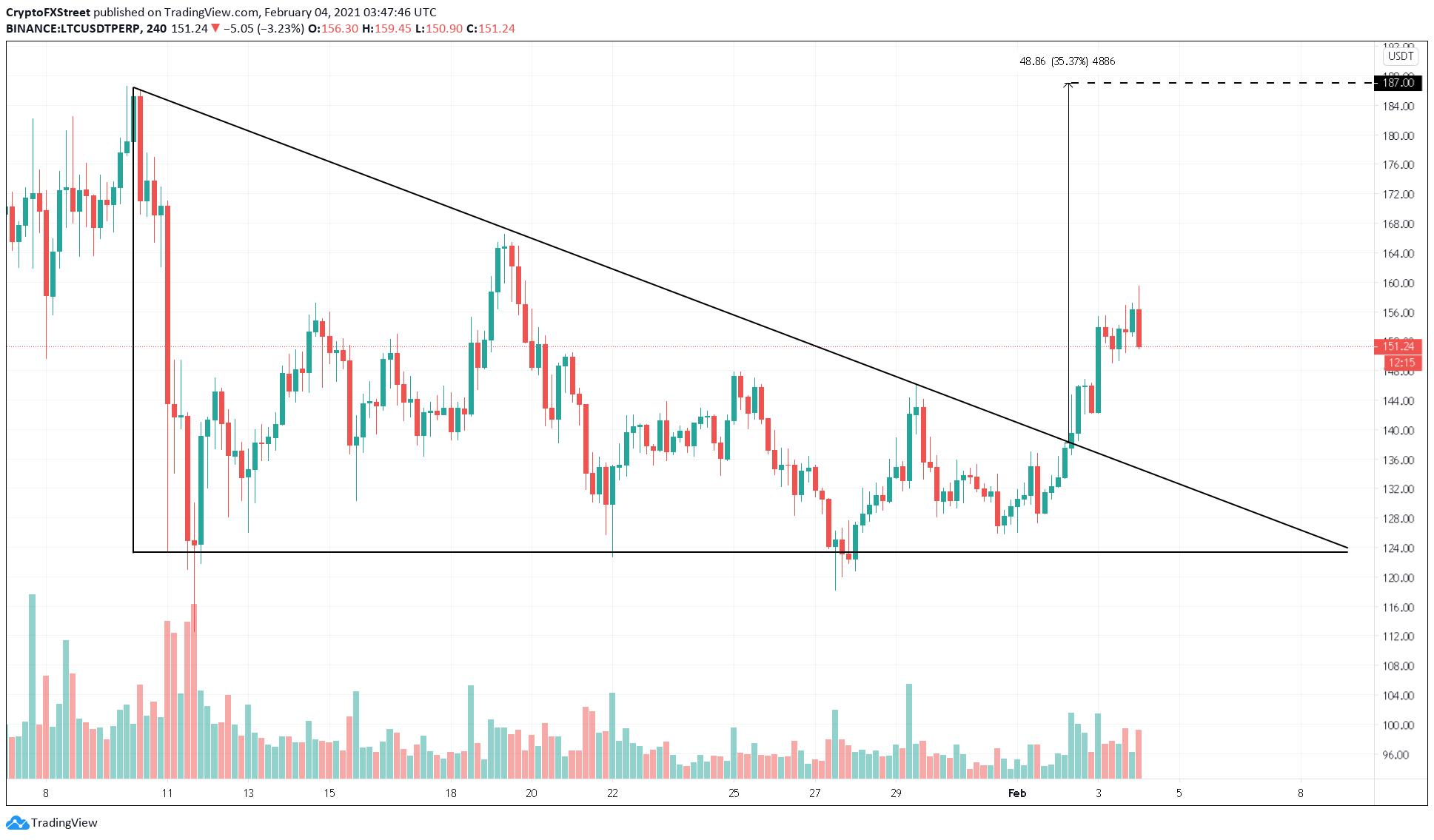 The 1-week chart shows an extremely bullish scenario for Litecoin as that may see it retest its ATH at $385. The bullish thesis originates from a W-shaped recovery for LTC, which is quite similar to what Ethereum has witnessed.

LTC price is in the last leg of this fractal and may rise by nearly 150% over the span of 150 days. 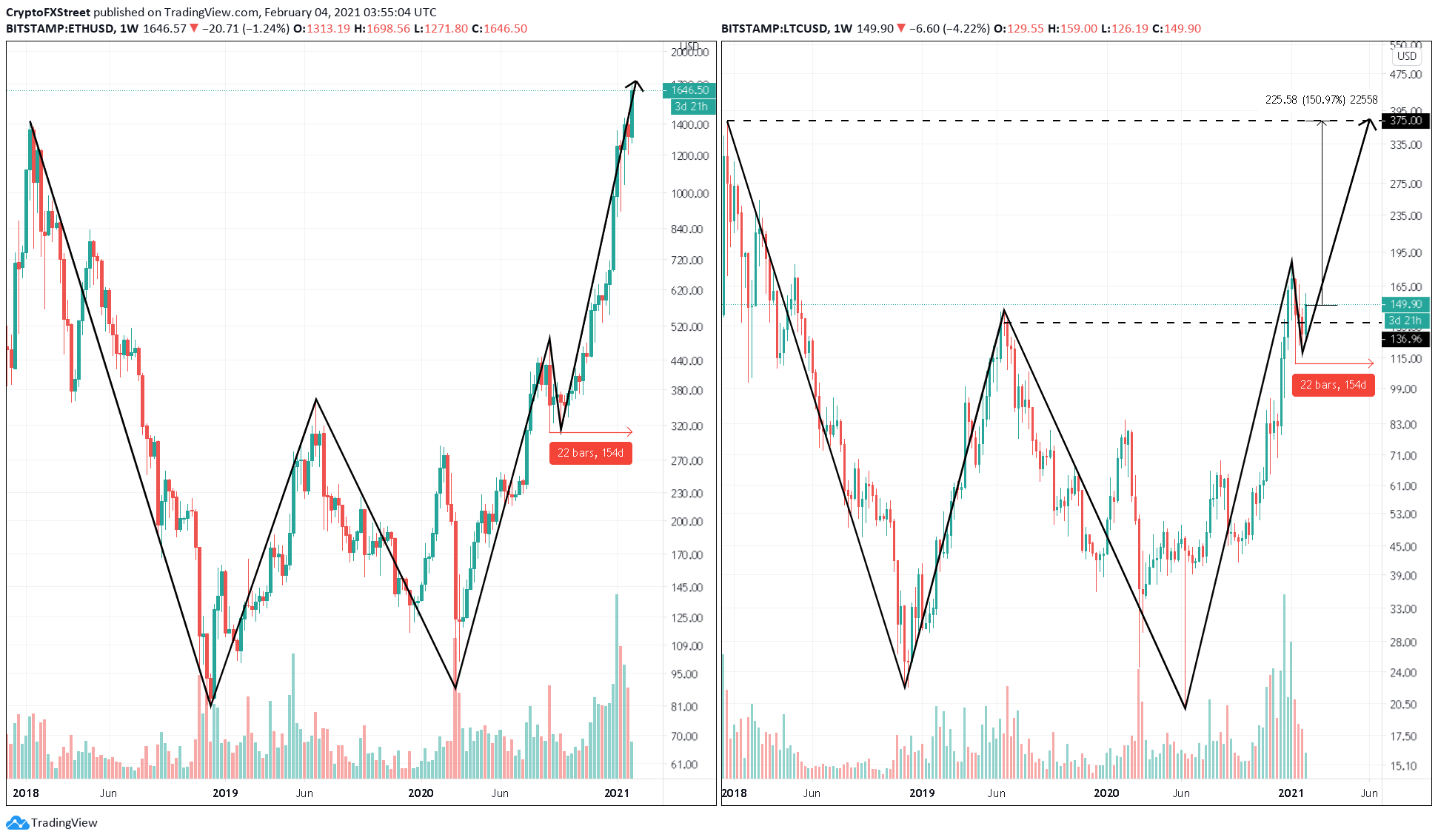 Sitting on top of stable support

Adding credence to both the optimistic view is Litecoin‘s holders distribution chart.

This on-chain metric shows that whales are back in accumulation mode. The number of addresses holding 100,000 to 1,000,000 LTC has seen a 1.60% increase since mid-January, fueling the upward pressure seen recently.

IntoTheBlock’s In/Out of the Money Around price (IOMAP) shows that 130,000 addresses purchased almost 5 million LTC around the $135 price level. Thus, any short-term selling pressure around could be absorbed by holders who do not want to see their investment go underwater.

While everything seems to be looking up for Litecoin price, the bearish outlook cannot be disregarded. A breakdown of the critical support at $135 due to immense selling pressure could invalidate the bullish outlook and open the altcoin for a correction towards $120.