Uniswap is not the 8th largest cryptocurrency by market cap, coming close to surpassing XRP

Uniswap (UNI), the native token of the eponymous automated market maker, has become the first decentralized finance (DeFi) token to break into the CoinMarketCap top 10. The cryptocurrency is up over 52 percent in less than a week.

With its market cap surpassing $16.6 billion, it is now significantly bigger than Litecoin (LTC), which is currently worth $12.5 million.

The DeFi token is now just a couple of billions away from surpassing Ripple-affiliated cryptocurrency XRP whose rally has been thwarted by the blockchain’s company regulatory troubles. 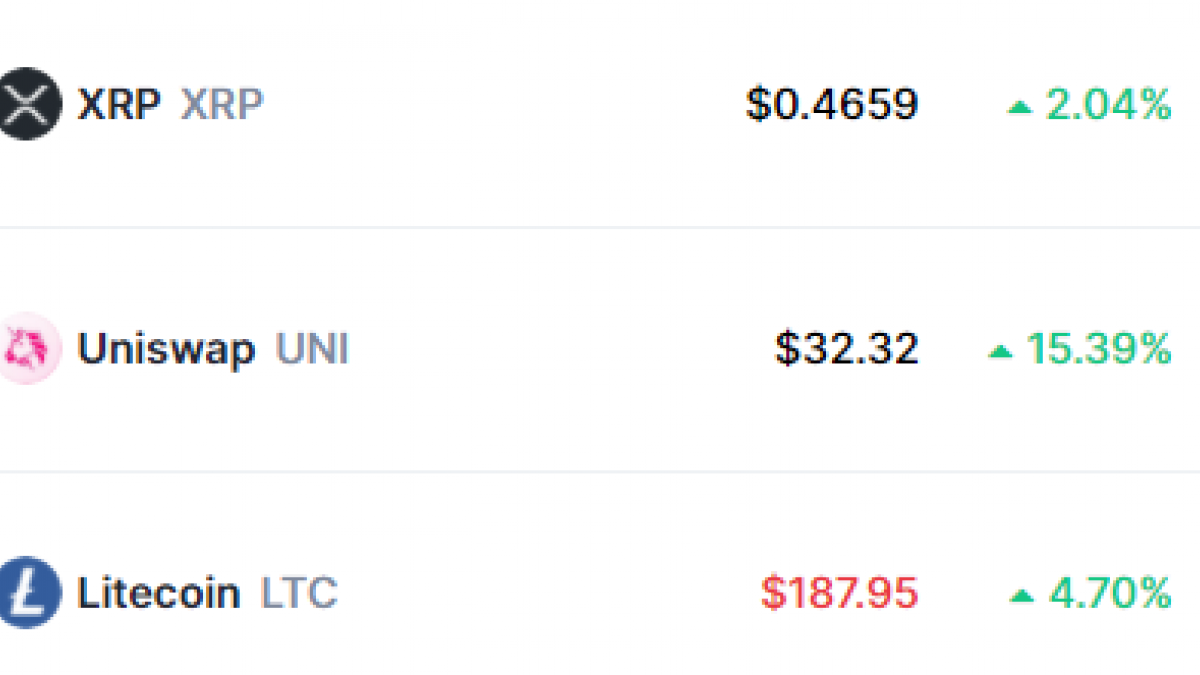 UNI is yet to reach a new high

Still, UNI is yet to reach a new all-time high after touching its current peak of $33 on February 21.

Uniswap is currently the largest decentralized exchange, with its Binance Smart Chain-powered archrival Pancake Swap being in a close second place, according to CoinGecko data.

The forthcoming release of Uniswap v3 is expected to increase its momentum, but little to no information about the new exchange is available as of now. It is widely expected to tackle Ethereum‘s exorbitant fees with a Layer 2 scaling solution.

Litecoin price – What to know about buying Bitcoin on Venmo

Litecoin price – Growing Popularity of Crypto Casinos: Are They Worth It?

Litecoin price – Here’s what to expect from Chainlink and Litecoin

Litecoin price – You can now sell, buy and pay with cryptocurrency on Venmo –