At least one person was reportedly killed Wednesday as police responded with deadly force during ongoing protests against mounting student debt in South Africa.

Photos and video circulating across social media showed violent scenes in the Braamfontein central business district of Johannesburg that included police dressed in riot gear firing rubber bullets at peaceful protesters calling for the University of the Witwatersrand (WITS) to rescind its policy mandating students settle all debts before being allowed to register.

@WitsUniversity sent police to come shoot us again. But we won’t be shaken. We want our demands to be met NOW !! #Witsasinamali pic.twitter.com/z2pQHZ8yaj

The person killed was later identified as a 35-year-old bystander who was not involved in the protests, prompting WITS to issue a statement of condolences that blamed the shooting on the South African Police Service (SAPS. The shooting victim, who was not immediately identified by name, had just left a doctor’s appointment when he was shot, according to reports. His doctor told the local news outlet Mail & Guardian that he went outside after hearing gunshots to find the man nearly dead.

A person has been killed in Braamfontein. The details around the person’s death are unclear but it is alleged that police shot the person while dispersing protesting students.#Witsasinamali (@ietskaylo) pic.twitter.com/bJeZvlDFIu

“When I approached him, he had a hole on his shirt and a wound on his right eyebrow and another wound just underneath his right arm,” Dr. Tebogo Sedibe said. “But the big wound was just below the chest.”

A witness who is also a WITS student council representative told the Mail & Guardian that protesters “were all in yellow regalia” so they could be easily identified. Still, he said, police fired without knowing who they were shooting at.

They did not ask, ‘Who are you? Are you part of the protest?’,” Radasi Peterson said before adding later: “But you shoot people who are not in this colour without asking? It is totally brutal; it’s totally incomprehensible on all levels. It is just barbaric.”

#witsprotest [WATCH] Wits University students formed a guard of honor earlier as a forensic pathology vehicle left the scene where a man was shot and killed in Braamfontein when police fired rubber bullets at protesting students. TK pic.twitter.com/xxjJLTLtUW

Some students pointed out the recent appointment of a Black man to be Wits’ vice-chancellor seemed to be a disingenuous act of diversity and inclusion that was not translating into him defending the students he is supposed to be representing.

“People project themselves as progressive blacks when they want positions but when it’s time to show up for those same black interests, they send us away,” the treasurer general at WITS said about Vice-Chancellor Zeblon Vilakazi.

[ MUST WATCH ] : WITS SRC TG Kanakana Mudzanani on VC Zeblon Vilakazi incompetency and hypocrisy, “ People project themselves as progressive blacks when they want positions but when it’s time to show up for those same black interests, they send us away.” #Witsasinamali pic.twitter.com/0MZWBCkFxz

An open letter to Vilakazi from the Wits Coalition for Free Education, including students and faculty, made several demands, including allowing students to register “immediately” and ensuring eligible students can graduate and receive their degrees “regardless of the amount of historical debt owed to the institution.”

Observers on social media noted that the country had much more pressing issues for police to tend to aside from student debt, including widespread corruption, especially in politics. However, instead of confronting that scourge, law enforcement has its sights set on attacking peaceful student protesters demanding access to higher education in order to make a better life for themselves and their families.

Ahmed Bawa, the CEO of Universities South Africa, a membership organization comprising colleges in the country, recently said there was no way the students’ demand to cancer their debt would ever happen. He said student debt in South Africa was more than the equivalent of $663 million, including more than $16 million for WITS alone.

“The idea that the amount can simply be written off is just not on the cards,” Bawa told local news outlet ENCA. “It will make a huge dent for these universities to continue to be sustainable.”

The leader of the organization overseeing financial aid in South Africa said on Monday there was no more money to provide funding to first-year college students. The National Student Financial Aid Scheme received 790,000 applications for financial aid for the 2021 academic year.

The developments in Johannesburg were the latest proof that the student debt crisis is far from limited to the United States, where nearly $2 trillion in loans remain unpaid and rapidly accruing interest.

Current situation In Braamfontein Wits Police are shooting and its a normal protest #NSFAS #ENCA pic.twitter.com/LD3FfXZhdh

The Voice of America reported that former United Nations Population Division director Joseph Chamie attributed the growing student debt crisis in South Africa, in particular, to an increased demand for jobs that require higher education, prompting a surge of students enrolling in college. 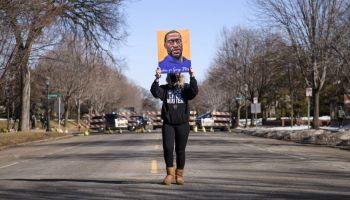 Student Loans – Letter: Lower interest on student loans will save big bucks for borrowers | Letters To The Editor

Loans Bad Credit Online – The Credit Chef Is Showing People How to Enjoy the Power Of Good Credit; Find Out More Below

Student Loans – Student loan payments will resume soon. Here’s what you should do now

Student Loans – Here’s why it will be harder for many Black families to recover from the pandemic downturn – WRCBtv.com