Home » If Owning Ferrari’s F8 Is Out of Reach, Perhaps Its 1/8 Version Will Do the Trick

Of course, if one seeks the finest little Ferraris of them all, there’s an incredibly special place to check them out. The Amalgam Collection portal has been recently updated to include the recent F8 Tributo, and we are now eagerly waiting for its two-door retractable hardtop convertible sibling to shrink at 1/8th of its actual size as well.

Meanwhile, let’s remember that we are dealing with one of the finest creators of luxury car models, with workshops in Bristol (UK), Dongguan (China), and Pécs (Hungary) to make sure it’s a truly “multi-national, multi-cultural operation.” Founded back in 1985, Amalgam was originally into something else: architectural models and product prototyping services. They branched out into model cars a decade later, in 1995, and have since evolved as a world-renowned ultra-luxury fine car model creator.

By the way, their relationship with Ferrari started way back in 1998 and has been growing ever since. Just earlier this summer they took everything to the next level and revealed the option for Prancing Horse customers to also order a unique Amalgam model alongside their new Ferrari Roma, 812 Superfast, 812 GTS, Portofino M, SF90 Stradale, or SF90 Spider directly from the Ferrari dealership. The range covers the 1:12 segment, so they’re not exactly the priciest on offer at $3,209.

On the other hand, the new Ferrari F8 Tributo is offered at the company’s signature scale (1/8), so the price is one to match the exclusivity of the real supercar: $14,040. Just in case anyone doesn’t have that kind of cash at hand, Amalgam also offers the option to have the scale model in four interest-free installments of $3,510!

Feel like it’s too little? Then one can have the Bespoke version instead of the Limited Edition, which retails for $18,259 (or 4 x $4,564.75). This one comes through the brand’s tailor-made service which allows the buyer to customize the scale model “to perfectly match the specification of a real car, enhancing the already stunning features of the limited-edition model.”

Naturally, everything is up to snuff with this perfect desk mate for any Tifosi. After all, we are dealing with the most powerful V8 ever (710 hp, or 182 hp per liter of displacement) fitted to a normal Ferrari production car (excluding special series, thus). And the new model is an exact replica of the 488 successor, right down to the smallest details… albeit in a smaller size. It was all made possible thanks to CAD files sourced directly from Ferrari’s design office.

Interestingly, it wasn’t enough for the Amalgam teams to “perfectly recreate every detail at scale (as) the prototype model has undergone detailed scrutiny by Ferrari’s engineering and design teams to ensure complete accuracy of representation.” By the way, Amalgam’s Ferrari F8 Tributo won’t be around for too long, as the series is limited to just 199 examples. And, to protect this little investment, the company is also offering elegant, harmonious, and handcrafted display cabinets, stands, or plinths.

There’s just one issue with these little marvels: they’re so expensive one can’t even imagine playing with them. So, instead of spending a fortune on one of these finest car models, we could also contemplate shelling out just $550 and have an American icon that’s radio-controlled. The Traxxas Bronco is naturally for off-roading aficionados, but if you fancy something that’s just as hot in crimson attire as the F8 we also suggest checking out the $350 Corvette scale replica. That one also looks almost life-like… 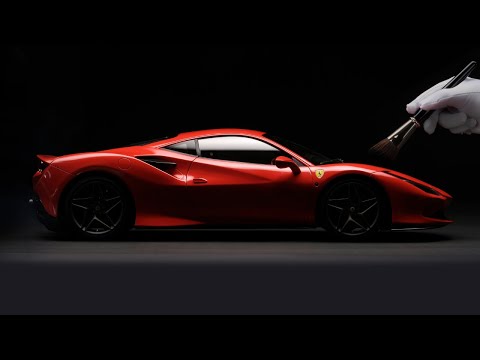 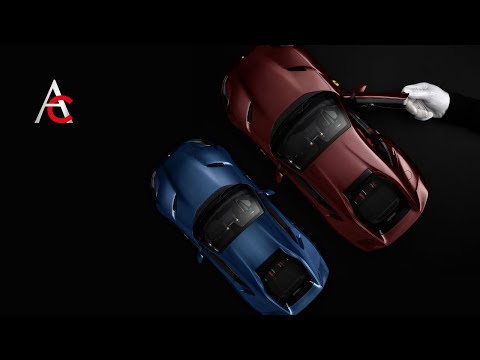 Vitalik Buterin created a ‘fellowship of the ring’ to build ethereum. But the founders have a history of feuds and are now competing for crypto dominance.