The Rolls Royce Ghost oozes luxury and status, and that’s precisely what the designers had in mind when the car was crafted. The full-sized luxury car is 77.9 inches wide and 218.3 inches long and was named in homage to the Silver Ghost, a car that was also produced by Rolls-Royce from 1906 to 1926. The Rolls-Royce Ghost was however first exhibited in 2009 at the Frankfurt Motor Show and has remained in production ever since — while its latest model has just been recently unveiled.

Designated as “RR04” during production, the Ghost was built to give vehicles like the Mercedes Benz S Class and Bentley Flying Spur stiff competition. Also, the luxury car was designed by Andreas Thurner and engineered by Helmut Riedl, a man who contributed significantly to the Rolls-Royce Phantom project. Built as a lower-priced version of the Phantom, the Rolls-Royce Ghost has some truly unique features that stand it out among its rivals that are worth mentioning.

The Rolls Royce Ghost comes with a 6.7-liter V-12 engine that produces 563 hp. With an all-wheel drive, the car has sharper driving than most of its contemporaries and shifting duties are handled by an automatic eight-speed transmission that works hand in hand with the car’s GPS.

From a static position, the 2021 model of the Ghost can hit 60 mph in 4.6 seconds, and thanks to the 50/50 weight distribution, drivers of the car can navigate roads smoothly.

Rolls Royce is known for providing some of the most luxurious car interiors ever made, and they live up to the hype in the production of the Rolls Royce Ghost. Attention to detail is on show in the car’s cabin which features grained wood, a dashboard that lights up and glows when the Ghost is turned on, as well as a thick carpet on the vehicle’s floor.

Also, the switches, surfaces, levers, and knobs are all crafted out of premium materials.

A conspicuous infotainment touchscreen greets you upon entering the Rolls Royce Ghost. The screen incorporates both the Android Auto and Apple CarPlay user interfaces. Also, the bespoke stereo system, which is becoming a favorite of Rolls Royce users, with its magnesium ceramic speaker cones, and 1300 watts of power, graces the car.

Passengers are not left out of the fun, as there is a dual-screen entertainment system on the rear system that allows passengers to input destinations into the navigator, adjust the radio, and more.

Utilizing the “Architecture of Luxury” style that the Phantom Sedan is based on, the Ghost has seen some subtle modifications over the years. One example of this is the Spirit of Ecstasy figure, a fixture on all Rolls Royce cars; the mascot on newer models of the car is positioned alone, as opposed to its usual spot among panel lines.

Also, there are 20 LED lights set just below the top of the second generation of the Ghost, giving it an enchanting lightning system.

The Rolls-Royce Ghost practically glides on the road. The car has air springs everywhere, and with the use of sensors that survey the road ahead, your ride can’t get any smoother. The Ghost uses a mass damper mechanism to ensure a silky drive throughout.

This involves using metal pieces shaped like a “U” attached to all the upper front double wishbones. These devices come with rubber cones that hit the wishbones while traveling over bumps, effectively taking away the impacts of the bumps on the car.

Most luxury cars are judged on how quiet the cabins are built. The less road sound you can hear while cruising, the more high-end the vehicle. The 220 pounds of sound deadening material applied to the Ghost makes the car almost entirely soundproof.

However, to combat the motion sickness and disorienting feeling that many users of earlier versions of the car complained of, the Ghost makers had to introduce some noise. Aptly named “whisper,” the acoustic team developed a quiet lullaby that makes the silence more bearable to Ghost’s passengers.

If you need plenty of trunk space for a luxury car, then the Rolls Royce Ghost is your best bet. At about 18 cubic feet, the trunk is massive. To put that into perspective, you can fit six bags of golfing gear into the car’s trunk.

What that means is that you never have to worry about how much luggage you can pack for a vacation. Notably, space isn’t limited to just the trunk, as there is plenty of storage inside the car as well.

RELATED: Here’s The Best Way To Configure Your Rolls-Royce Ghost

The Rolls Royce Ghost is essentially a fancy interchange of shadows and light. The car is filled with intricate attention to the finer details, from the glittering front grille to the starlight headliner.

Laser-edged surfaces and handmade fiber optics help to bring unique warmth into the vehicle. There is a shiny “GHOST” inscribed in the front of the passenger seat and illuminated by 850 stars, all adding extra warmth to the car.

You can recreate the effect of a star-filled night in a Rolls Royce Ghost. All you need to do is press a button, and the Starlight headliner comes on. The design features over a thousand handmade fiber optics, each cut with scissors at unique angles.

The slightly different angles at which these “stars” are cut create an authentic starlit night-like atmosphere. Some stars are more prominent, others are tiny dots, while for effect, the latest version of Ghost has “shooting stars.”

One of the most awesome accessories on the Ghost is the iconic Rolls-Royce umbrella – and that takes us to the car component that houses them; the rear doors. Due to their heavy weight, the rear doors in the latest Ghosts have an inbuilt automatic opening and closing mechanism that is controlled by buttons.

Furthermore, the umbrella can be customized with chrome or other precious materials along with other customizations offered on the Rolls-Royce Ghost.

NEXT: Here’s Everything We Know About The 2022 Rolls Royce Ghost


Next
These Are The Coolest Corvettes Of The 2010s 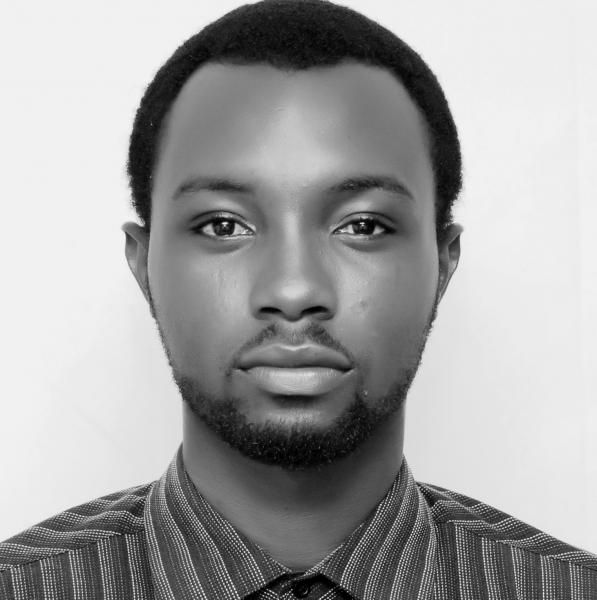 Olakunle has contributed as a writer on several platforms over the years. Right from childhood, he’s been fascinated by the world of automobiles. Hence, he finds contributing to HotCars quite interesting – a surreal experience.