The 2021 Bentley Continental GT Speed Convertible has been unveiled, less than a month after its hardtop sibling broke cover in late March.

Despite the weight gain, removing the roof of Bentley’s range-topping GT doesn’t appear to have slowed it down much, with 0-100km/h taking just 0.2 seconds longer than the coupe, completing the sprint in 3.7 seconds. 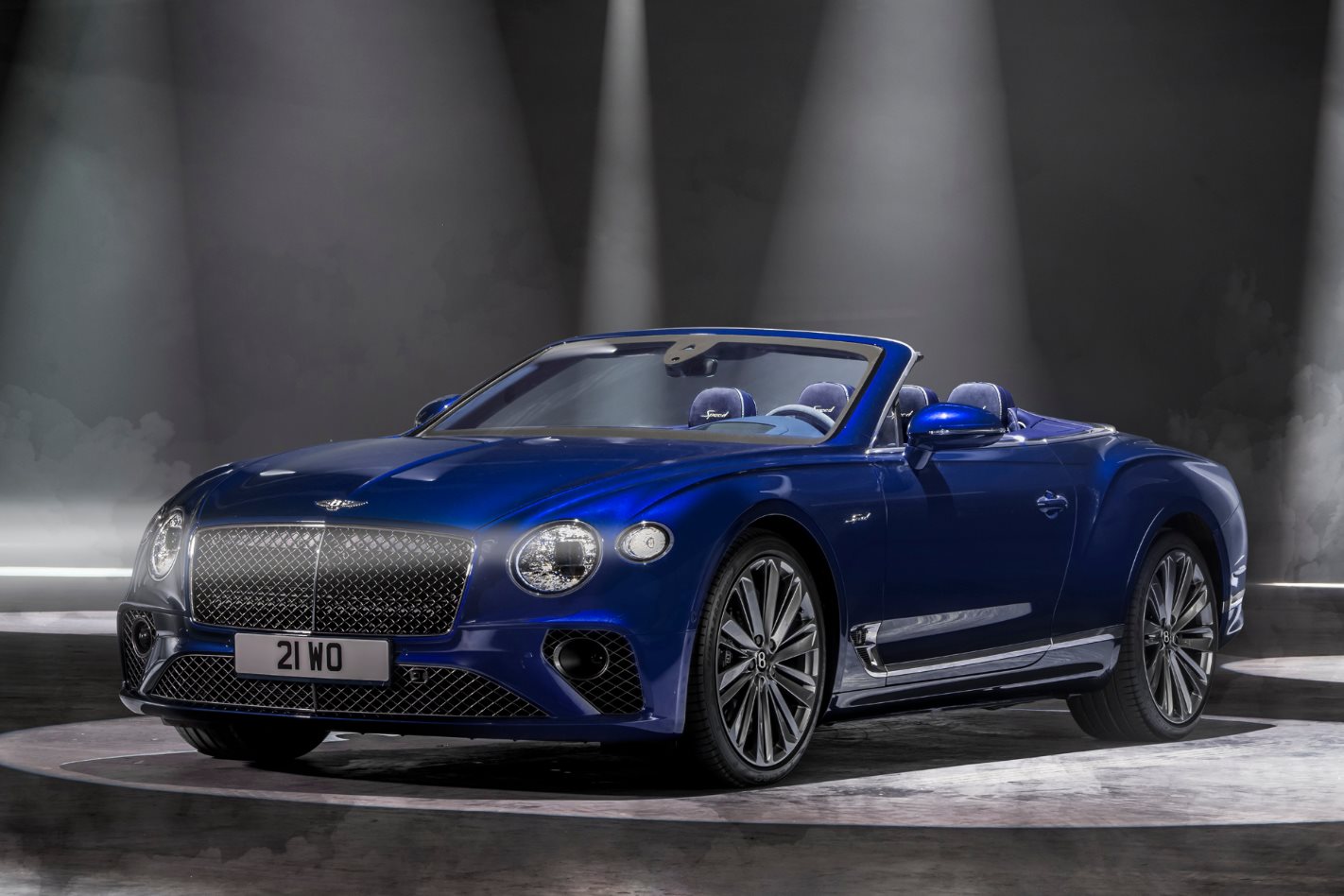 The soft top’s Vmax hasn’t been affected by the extra kilos either, with the convertible matching the coupe’s 335km/h top speed. 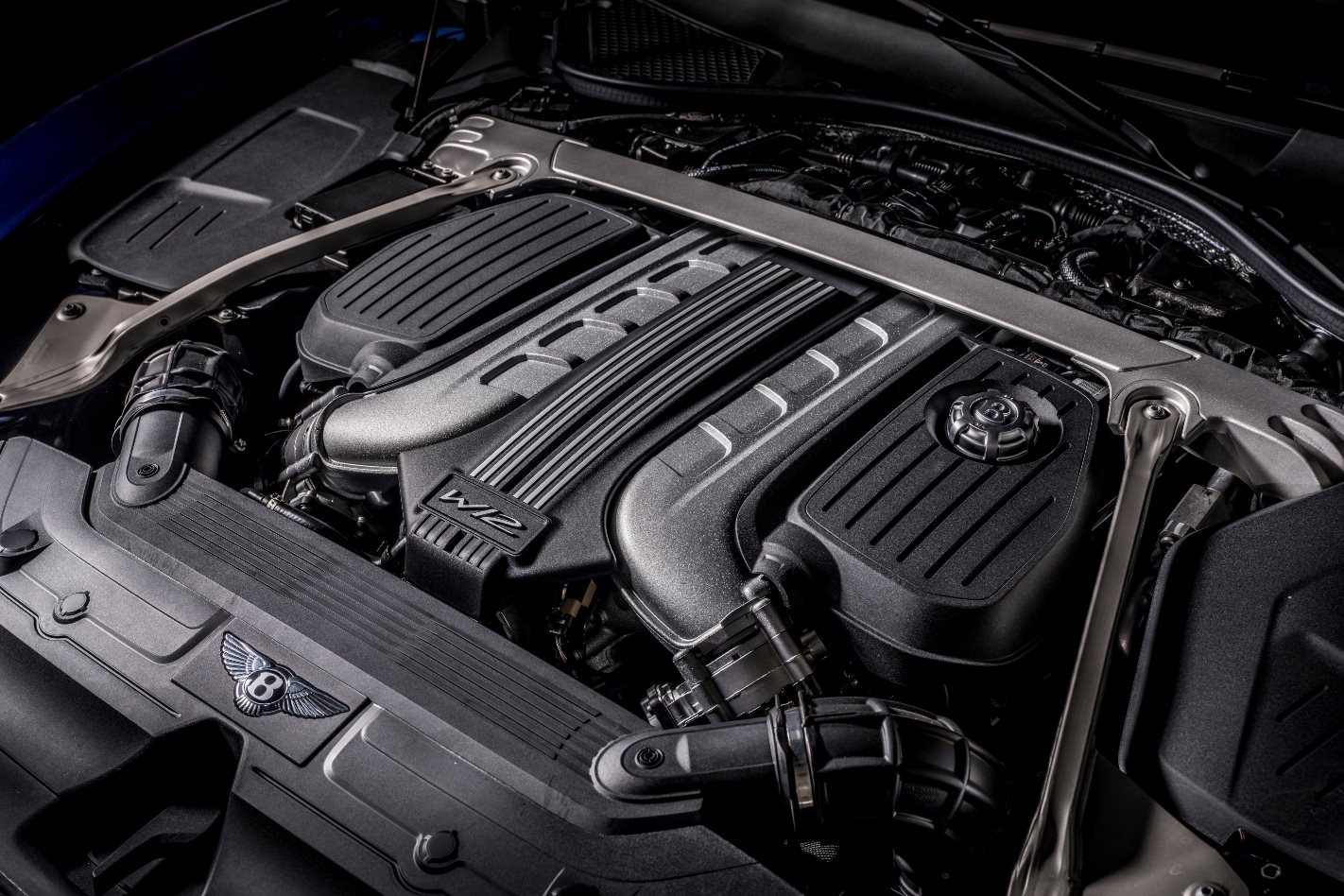 The herculean 12-cylinder beast is good for 485kW and 900Nm, and the monumental power is sent to all four wheels via an eight-speed dual-clutch transmission.

Four-wheel steering, an electronically controlled limited-slip differential and the option of 10-piston carbon-ceramic brakes have also been carried over from the coupe. 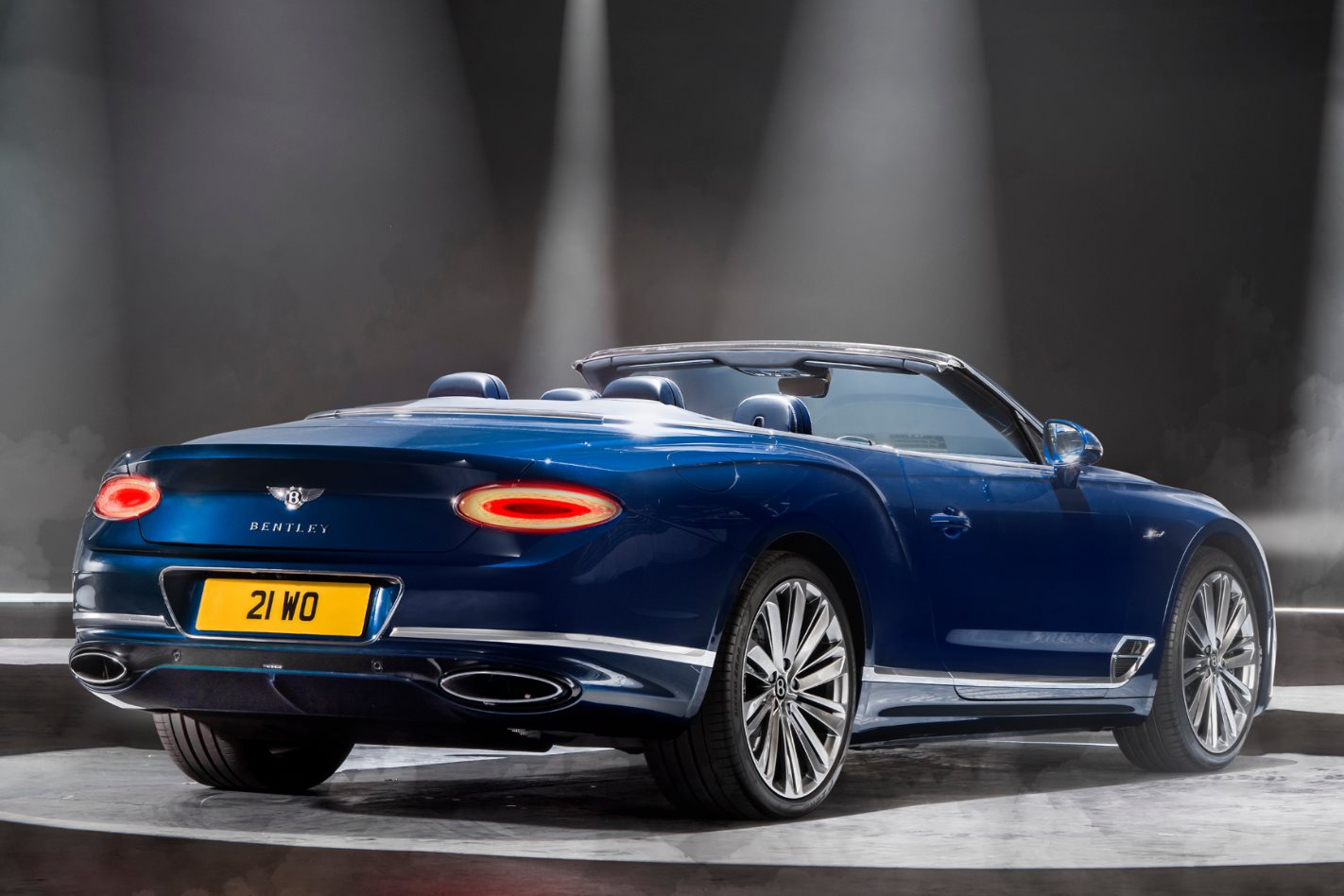 However, given the distinct lack of a fixed roof, Bentley’s engineers have worked on a bespoke chassis tune for the GT Speed’s ingenious three-chamber adaptive air suspension and 48V active anti-roll chassis technology.

Fitted with what Bentley describe as a tailored, ‘Z-fold’ roof, the fabric covering of the GT Speed has been specifically designed to reduce NVH in the cabin. 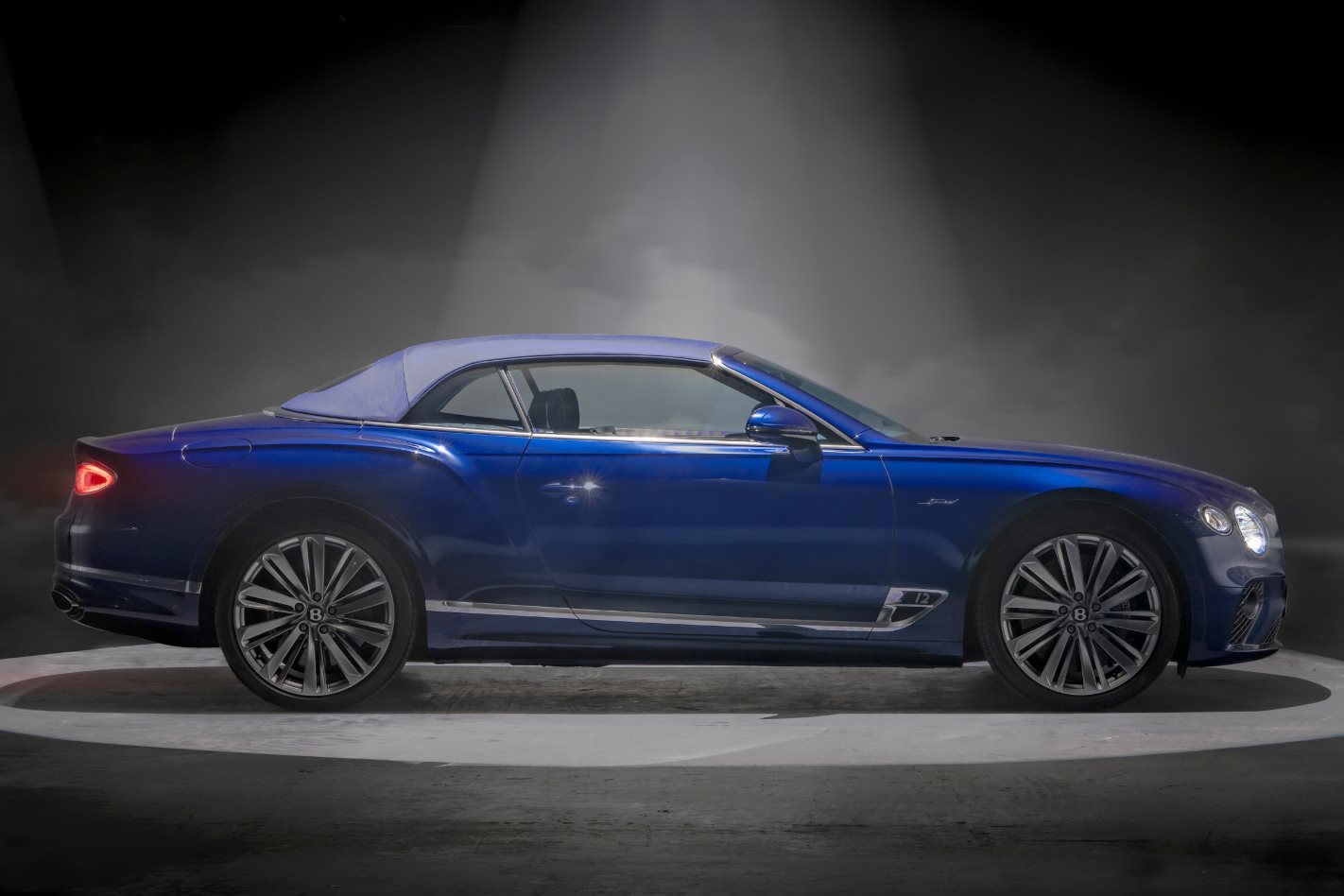 Bentley claims the roof is the most advanced of its kind, and as a result of employing new sealing technology, is three decibels quieter than the car it replaces.

The automaker even says its new convertible is quieter with the roof up than the previous generation Continental GT coupe, which is quite a feat. 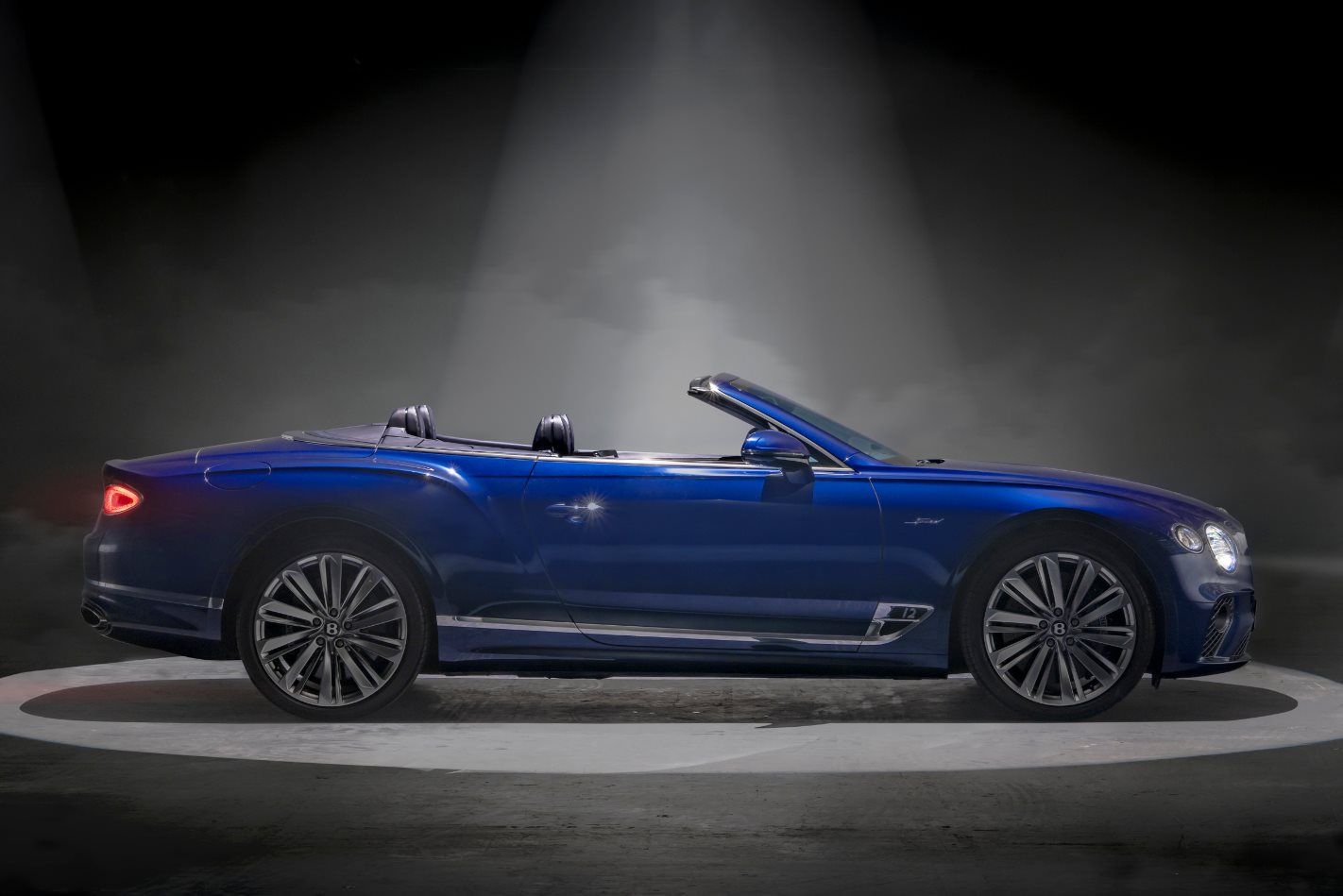 The roof can also be fully deployed or retracted in 19 seconds, and the driver can do this while on the move at speeds up to 50km/h.

Interior opulence is unsurprisingly off the charts, with a piano black veneer coming as standard. 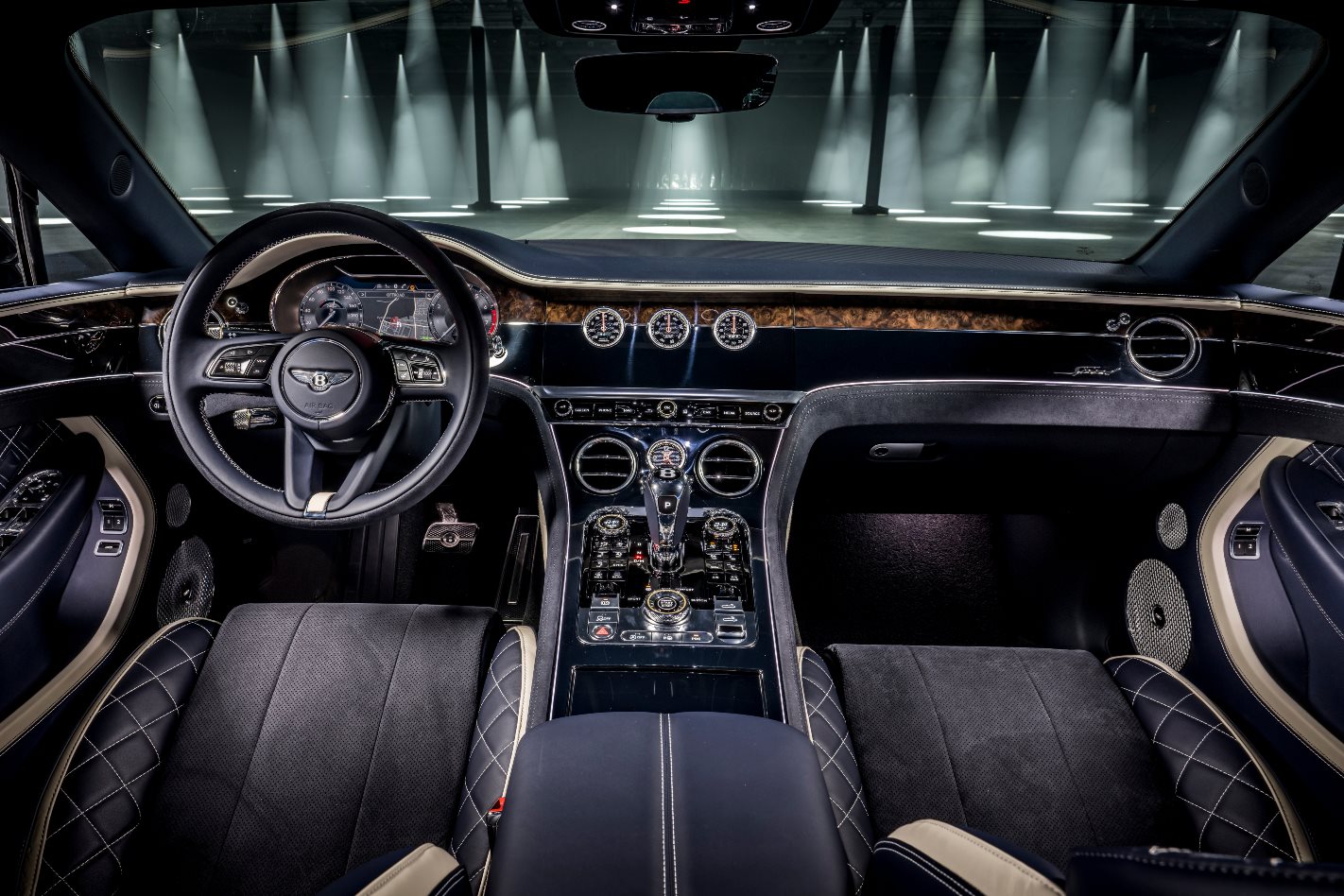 Electrically adjustable heated and cooled sports leather seats – with diamond quilting and “Speed” embroidered on the headrests – come as standard too, and the headrests also score a powered neck-warmer.

Owners that don’t want the regular interior for their drop-top can also engage Bentley’s bespoke Mulliner interior program, which can provide an almost limitless option list for interior personalisation.

The new 2021 Bentley Continental GT Speed Convertible is expected to go on sale in Australia in the final quarter of 2021, with local pricing to be announced closer to the car’s local launch.

Bitcoin price – Column: Wait to invest in Bitcoin — it’s just not ready yet

Personal Finances News - How to start being financially stable today