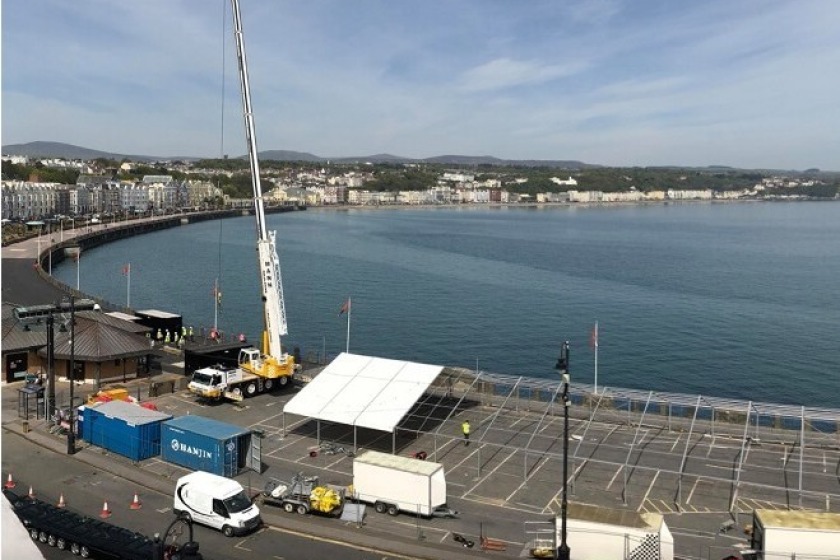 Councillors in Douglas have had a lengthy debate on what should be done with the Bottleneck Car Park during the TT fortnight.

Expressions of interest are being sought by the authority to see how the site could be used as an entertainment venue.

It used to be the home of Bushy’s Beer Tent, which moved to the Villa Marina Gardens after losing the contract for the Bottleneck in 2017.

A number of ideas were suggested during this month’s council meeting, including using the car park for go-karting, a pop-up market, or as another beer tent.

The site has become vacant after the Hooded Ram pulled out of its five-year contract to operate there.

A number of councillors voiced their disappointment that the Bottleneck would not be kept as a car park for the two weeks.

However, Chair of the Environmental Services Committee Ritchie McNicholl said no decision had been made as to how the site would be used.

Subscribe to get Energy FM News direct to your mobile device

You can get Energy FM News delivered direct to your mobile device using one of the following methods.

Sports Gambling – No. 7, No. 8 or bust: How each play-in team can get to the NBA playoffs

Personal Finances News – Should You Really Delay Social Security? Ask Yourself These Questions to Find Out

Personal Finances News - Should You Really Delay Social Security? Ask Yourself These Questions to Find Out