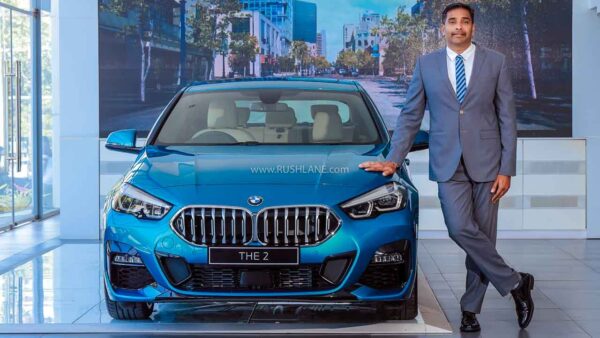 Luxury car brands have taken a considerable hit in sales in March this year, things are hopeful of improvements with new candidates in the making

Luxury cars have witnessed a substantial fall in sales in the last month of the concluding financial year. The segment saw sales of 2,082 cars in March 2021 against the sales of 3,610 units in March 2020, therefore, witnessing a drop in YoY figures by 42.3 percent.

This space was led by BMW as it managed to pip its German rival Mercedes Benz and claim the numero uno spot. The Bavarian automaker managed to sell 826 units across the country last month down from 1,367 units in March last year. This resulted in a YoY decline of 39.6 percent.

Mercedes, recorded a sales volume of 812 units last month as opposed to 942 units that translate to YoY degrowth of 13.8 percent. Both carmakers enjoyed a market share (MS) of 39.7 percent and 39.0 percent respectively.

JLR was followed by Volvo which registered a sales volume of 96 units in March this year down from 245 units in March last year. This resulted in a decline in YoY sales by 58.7 percent.

The Swedish carmaker was followed by another German marque Audi which managed to sell 93 units last month. In March 2020, Audi sold 452 units and this translated to a massive drop in sales by 79.4 percent.

The ninth and tenth spots were taken by Rolls Royce and Bentley. While the former sold just one unit, the latter was unable to sell even one unit last month. There have been quite a few new launches in the luxury car segment in recent months. Models like BMW 3-Series M340i, 6-series GT, Mercedes Benz A35, E-Class facelift, Audi S5 Sportback and more made their debuts in India recently with more models slated for launch in India in the coming future.

Disclaimer: The above numbers do not have figures from AP, MP, LD & TS as they are not yet on Vahan 4. Vehicle Registration Data has been collated as on 07.03.21 in collaboration with Ministry of Road Transport & Highways, Government of India and has been gathered from 1,274 out of 1,481 RTOs.

Luxury Cars – Lowriders Are Making a Comeback in Los Angeles