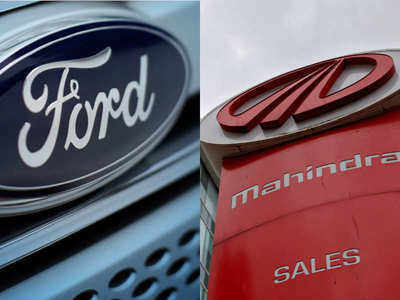 New Delhi: Mahindra has done it again. After shying away from half a dozen joint ventures, it has broken the latest one with Ford Motor of the US to avoid too much pressure on the scarce resources and focus on its core strength of SUVs.

The bigger question arises on the Mahindra & Mahindra’s (M&M) abilities to carry forward its joint-ventures and manage the partners. In fact, Ford partnered with M&M in 1996-97 to launch its Escort sedan that bombed in the Indian market. While the venture was called off soon after, Mahindra has inked over half a dozen alliances since then, and most of them have failed to take off successfully.

Pawan Goenka, managing director of M&M, and a former SIAM president, who is very much respected in the industry, said that the company has been able to utilise these alliances to its benefit and has grown as a versatile automobile entity.

In a media interaction on January 1, he addressed wide ranging issues from its beleaguered South Korean subsidiary Ssangyong Motors to not fulfilling its Ford commitment. “We are looking at the wider perspective of conserving our resources and right decisions. This has been induced by the challenge of the pandemic, and it’s prudent to take the steps for long-term benefits.”

He said that Mahindra is facing an incumbent bankruptcy proceeding with Ssangyong. It is in discussions with a potential investor and hopes to close the term sheet by next week. “We have debt obligations of Mahindra Ssangyong Motor Company that could not be met, but we are close to working out a term sheet by next week,” he said. The Korean company is now being run by its own management and has till February 28, 2021, to conclude a deal with the new investor. It will have to go into receivership if the deal falls through.

Even when an investor comes ashore, Mahindra would dilute its stake to less than 30% and render majority control to the (new) investor and take a backseat in the Korean subsidiary. In the same press meet Anish Shah, DMD & Group CFO of M&M, said that Ssangyong carries INR 980 crore equity liability and other inclusive liabilities of INR 950 crore in terms of debt, including INR 680 crore outstanding loans.

M&M may concentrate on its core business of SUVs. This may turn out to be a bigger challenge given the aggressive stance Maruti Suzuki and Hyundai-Kia have taken to grab major chunks of the SUV market for them.–

Coming back to Ford, a ‘Definitive Agreement’ was signed in October 2019 to develop synergies of the Indian and American entities. By the midnight of December 31, it has come to an end as the partners have allowed to expire the business transfer agreement.

Mahindra and Ford worked on the JV for almost two years. Going forward, they will move on with their businesses separately. Besides, the five major projects to tap the export potential of the JV would largely remain unutilised.

This means that M&M will concentrate on its core business of SUVs. This may turn out to be a bigger challenge given the aggressive stance Maruti Suzuki and Hyundai-Kia have taken to grab a major chunk of the SUV market for them.

Mahindra’s executive director for auto and farm Rajesh Jejurikar wants to focus on the genre SUV brand and try to consolidate it. “We have got another 6,500 bookings for Thar in December, and over 50% of these are for automatic. This shows our ability to develop a new market and customers beyond the conventional SUV segment,” he said.

Read Also: M&M in talks with an investor for majority stake sale in Ssangyong, looks for buyers

Mahindra may be looking at creating some new categories of products and fresh brands mainly in the lucrative EV space, and at high-quality SUVs to carry forward its lineage with a strong domestic strategy.

While some of the Mahindra-Ford JV employees will be going back to their respective parent companies, the future of Mahindra as an effective partner and ally has come under a shadow. It seems that Mahindra may lacks the ability to make good joint-ventures and make them happen rather than pinning them on lame excuses. It seems that Mahindra lacks the DNA to successfully manage joint-venture entities as it had almost a new one every alternative year, but without any huge success.

Besides the two JVs of Mahindra with Ford, it had allied with the French carmaker Renault (with Logan sedan), with Navistar for commercial vehicles, bought Kinetic to enter the two-wheeler space, and acquired Korean Ssangyong Motors. Most of these, including the Classic Legends which retails Jawa bikes, couldn’t be termed successful.

Mahindra may be looking at creating some new categories of products and fresh brands mainly in the lucrative EV space, and at high-quality SUVs to carry forward its lineage with a strong domestic strategy.–

“We have spoken in the past, and the new situation is very unique, because of the pandemic and has been re-defined. For us, it is where to put our money and the key resources. The auto business has undergone a sea-change in terms of shifting of money, and a call had to be taken on the way our JVs not necessarily be of 100% in the past, and we got several benefits from the earlier ventures,” Pawan Goenka clarified.

Mahindra does enjoy a supreme position in the domestic pickup segment where it is way ahead of its rivals. The JVs would have helped in the development and upgradation of is highly successful Scorpio SUV. Meanwhile, the company entered into the sedan space with some help from Renault, and the highly competitive commercial vehicle business with Navistar.

If it can crack the strategy to strengthen its core and put the right focus and resources on its core strength, Mahindra can be in the top three position of the Indian automobile industry, a position it held a few years ago.

Luxurious Automobiles – The Information To Shopping for Your First Unique Automobile