Home » Luxury Cars – Synthetic fuel to save Porsche 911 – not electrification 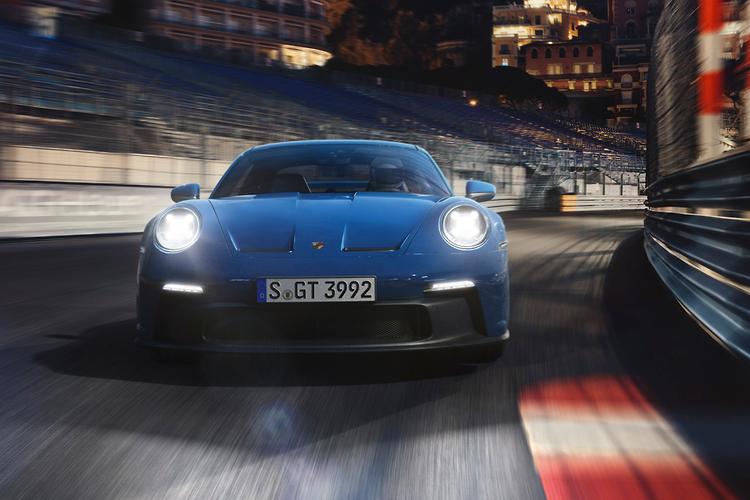 Asked whether e-fuels would future-proof the 911, Preuninger said: “Absolutely. That’s why we do it.

“Right now it’s a lot more expensive but the more you spend money on developing that process the lower the cost will be in the end.

“Look at all the cars with a combustion engine out there. You can’t switch them off from one day to another and all go electric. We have to do both, because all the cars we buy now around the world will still be there in 20 years.

“There should be a way that we can operate these cars with less emissions, so this will help a lot in keeping the combustion engine alive, especially in the 911 and especially for cars like GT cars.”

Preuninger said e-fuel is compatible with all existing internal-combustion engines without modification and can even increase performance in some cases.

“We’re really eager on getting these synthetic fuels. You can even make more power with those,” he said.

“There’ no unwanted by-products in synthetic fuels like there are in normal fuels and from our point of view they only have advantages so we have to really keep pushing this. This is a very strong message we have there.”

The chief benefits of e-fuels, which are made up of around 8-10 components compared to today’s fuels that have between 30-40 additives, are lower CO2, NOx and particulate emissions, and zero by-products in their production.

The development of synthetic fuels will help Porsche reduce its average fleet emissions in line with EU targets and the company says that in terms of well-to-wheel emissions (including manufacturing) e-fuelled vehicles are as efficient as EVs, which require more resources and raw materials including rare-earth metals.

Separately, Porsche is also investing heavily in electrification. It has just released its first EV, the Taycan, and has long said its latest 992-series 911 is package-protected for plug-in hybrid technology, meaning it could join Porsche’s growing number of existing PHEV models.

Indeed, the famed German sports car manufacturer has said that by 2030, 80 per cent of its new vehicles will be EV or PHEV, meaning combustion-powered models will account for just 20 per cent of sales within a decade.

But Preuninger said the weight penalties of energy-dense lithium-ion batteries would make the 911 – and in particular GT versions – the last candidates for EV or PHEV powertrains.

“I’m sure that the GT model line will not be the first to introduce something like that.

“I think all the broad members and [Porsche chief] Oliver Blume as well made the statement that there will always be a non-electric variant of the 911 because we believe in the combustion engine and we believe it’s the correct way for propulsion for a 911.

“I wouldn’t say that hybridisation would be a bad thing for a GT car in the future but – and this is the big but – we have to consider the weight.

“If technology gives us the answer to how to substantially lower the weight in the car by going electric – and that’s in the first place the battery – then I think there’s enough ideas how to make the electric motors lighter because this is classical hot-rodding.

“You know you can take magnesium parts, lightweight parts … it’s going to be expensive but you can find a way, so it’s the batteries that are the problem.

“If you have too small batteries it makes no sense if you only have boost for only a couple miles then it’s over and you then just carry the weight around. So it’s always coming back to weight.

“And I think – it’s just physics – a 1.9-tonne GT car there’s just no market for something like that and I don’t think there’s any tyres that allow you to operate a car like that in the way you would a normal GT car sometimes on the track.

“So we have to get the weight out of those systems and substantially. If we reach the point where we can add a system like that with a penalty of let’s say 100kg and not more then we can start talking.

“But I don’t think that will be in the near future. Definitely not. From today’s standpoint I would say the GT cars will be the last to convert to something like that.”

So while a Porsche 911 Turbo S E-Hybrid could be released sooner than a 911 GT2 RS E-Hybrid, e-fuels look certain to shore up the future of traditional 911 variants of all types well into the future.

“We’re doing both,” said Preuninger. “We’re making great electric cars which is correct and the right thing to do, but we have to concentrate on the other side as well.

“And this is the best means of keeping the combustion engine alive for a lot longer.”