The Century has long been Toyota’s flagship model. It was first introduced back in 1967, with the Century name selected as a celebration of the founder of Toyota, commemorating Saikichi Toyoda’s 100th birthday. With just three generations produced since the late ’60s, it has always been one of those cars that continues to intrigue those in the West.

The Century was meant only for the uber-elite of Japan. Money alone couldn’t buy these cars, with dealerships unable to sell to punters off the street. Unlike, say, a Mercedes S-Class, or even a Rolls-Royce, the ethos behind the Century has always been different. Even today, it is more than a mere status symbol; it’s almost as if it’s earned rather than purchased.

The Toyota Century was strictly designed for top-ranking officials and diplomats, later becoming available to corporations. Arguably, the only other Japanese car that could come close to it in terms of luxury was the Nissan President, but the purchase of one of those was far less restricted.

1997 saw the Century undergo a significant refresh, evolving into what would be only its second generation. Its design, which had been around since the late ’60s, got was revised. However, the looks weren’t what made the 1997 model an instant classic, but rather what lay underneath that massive bonnet. The Century became Japan’s first car ever to have a V12 engine and the only Toyota to sport so many cylinders too. The V12 in question was a 5.0 liter, pushing out a modest 276 BHP thanks to the gentlemen’s agreement between Japanese manufacturers — well, at least on paper. But, as this video from Roads Untravelled points out, that agreement was a famously unreliable barometer, as many of those top-flight engines pushed more than 300 HP at the wheels. 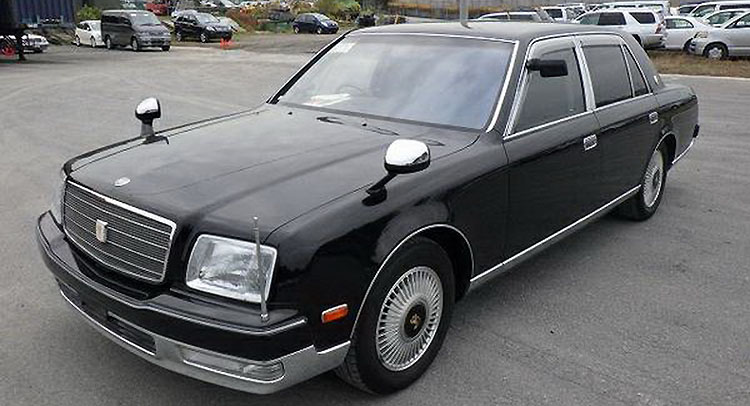 Almost as fun as driving such a behemoth Stateside are the sheer number of toys on offer. The Century was focused on those in the back, with many features provided to rear-seat passengers to experience the ultimate in luxury. First, you get your standard Japanese preference for cloth over leather, with wool viewed as a more luxurious material for a car interior in Japan. In addition, you get massaging seats, a TV screen with remote, multiple audio options and formats (tape and CD — it was the ’90s after all), a front-seat pass-through combined with electric rear seats so that you can stretch out virtually horizontal, and a host of other niceties.

The owner tells the host how he originally intended to transplant the Century’s V12 into his Celica – a plan that was abandoned on the realization of just how clean this example was. And while a Century may not be the most obvious choice for import, the combination of its exclusivity, bespoke powerplant, and superlative comfort means that this is one JDM oddball you won’t regret getting into the States.

Warren Buffett – Bill Gates and Melinda Gates divorce: Everything to know about the foundation and billions at stake