The Race to the Clouds starts at 2,834 m and ends near the summit at 4,297 m, where the air is less dense than at sea level. This means that in addition to the engine, a lot of work has been put into the aerodynamics of the car.

The Continental GT3 Pikes Peak uses a huge rear wing, which the company claims is the largest ever mounted on a Bentley, and a custom rear diffuser that surrounds the transaxle. To maintain the balance between the front and the rear, these components are combined with a wide front-end package that includes a huge two-piece front splitter. It might look like the Bentley swallowed the rear wing of another car, but it would fly and tip over without this arguably unaesthetic upgrade.

The suspension settings include extra-soft springs and stabilizers to allow more body movement and to maximize weight transfer during heavy braking. The brakes themselves are water-cooled to withstand the enormous loads that such a demanding course brings with it. 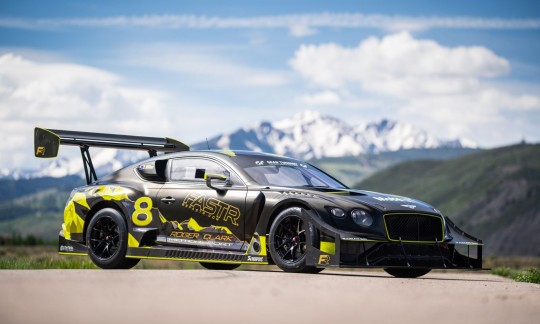 Together with the UK customer team Fastr, Bentley’s main goal is to set a new record for the Time Attack 1 division after breaking the one for production SUV with a Bentayga W12 in 2018 and a production car a year later with a Continental GT.

To dethrone Porsche and improve its time of 9: 36.559, the car has to complete the nearly 1,524m run at an average speed of over 125.5 km / h, but keep in mind that this involves 156 difficult corners. Fortunately, it is driven by three-time Pikes Peak champion and former “King of the Mountain” Rhys Millen, the man who is also responsible for Bentley’s two records mentioned above.

The 99th edition of the legendary hill climb is planned for June 27th. So be sure to mark this day in your calendar if you want to see the Continental GT3 Pikes Peak in action.

Luxury Watches – 2021 watch design: 7 of the best watches for a year of renewal