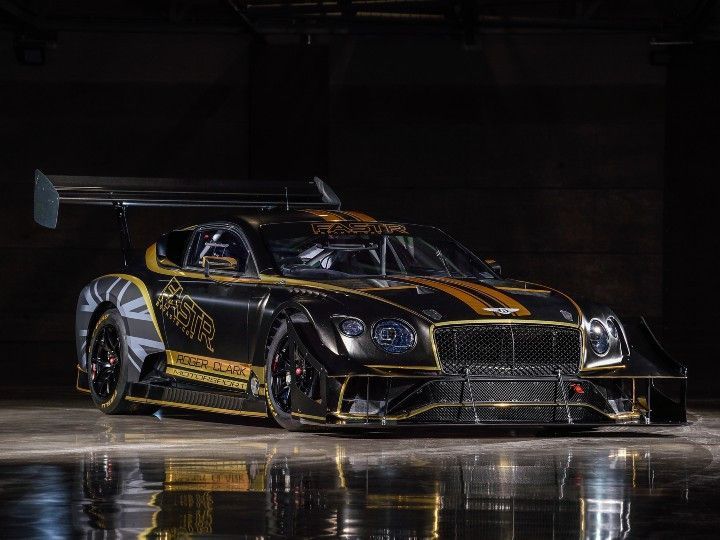 By that adjective, we mean that the Continental GT3 Pikes Peak will tackle the 20km course on renewable biofuel-based gasoline. Sure, the carmaker is still evaluating various fuel combinations, but they claim a bold reduction of greenhouse gasses by up to 85 percent over standard fossil fuels.

The racer will be powered by a modified 4.0-liter turbo V8 with short side-exit exhausts for that euphoric scream of the turbocharged engine.

To tackle the near 5,000ft hill climb (consisting of 156 corners at average speeds of 125.5kmph), Bentley has given the Continental GT3 Pikes Peak an aero package, which the carmaker claims to be their most extreme version of the Continental GT, let alone any Bentley road car. It consists of the largest rear wing for a Bentley model, with a beefy diffuser sitting below it. There’s also a two-plane splitter up front and cooling air scoops replacing the rear windows.

The Bentley Continental GT3 Pikes Peak is one of the focus points in the carmaker’s ‘Beyond100’ roadmap to reduce carbon footprint. Piloting this time attack monster will be three-time Pikes Peak champion and former ‘King of the Mountain’ Rhys Millen.

Can Bentley’s latest contraption overthrow the Porsche 911 GT2 RS Clubsport as the King of the Time Attack 1 category? All our questions shall be answered once the 99th Pikes Peak International Hill Climb begins on June 27.

Luxury Cars – I’m A Front Line Physician! What Car Should I Buy?

Luxury Cars – Pebble Beach Is Back On, But Mercedes, Rolls-Royce Not On Board

Luxury Cars – The Flying Spur V-8 Is a Real Bentley