As if the super SUV needed another reason to stand out.

Standing out and staying relevant is what celebs do and by extension their cars end up shouldering a large part of that responsibility too—sadly, at times, with tragic results. From Hulk Hogan’s ketchup and mustard Viper that looks like it belongs in a fast food marketing campaign to YouTuber Jojo Siwa’s Tesla Model X covered with her face hundreds of times over, celebrity cars continue to push the limits of how ugly a car can truly get. Other stars, such as makeup mogul and supercar collector Kylie Jenner prefers unconventional features over wraps and colors if her former Rolls-Royce Cullinan is any indication, which auto shop RDB LA recently featured on its YouTube channel.

The Rolls-Royce Cullinan is a super luxurious off-roader with just about everything, from a V12 engine capable of rocketing the SUV 0-60 mph in five seconds to a lavish interior with lounge seating. It’s the kind of superluxury that Rolls-Royce specializes in and all for the cost of $300,000.

The Cullinan originally came to RDB LA stock with all its chrome, which the auto shop was more than happy to black out using wrap. According to the shop’s founder, Vik Tchalikian, they blacked out the SUV’s door moldings, door handles, window moldings, front grille and, best of all, those 26-inch gloss black wheels.

A Car Feature Reserved Purely For The ‘Cool Factor’

Being that it once belonged to Kylie Jenner, the car has several aspects that make it unique. It’s got a special blue paint job that Tchalikian admits he “hasn’t seen before,” a stunning white interior, and most extravagant of all, fold-out back seats.

“Not many people have this really cool option,” said Tchalikian. “Kind of cool but useless—I don’t know, maybe if you go to a drive-in movie or something.”

While there probably aren’t too many occasions to fold out the rear seats, they certainly add an extra dose of exclusivity to the already limited edition luxury SUV. In truth, they still look pristine, making one wonder if they’ve ever seriously been used before.

From a practical standpoint, the seats don’t make a lot of sense. Tchalikian admits they eliminate around four inches of trunk space. For a celebrity though, that’s probably the last thing they care about.

NEXT: These Expensive SUVs Are Now Depreciating Like Crazy

Carroll Shelby And The Muscle Car Legacy He Left Behind 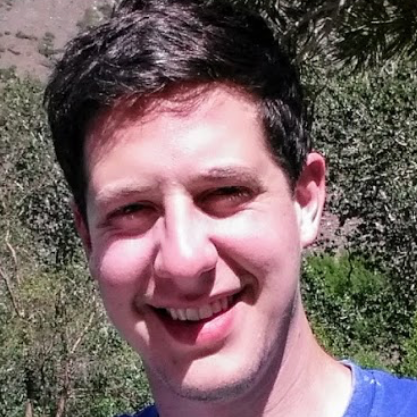 HotCars News Editor and small business owner, David has been writing for the site since 2018 and can remember sitting on his father’s lap in the driver’s seat of his family’s two-door Ford Maverick thinking he was the one steering into the driveway.

David’s real love for cars began in high school while working on various projects in his friend Chris’s garage, including on one occasion banging out the dent in a fender he had made to his parent’s Altima. His tastes have changed over the years from loving ‘90s JDM cars to appreciating a reliable SUV for his family. Today, he almost gets as much of a thrill haggling over the price of a car at a dealership as he does driving a sports car.

Aside from keeping up and reporting on the latest news in the auto world, David loves to fish, watch movies, and spend time with family and friends where he currently resides in Southern California.