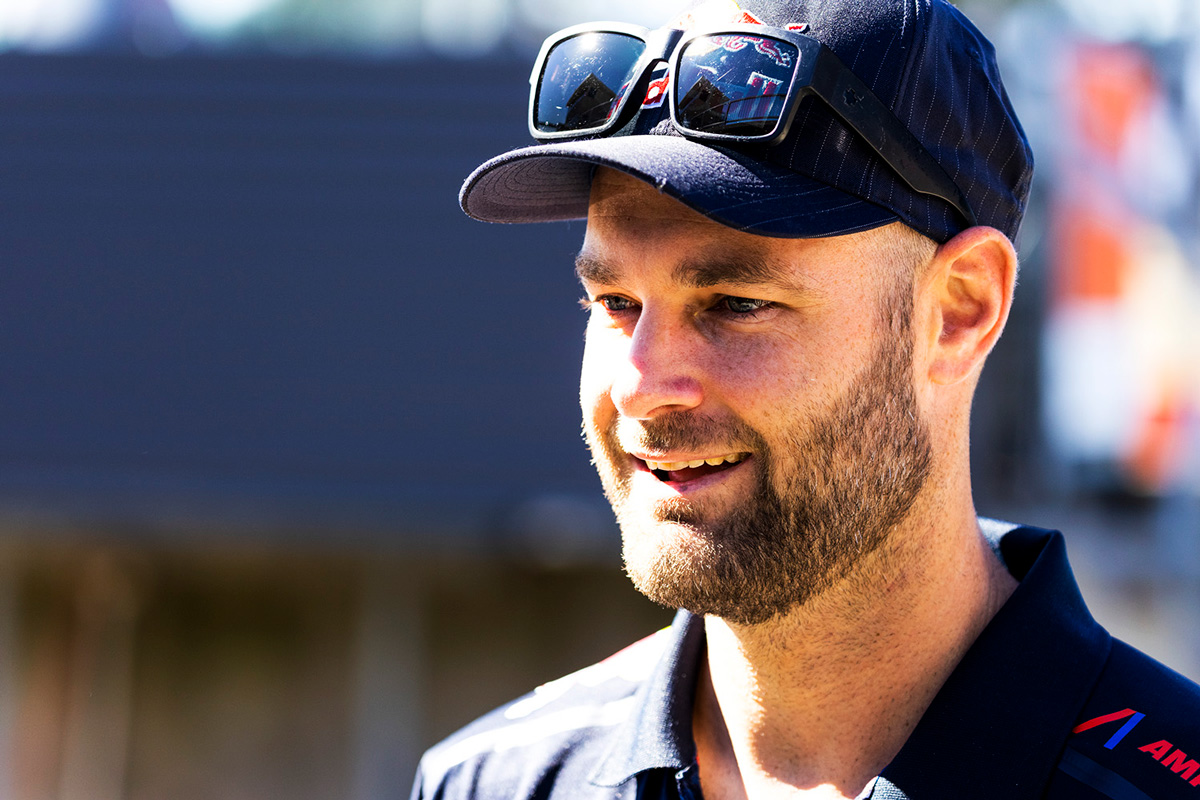 Could Shane van Gisbergen be a NASCAR starter in years to come? That’s the suggestion from ‘The Enforcer’ Russell Ingall.

Van Gisbergen has frequented Europe, Asia, and North America to compete in the world’s most iconic GT3 endurance races; however, NASCAR has remained untouched by the New Zealander.

In the latest Enforcer And The Dude video, Ingall expressed his own desire to see van Gisbergen make a start in NASCAR.

That could have the support of James Small, NASCAR Cup Series crew chief for Martin Truex Jnr.

“We asked James Small this – and you’d be interested by his response actually, obviously he works with Joe Gibbs Racing with Martin Truex Jr – about [if you’ve] got any aspirations to head over to the States or do something,” said Ingall.

“Because I’ve always bashed on that I would love to see you in a road course. I understand the oval because they’re very specialised, but in a road course, NASCAR, even if it’s a one-off.”

Van Gisbergen replied, “I’d love to have a go, but you see the disparity in equipment, you’d have to be in a good car and do it properly.

“It would be awesome to have a go, but I don’t think I could do it full-time there.

“You want to drive one of those things. They’re big horsepower, low grip, not much aero. I think they’d be pretty cool to have a go.”

To which Ingall said, “We put in the word for you. He [Small] said, ‘You know what? Leave it with me.’ Those were his words.”

Supercars and NASCAR are in the midst of developing new cars for 2022.

NASCAR’s ‘Next-Gen’ stock car will have similar hallmarks to the current Supercars, which could be an attractive product for van Gisbergen.

NASCAR will adopt a six-speed sequential gearbox, actuated by a lever.

Supercars is investigating a move away from its ‘stick’ shift in favour of paddle shift, something van Gisbergen is vehemently against.

New Zealand has had just one driver compete in contemporary NASCAR machinery, that being Earl Bamber who made a start in the feeder Xfinity Series last year on Daytona’s road course.

Marcos Ambrose, Owen Kelly, and James Davison have represented Australia in NASCAR through its various divisions.

While Ingall would like to see van Gisbergen make a start in NASCAR, the current Supercars points leader is keen to return home in the short term.

“I did a rally in New Zealand in dad’s in Escort and then a hill climb, or a rally sprint, the next day – that was just awesome,” said van Gisbergen.

“Those guys are another level. Getting all that information trying to process it as you’re driving, all the notes, it was pretty overwhelming.

“I’d want to have another go at that again properly. Now that the borders are open, hopefully I can do some NZ rally rounds. I have to wait and see. It’d be cool to do it.

“Our mid-year, in particular, is so spread out,” he added.

“It’s one every three or four weeks. Then they stack it at the start and the end. In the middle of the year, I’ve got to find something to drive.”

Shop Stock: 3 Top Stocks to Buy on the TSX Today