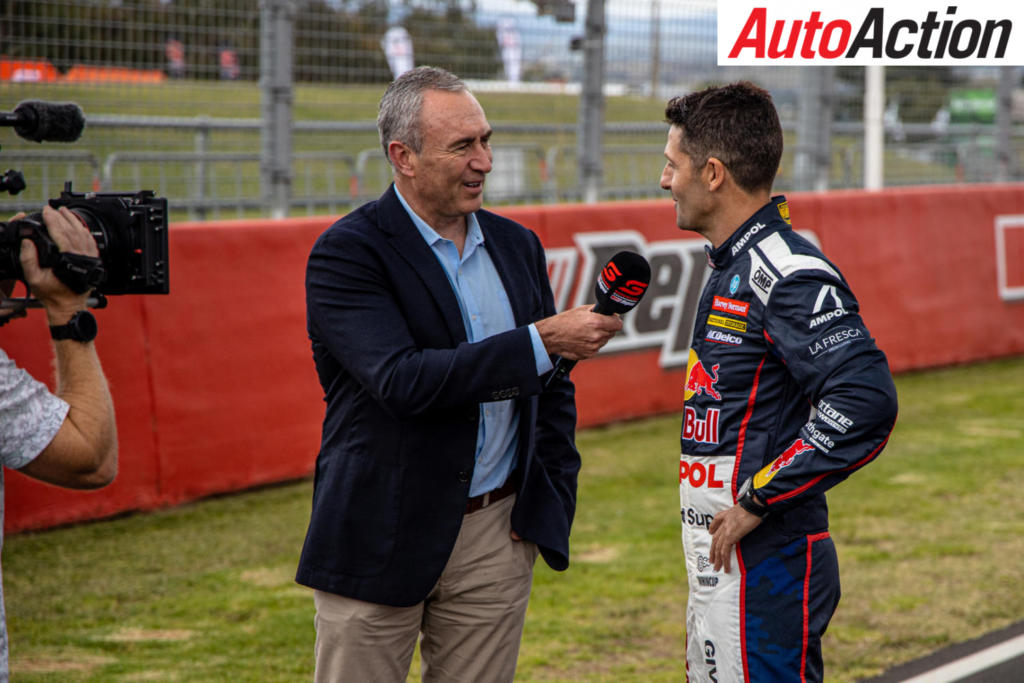 Free TV giant Seven is crowing about the success of its return to Supercars, highlighting the exodus of viewers from pay rival Foxtel.

Seven is claiming a ratings soar for its live coverage of the weekend’s season-opening Mount Panorama 500, suggesting it drew away a chunk of Foxtel subscribers.

Channel 7 is back as the free-to-air partner in Supercars’ new $200 million, five-year broadcast deal alongside Foxtel’s Fox Sports.

After six years on Network Ten, Seven trumpeted an immediate boost of 28 per cent for its Bathurst telecasts compared with 10’s live coverage of the 2020 season-opening Adelaide 500.

Seven claimed 80 per cent of the Mount Panorama 500 TV audience over the weekend, reaching more than a million viewers.

Australia’s top-rating free TV network sprouted that it had 296% more viewers than pay TV across the weekend.

Seven’s return to Supercars was shown live on the main Channel 7 – dubbed ‘Big 7’ by sections of the motorsport media – and streamed on 7plus, which showed the racing ad-free.

Fox Sports’ coverage was also steamed for free on Kayo, for which viewing figures aren’t available.

Sunday indicated a sizeable number of Foxtel subscribers switched to Channel 7 to watch the qualifying and racing.

According to Seven sources, Fox Sports lost around 25 per cent of its audience to Channel 7’s free broadcast.

There is no love lost between Seven and Foxtel despite sharing the broadcast rights to AFL and cricket as well as Supercars.

Former Supercars supremo James Warburton is the chief executive of Seven West Media and is known to have a spirited rivalry with Foxtel boss Patrick Delaney.

Warburton drove Seven’s return to Supercars and also rival ARG’s TCR and S5000 events, which are shown live on 7mate.

As well as ‘Big 7’, some of Seven’s Bathurst coverage was on 7mate.

Seven’s platforms will screen another five of the remaining 11 scheduled Supercars events live. Next will be Darwin in June, followed by Townsville in July, Sydney SuperNight in August, Bathurst 1000 in October and the season-ending Gold Coast 500 in November.
They’ll all be streamed live and ad-free on 7plus.

PIP is routine in American sports broadcasts and was previously used here by Channel 10 during its Bathurst 1000 telecast.

On digital FTA TV, Channel 7 is also available in High Definition on Channel 70, while 7mate is on 73 and in HD on 74.

Supercars’ return to Seven at Mount Panorama was accompanied by a bespoke presentation, which will be repeated at the other five rounds shown live on Big 7.

While the Supercars track action was simulcast, Seven added its own hosts and reporters, with Seven Sport boss Lewis Martin on site directing the coverage. 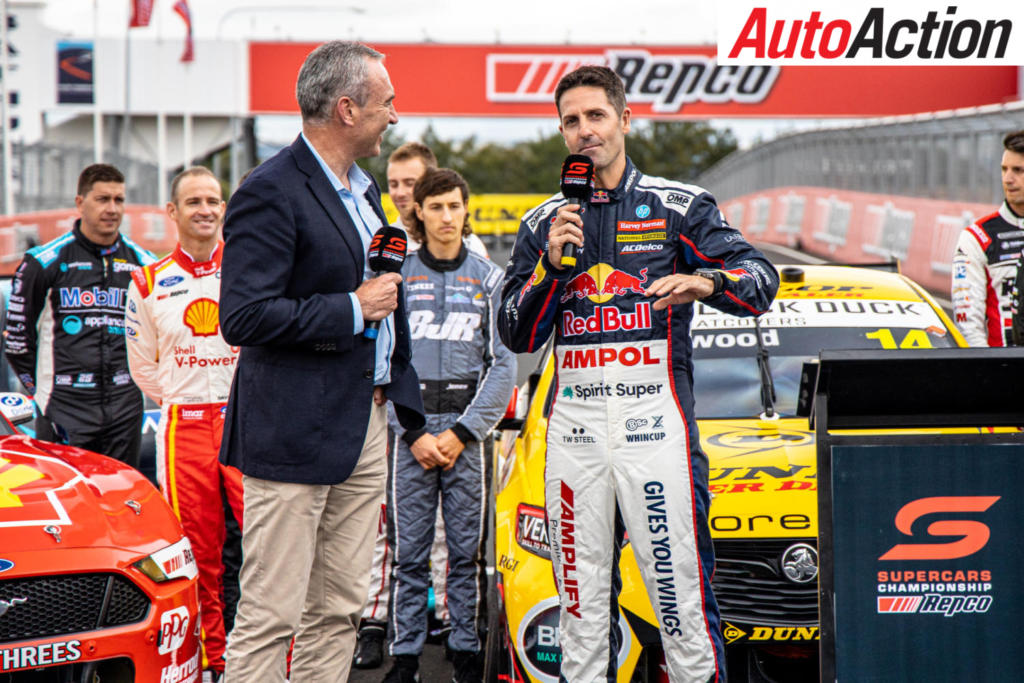 One of the few mainstream TV sports presenters interested in motorsport, Beretta was solid, if a little too enthusiastic and prone to boosterism.

Gelmi added nothing, while Hodge states the obvious despite his alleged knowledge and enthusiasm for car racing.

Perkins was a credible reporter, with his pit lane interviews providing good insight. However, Perkins’ chat with Dick Johnson was too fawning.

Despite glitches with the new on-screen graphics package, it was as comprehensive and informative as ever.

But there were a lot of voices in the revised commentary line-up in addition to stalwarts Mark Skaife, Neil Crompton and Mark Larkham. Put Lowndes back on the desk with Jess Yates and Skaife as an upbeat analyst, at which he is best suited.

The standout star was Garth Tander, whose presentation and poise were highlights.

Tander knows his stuff and presents in informal but informed manner.

If GT is not being groomed to take over from Skaife, I’ll be very surprised. With more experience, he will be the natural successor as the expert analyst on main game race calls.

Alongside whom is the big question. Crompton is ‘The Voice Of V8s’, but change is afoot.

All on-air talent is on one-year deals, so a big change to the commentary team in 2022 is not out of the question.

In fact, it is quite likely.

Word is that even Larko is doomed beyond this year.

He was reinstated after the fan furore over his axing, but insiders maintain he will be a victim of a delayed cull of ‘traditional’ commentators that will also claim Crompton.

AUTO ACTION persistently hears that Tander and supports commentator Chad Neylon – a Crompo protégée – are in line to take over as lead race callers in 2022.

Both are knowledgeable broadcasters, but they would have very big shoes to fill.

Skaife annoys a large section of the audience, but his credibility and name recognition are powerful.

Crompton is also polarising, but his expertise is unchallenged.

All indications are that there will be a changing of the guard on TV in 2022, with AA understanding that Supercars is determined to popularise the broadcasts.

Luxury Cars – Do you want to live in a Bentley? Soon it will be possible, and no, it is not a joke … – Explica .co

Super Cars – All-time upset: The Tassie win from 29th on the grid