Home » Luxury LifeStyle – Conor McGregor may have lost hunger that made him a UFC great with luxury lifestyle, fleet of cars

Marvin Hagler’s classic line: ‘It’s tough do roadwork at 5am when you’ve been sleeping in silk pajamas’, might be pinging around Conor McGregor’s head right now.

The Irishman’s TKO defeat by Dustin Poirier, a first stoppage loss of his career, has prompted questions about his hunger to reach the top again.

Having been on welfare in 2013 and then fought tooth and nail to accrue the millions he has banked today, it seems a logical query. 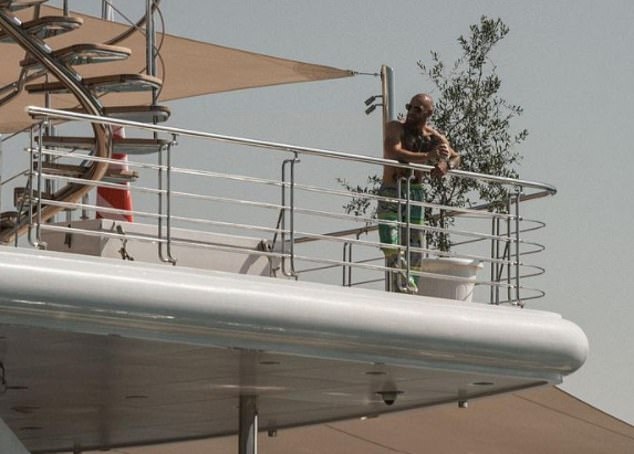 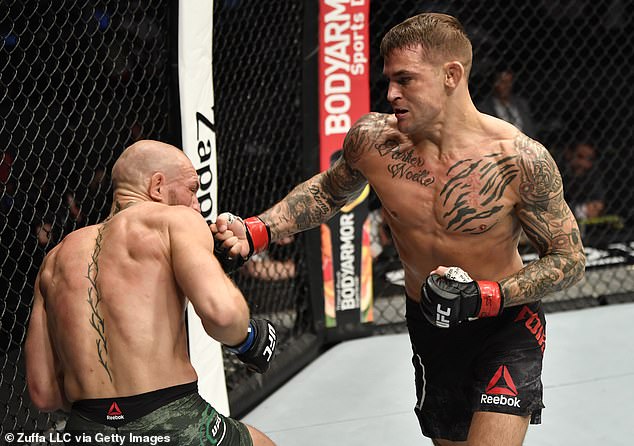 Even UFC president Dana White made the point in his post-fight press conference on Saturday.

He said: ‘Look, there are two ways this goes – hungrier or ‘I’m done’, he’s got the money.

‘This is like Rocky III, when you get offered a 300 foot yacht, it is tough to be a savage when he is living like he is.

‘When he was a young kid he was hungry, now he has got everything he ever wanted so i don’t know, it goes this way or that way.’

McGregor made his name as the loud-mouth entertainer, ruthless when it game to psychological warfare and an assassin in the cage with his huge left hand.

Poirier was on the receiving end of all that back in 2014 but it was fascinating to hear him say he did not feel the same level of intimidation from his opponent this time round. 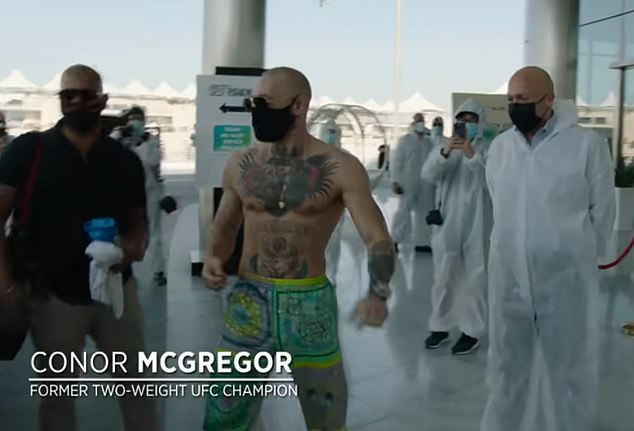 He said: ‘I felt that – and maybe it’s just my growth, too – but I felt his presence less, his aura less.

‘I just saw another fighter tonight. I think the first time I was deer in the headlights, you can say. This time, I was just fighting another man – another man who bleeds just like me, and I knew that.’

Of course, McGregor is a fierce competitor and all the talk in the lead-up to UFC 257 was that his training camp, for which 50 sparring partners were flown in, ran incredibly well.

His coach John Kavanagh told Sportsmail it was the ‘perfect storm’ of conditions coming together for a motivated McGregor to look the best he’s ever looked.

There was no storm in fight week, however. It was all plain sailing, mutual respect and even an exchanging of Poirier’s branded hot sauce for McGregor’s Proper 12. 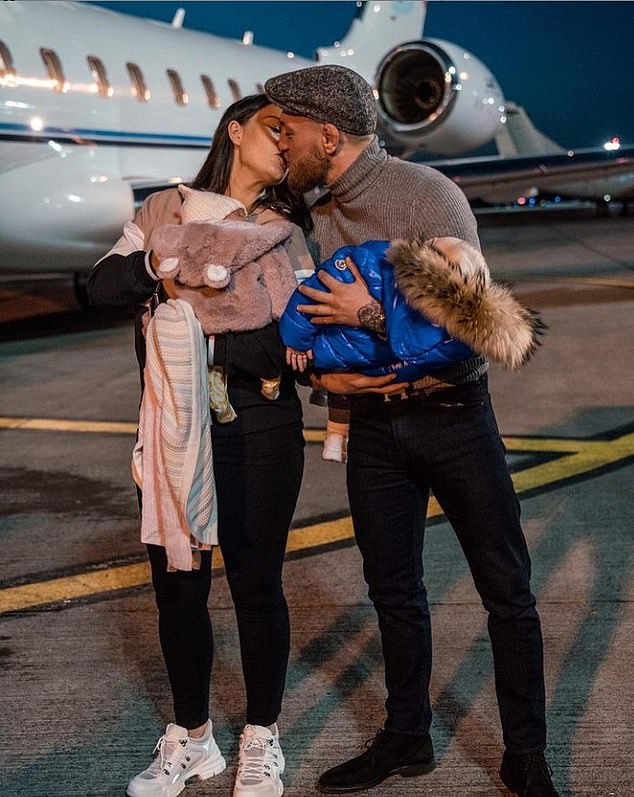 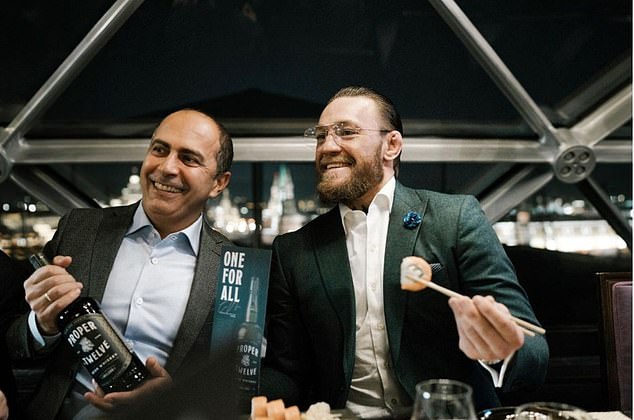 Mature McGregor, McGregor the businessman, who was pictured sunning himself on a super yacht in Abu Dhabi, is a different animal to the one who burst onto the scene.

The fire may well still burn in ‘The Notorious’ and he seemed genuine in describing his joy at being back competing again, obsessing over his love of MMA once more.

But without those small percentage points of desperation to reach the top, secure financial security and accomplish his dreams, perhaps an edge has been lost.

The caption on one of the pictures he shared with his son Conor Jr on Instagram was telling.

He wrote: ‘I’ve always said that a good sign you’ve made it in this financial rat chase trap of a world, is when you’ve someone holding an umbrella for you.

‘Now I’m holding one for my son. I guess a congrats is in order my lad.

McGregor is well clear of the ‘rat chase trap’ now. His net worth is estimated to be in the region of £140million and his portfolio is incredibly diverse.

Of course, there’s the Proper 12 whiskey business which has proved a massive hit. It has already racked up more than $1billion worth of sales and become the fourth most popular whiskey brand in the world – three years after launching.

McGregor’s image is at the heart of it and he claims to have been successful in the business world through the same obsessive streak that propelled him to MMA stardom. 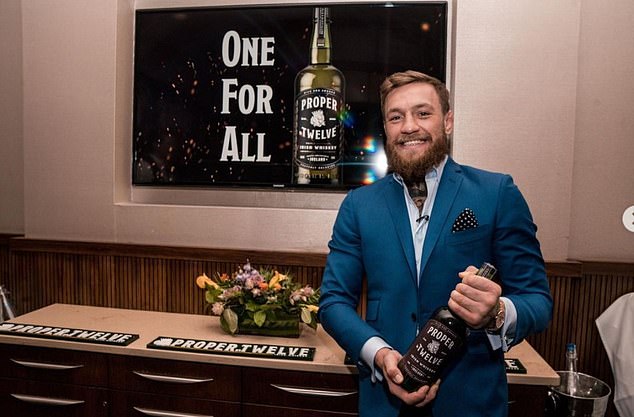 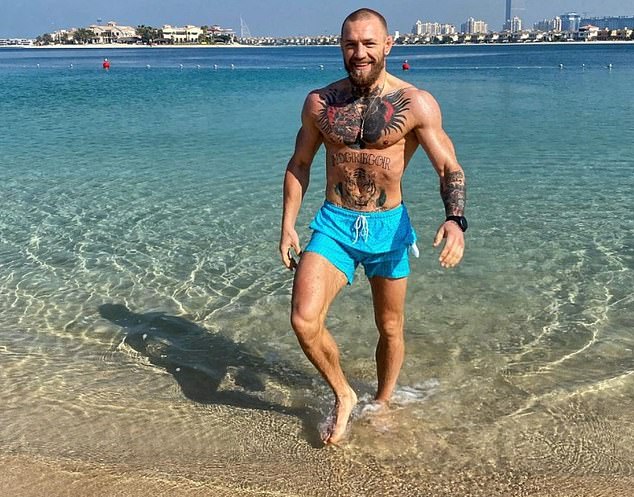 Inevitably, it is impossible for the former two-weight champion to give all of himself to all of his business interests.

Perhaps he is spreading himself too thin. In the fashion world, his apparel brand ‘August McGregor’ is a partnership with designer David Heil and has made suits for the likes of Elon Musk, Canelo Alvarez and Brad Pitt.

McGregor Sports & Entertainment Ltd was founded in 2014 and generates money for the 32-year-old through advertising. The brand name was plastered across the promo hoardings for McGregor’s fight against Floyd Mayweather, the most lucrative bout of all time.

And MacLife, is the media arm of the McGregor operation, delivering MMA-led content online with more than one million YouTube subscribers. 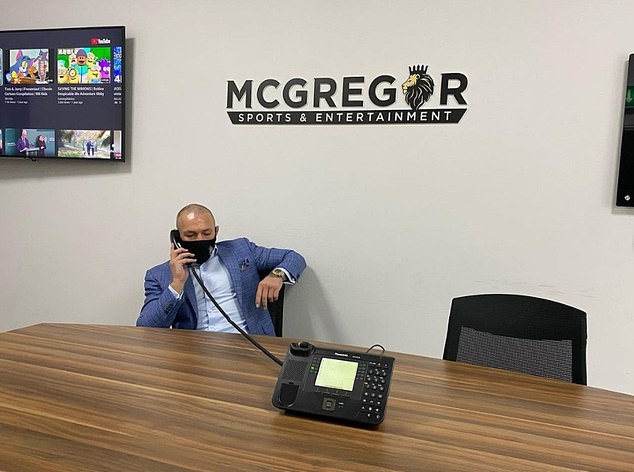 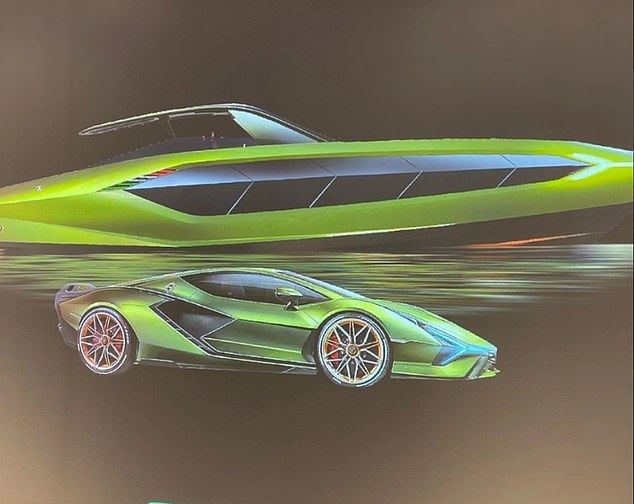 These are all McGregor’s own businesses but of course he has endorsement deals and responsibilities with other worldwide brands.

Monster Energy, Reebok, Beats Electronics, Burger King, Anheuser-Busch InBev, and Budweiser are among the companies to use him as an ambassador.

And he has enjoyed the fruits of his labour. ‘McMansion’, as he calls his Dublin residence, is just one of a number of multi-million pound houses.

It is kitted out with horse riding facilities, a state-of-the-art gym and view of the river Liffey.

That garage space is required when McGregor comes to town as he owns a handful of luxury vehicles. 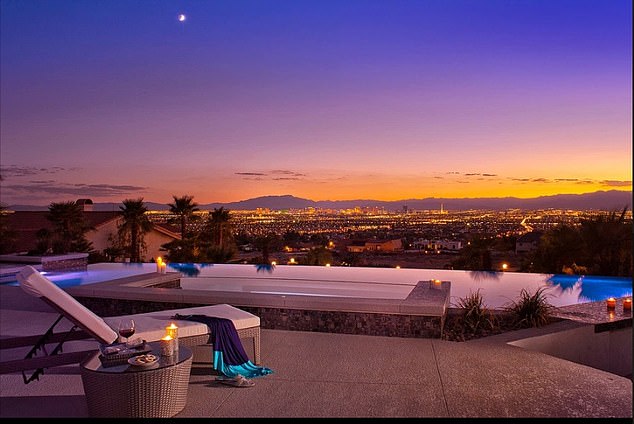 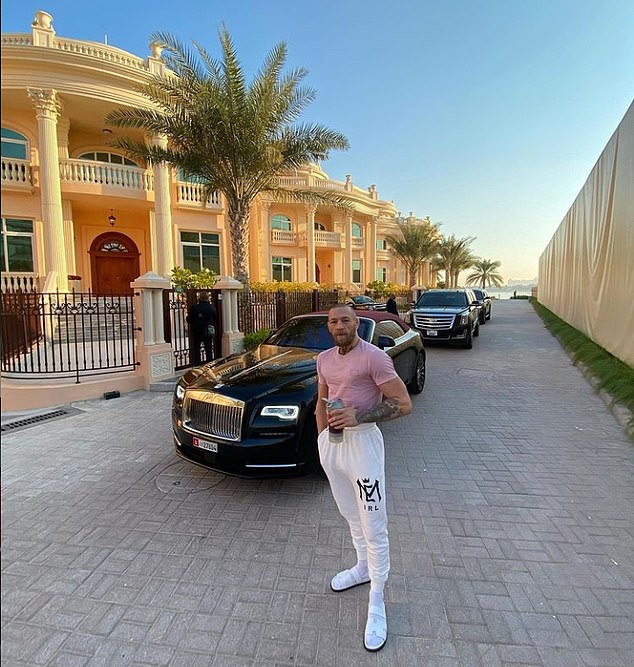 The Dubliner has a fleet of luxury cars and owns three mansions, one in Las Vegas

He owns a Bentley Continental GT, Rolls-Royce Ghost and Phantom Drophead, McLaren 650S and Lambourghini Aventador alongside a few more understated vehicles such as the Range Rover and Cadillac Escalade.

McGregor has also splashed out on a Lambourghini-made luxury yacht, dubbed the super car of the sea and worth £2.7m.

Only 63 were made and McGregor secured the No 12 for obvious reasons. The Tecnomar 63 has more than 4,000 horsepower and can reach a top speed of 69mph. 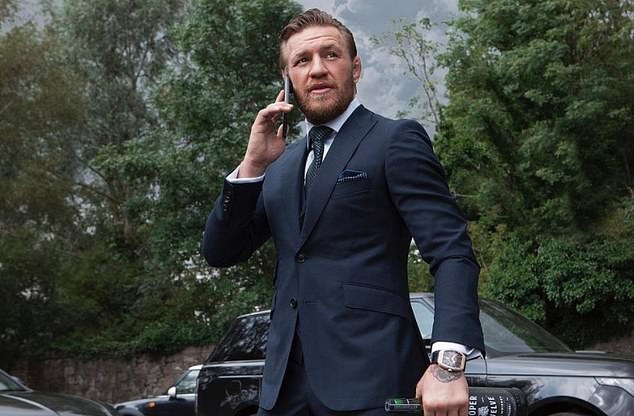 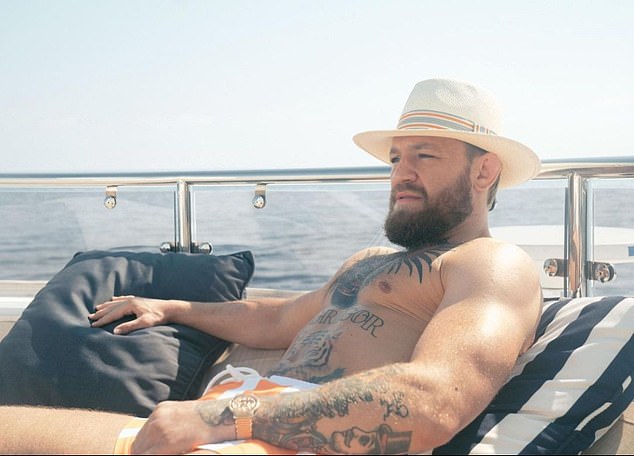 McGregor toiled to reach the top and who could begrudge him enjoying the luxuries available to him now?

His fleet of cars, luxury homes and myriad business interests are the trappings of a success he’s battled hard for over many years.

The question is, have those silk pajamas become too comfortable?

Loans – The End of LIBOR Could Raise Your loan Payments. We’ll Explain.

Luxury Watches – The Chronicle of the Horse

Luxury LifeStyle – How Blockchain And Co. Are Going To Change Beauty And Lifestyle For Good

Home Decor – A Must-Know Guide To Creating A Luxurious Look And Feel In Your Home — Hometown Station | KHTS FM 98.1 & AM 1220 — Santa Clarita Radio

Luxury Apartments - Sherin and Lodgen Represents J.P. Morgan and Toll Brothers in Leasing for Solar Project at the Carraway Apartments in New York