New home sales and mortgage application numbers on Wednesday provide a view into U.S. housing — a standout in the post COVID-19 recovery that has shown some weakness lately.

U.S. homebuilding rebounded less than expected in May as the high price of lumber and shortages of other materials hindered builders’ ability to take advantage of an acute shortfall.

The focus on lumber prices is a window into inflationary pressures just as the Federal Reserve projects a faster timetable for rate rises and mulls how to end crisis-era bond-buying.

The PHLX housing index of homebuilders and other housing-related stocks has retreated recently but remains one of this year’s outperformers.

The Bank of England meets on Thursday, and sterling bulls are hoping chief economist Andy Haldane’s last meeting will provide another boost for the pound.

Haldane has warned of inflationary pressure that might force the BoE to turn off its monetary stimulus taps. Indeed, May inflation zipped above its 2% target for the first time in two years.

Analysts expect no changes to policy after the BoE last month said it would slightly slow the weekly pace of its bond purchases. Britain’s decision to delay the full reopening of its economy by a month may be seen as a reason for caution.

Some don’t rule out a discussion around tapering, however, with other central banks starting to consider exiting emergency stimulus. Money markets price in more than 9 bps of BoE rate hikes by May 2022 — doubling from the start of the week.

– POLL- Bank of England to look through temporary inflation rise 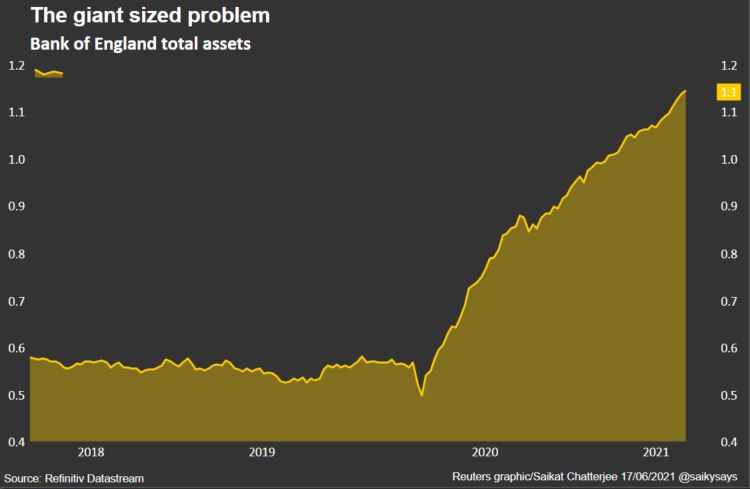 It’s not just the Bank of Japan on the sidelines of a global debate about when to exit ultra-easy settings. A polarised and emotional country is watching as preparations for the Tokyo Olympics, due to start in a month, heat up.

The coming days should see some easing of emergency lockdown measures for Tokyo and a few other districts, an acceleration of Japan’s slow vaccination drive and details of the numbers of spectators that will be allowed into stadiums.

Polls indicate that most Japanese remain wary of the Games even as Prime Minister Yoshihide Suga, battling sagging ratings and a corporate scandal, stakes his reputation on them.

Japan’s summer blues may help explain why the yen is languishing near one-year lows around 111-per-dollar . 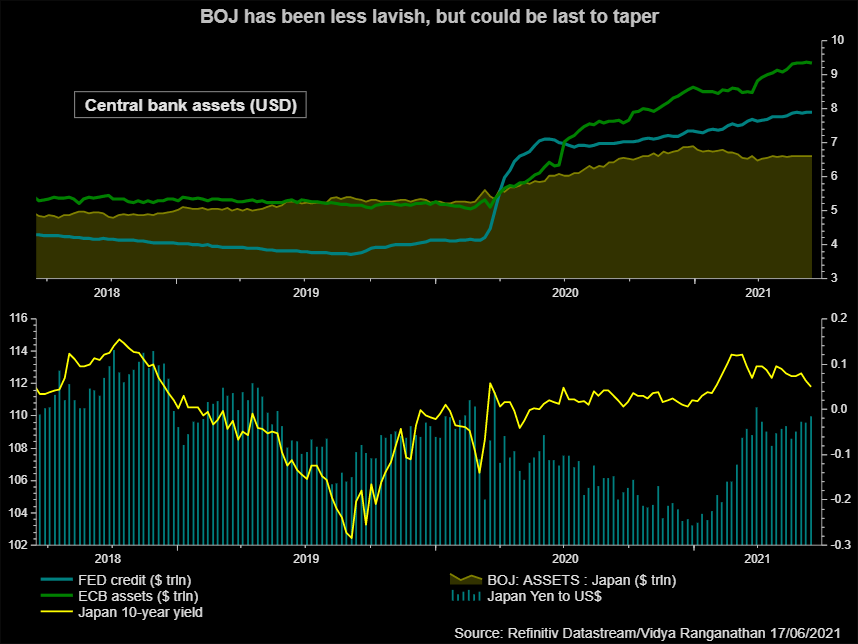 The forward-looking economic indicator should confirm a solid outlook for manufacturing, but also divergences opening up.

A swift roll-out of COVID-19 vaccines, economies reopening from lockdowns and hefty stimulus mean PMIs in major economies should remain comfortably above the 50-mark dividing expansion from contraction. The May euro zone composite PMI hit its highest level since February 2018.

In contrast, India and Brazil have found it hard to contain the coronavirus; Thailand is grappling with its third and worst wave. This could weigh on business activity in emerging markets again — adding to pressure on wealthy nations to help vaccinate the world and close disparities.

There’s little sign of a let up – or is there?

The world’s biggest oil traders predict crude prices will stay above $70 a barrel and – in a sharp reversal – don’t discount a return to $100.

China announced plans to release industrial metals from its national reserves to curb commodity prices and fight inflationary pressures in what would be the first such move in a decade by the world’s top metals consumer.

In a sign that the road ahead might not be quite so smooth, asset managers identified being long commodities as the “most crowded” trade in a recent (BofA) survey – a status that often precedes an unwinding as markets fear a bubble bursting. 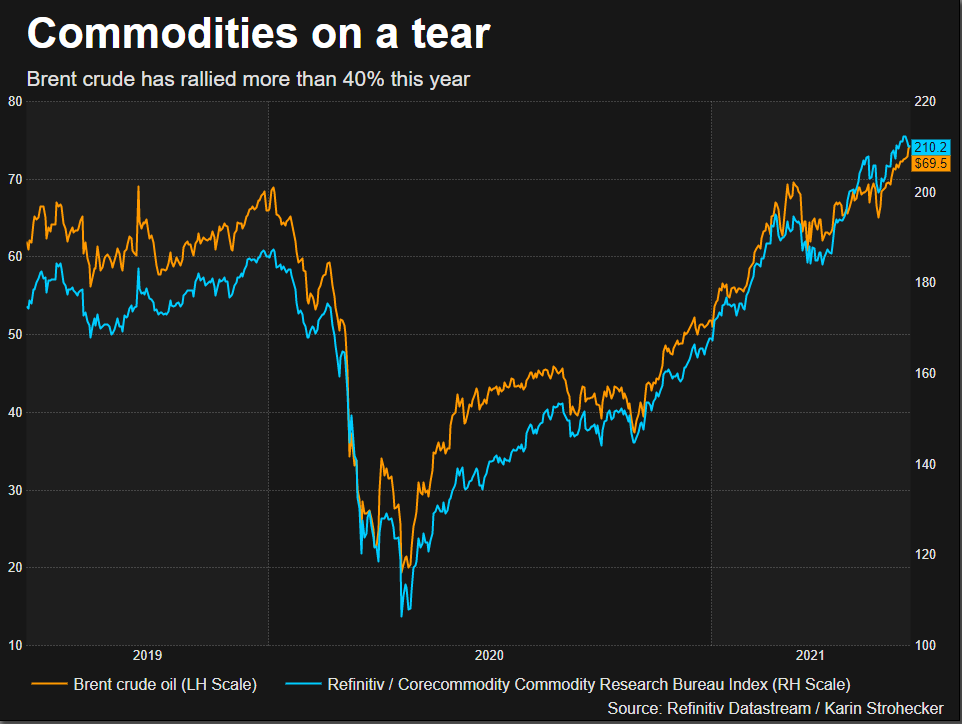