A fast food enthusiast has wowed the internet by sharing a series of McDonald’s hacks that allow customers to create new menu items.

Jayden Head, from Albury in NSW, has been teaching Australians how they can get the most out of their fast food purchases through a collection of videos on TikTok.

In recent weeks, some of his creations have included the Hotcake McMuffin, Snickers Iced Latte, and Espresso Thickshake – all made from mixing pre-existing items sold in McDonald’s stores.

One clips shows Mr Head deconstructing a McMuffin, by removing the bread and placing the bacon, egg, and cheese filling in between two hotcakes. 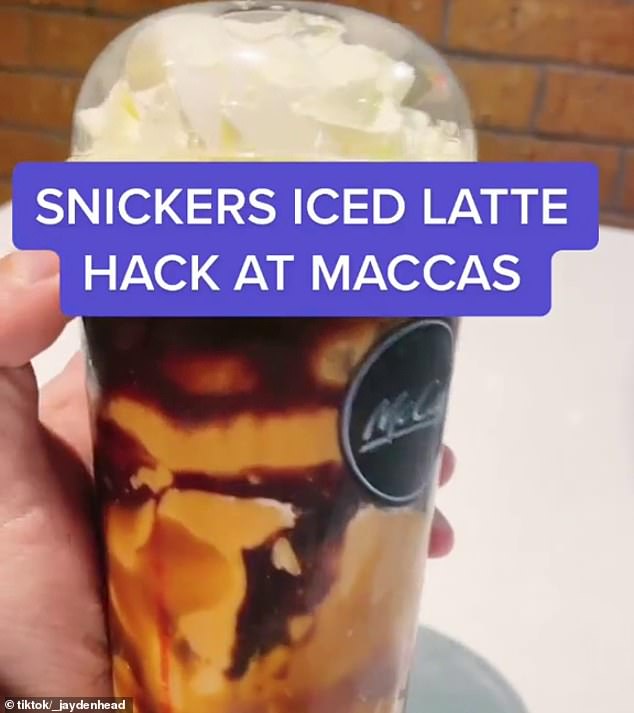 Mr Head explained how an Iced Latte from McCafe could be transformed to taste like a Snickers chocolate bar by adding hazelnut syrup, caramel syrup, chocolate and caramel topping and whipped cream (pictured)

He then drizzles hotcake syrup in the middle of the hotcakes, before picking the stack up with two hands and eating it like a burger.

In another clip, Mr Head explains how an Iced Latte from McCafe can be transformed to taste like a Snickers chocolate bar by asking for hazelnut and caramel syrups to be added to the drink.

‘Then add a caramel drizzle and chocolate drizzle to the side of the cup and finish off with whipped cream on top,’ he says.

‘It honestly tastes so good.’

Other hacks include a ‘espresso thickshake’, made by ordering an espresso shot and pouring it into a vanilla thickshake, or poking a hole in a soft drink cup’s lid with your finger when lacking a straw.

The videos have gone viral, collectively racking up more than 100,000 views, with Aussies vowing to try out the novel food items during their next visit to the fast food giant. 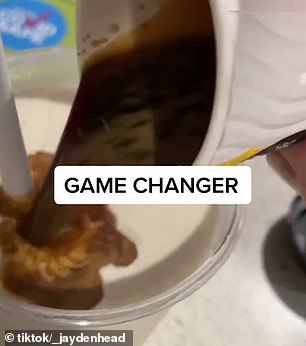 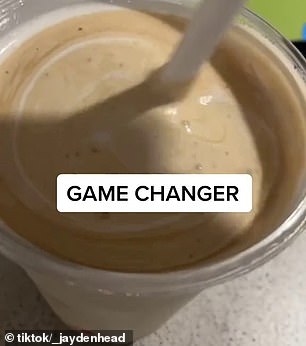 Another added: ‘Might try this on my way to work tomorrow’.

‘Yum, so delicious,’ a third said.

But many others were quick to point out some of the concoctions were not original as they resemble other items already sold at the restaurant chain. 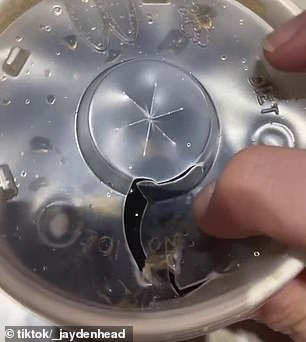 In another hack, Mr Head explained how people can drink through a McDonald’s cup without a straw by poking a hole in the lid

‘They have [the Hotcake McMuffin] on the menu in the USA. It is called a McGriddle,’ one person wrote.

‘Isn’t that the same as the McGriddle?’ another said.

‘In Victoria, they sell the [espresso thickshake] already. It is called a real coffee shake,’ a third person commented.

‘Bruh bloody get a coffee shake. Sheesh,’ a fourth chimed.

The espresso thickshake hack went viral earlier this year when it was shared online by a person in the UK.