Microsoft – Not A Luxury Hotel, This Is Microsoft’s Taj Mahal-Inspired Noida Office

Home » Microsoft – Not A Luxury Hotel, This Is Microsoft’s Taj Mahal-Inspired Noida Office

Microsoft – Not A Luxury Hotel, This Is Microsoft‘s Taj Mahal-Inspired Noida Office 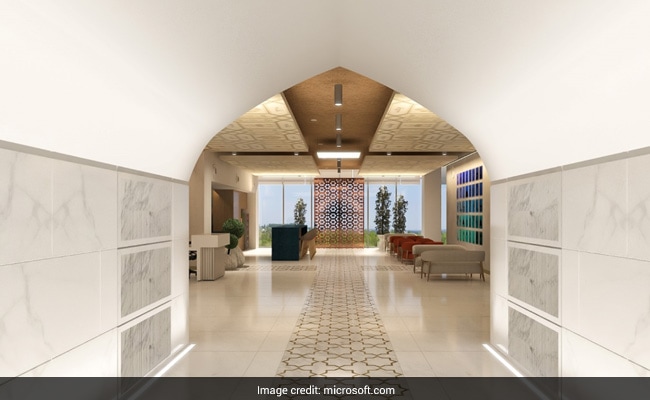 The Noida office will be Microsoft‘s third India Development Center after Hyderabad and Bengaluru.

Returning to the office after the COVID-19 pandemic will be no less than visiting one of the wonders of the world for some Microsoft workers who will be treated to a swanky new workplace just outside New Delhi.

Inspired by the Taj Mahal, the newest Microsoft India Development Center is spread across 90,000 square feet in the top three floors of a six-story building in Noida. 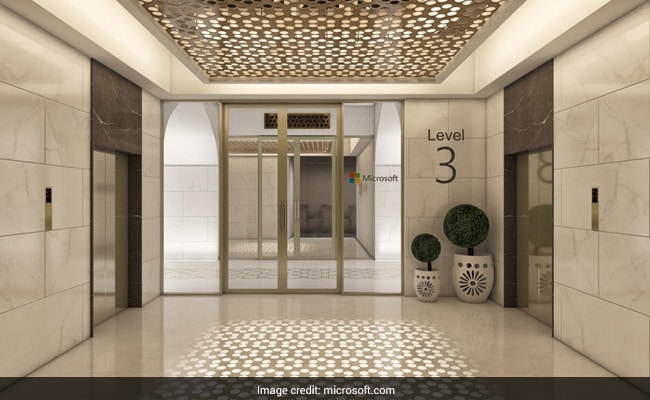 Key architectural elements from the Taj Mahal have been interpreted and modified to suit a modern-day workplace.

Bathed in ivory white and punctuated with jaali work – a Mughal architectural style of perforated stone or latticed screen, arches, and domed ceilings, the US company says the office aims to seamlessly merge tech-driven infrastructure with the local cultural influence. 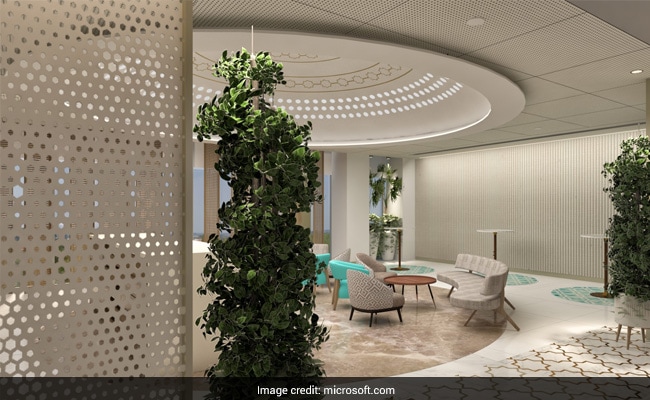 Mughal-era jaali work, arches, and domed ceilings are seen in the corridors of the Microsoft IDC in Noida.

The workspace will see engineering talent in the areas of business and productivity tools, artificial intelligence, cloud and enterprise, core services, and the new gaming division coexist. 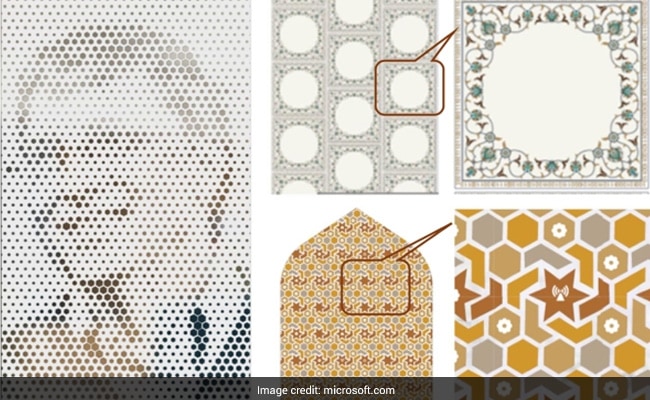 One perforated jaali right at the entrance has the picture of Bill Gates, which is only visible at certain angles. On the right, are examples of how traditional murals with floral iconography incorporate technology symbols..

Microsoft opened the first India Development Center campus in Hyderabad in 1998, followed by another in Bengaluru. The Noida story is set to start a significant chapter in the company’s vision, it said. 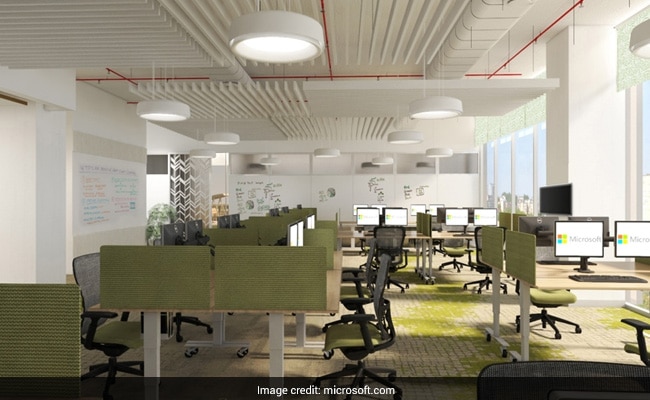 An interpretation of the Char Bagh Gardens plays out in this office nook, where distanced seating areas are juxtaposed with the illusion of the outdoors.

“In order to attract the best talent from the country, you have to go to the places where they are,” said Rajiv Kumar, managing director, Microsoft IDC, and a company veteran of nearly 29 years. 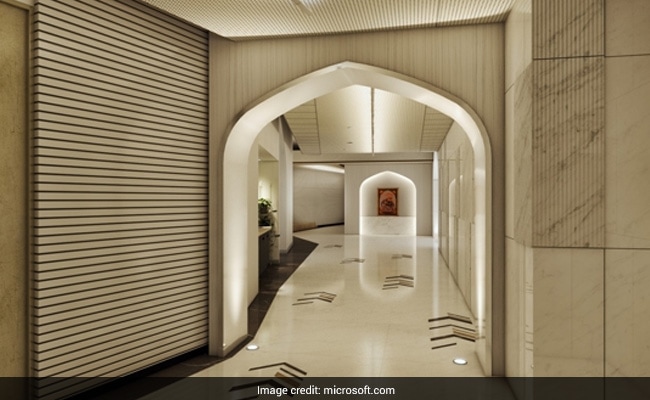 The architects took cues from the actual Taj Mahal by depicting rivers with chevron patterns in the corridors, and the greens of Char Bagh Gardens through the colour palette and textures.

“So, we started in the middle of the country when we opened Hyderabad centre, and then went south with the Bengaluru centre. My vision to create the Noida centre was to attract the best talent that graduates from some of the world-class engineering and management institutions in the country’s north,” he said.

By being close to the capital, the Noida campus will enable more frequent collaboration with the government around developing technologies not only addressing India’s needs but also for similar regions around the world, Microsoft said.

Here's how much Amazon pays its Boston-based employees