“If I was making a story that was about that journey of motherhood and body acceptance, I feel like, I’m sorry, but that would have to be with a female filmmaker,” the 35-year-old British actor said. “I don’t have an absolute ban, but I kind of do with men.”

Until now, even a potentially traumatic experience like a rape scene was shot without anyone to help the actors cope, and rarely was there any creative debate concerning how to shoot such a scene in the first place.

Intimate scenes, in particular, require a lot of sensitivity. Whether it’s something as extreme as sexual violence, or just a long and intense kiss, the scenes need to be credible while at the same time protecting those involved — both the mental health of the actors and that of the film crew. 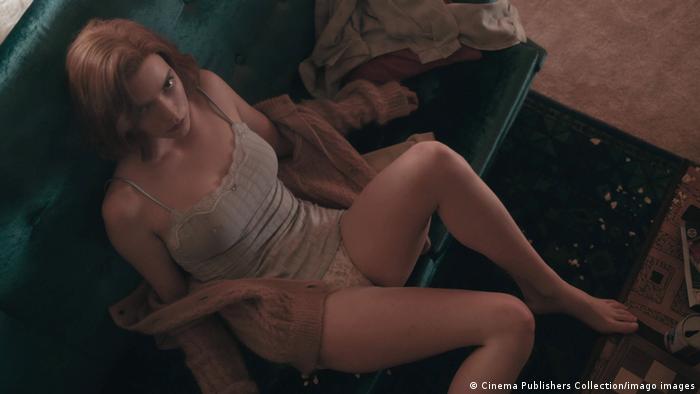 Intimacy and the male gaze: Anya Taylor-Joy as Beth Harmon in ‘The Queen’s Gambit’

While theaters have long had intimacy coordinators to help choreograph sex or nudity scenes, it has been a long time coming in film and only changed as a result of the international #Metoo movement. In 2017, Ita O’Brien published “intimacy guidelines” for the film industry that have become the basis of numerous union standards in the US and many other Anglo-Saxon countries. The British movement director became the film world’s first intimacy coordinator.

When O’Brien presented her intimacy guidelines at the 2018 Cannes Film Festival, Julia Effertz, a German actor, was all ears. During her presentation, O’Brien compared sex scenes to stunt scenes, describing them as “high-risk” and talking about the psychological risk of injury. Effertz is well-acquainted with the film industry and all its pitfalls, and she knows that certain experiences on shoots can produce internal trauma that can “linger for a lifetime.”

“Everyone knows that in a fight scene, the actor can get physically hurt. No one would ever expect an actor to improvise that without expertise from a fight choreographer,” Effertz told DW, arguing that the same must apply to the portrayal of intimacy and sexuality. Today, Julia Effertz is Germany’s first intimacy coordinator. 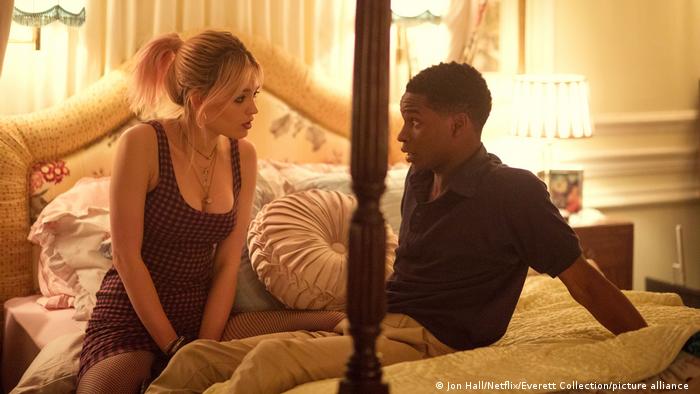 Preparation is the key

Julia Effertz’s work begins long before the first day of shooting. Preparation is the key, she said. She holds preliminary talks about the intimate content of a production with the director and with the actors involved, including what they will or will not agree to and whether there is a nudity clause or physical impairments. This creates a professional structure that allows actors and actresses to give their consent and “be secure in the scene and in their bodies,” she said. It is a clear win-win situation, Effertz said, because the director is also happy to be able to pass on issues they might not be comfortable with either.

During the shoot, Effertz makes sure everything agreed in advance with the costume and assistant director departments is being followed, including genital covers, bathrobes and a closed set with only the most essential crew members present. She rehearses an intimate scene with the actors several times.

She enjoys the rare combination of occupational safety and creative storytelling. “A job can’t get any better than this,” Effertz said. After the shoot, she meets once again with the director and the actors to find out whether the scene worked for the director and whether the actors were able to leave their roles behind. The latter is particularly important with stressful content such as the portrayal of non-consensual sex or other particularly intense scenes, she said.

Effertz also looks at the subject from the role of the viewer: “I simply want to see good stories,” she says. And if the work has been done according to best-practice measures, viewers clearly see that in the result, with “a clear expression of both characters” that includes depth and precision,” she stressed. 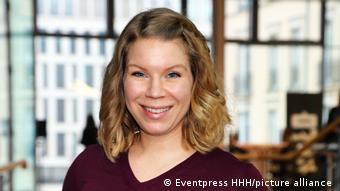 According to Effertz, the Weinstein trial was a turning point that showed that things could no longer go on like they were in the industry. What emerged was a vital dynamic that continues until this day. Yet there is a lot left to do. The film and television world is still full of “stereotypical camera angles and certain narrative patterns that are reproduced again and again,” she said. There is still a kind of “autopilot” when it comes to sex scenes, according to Effertz, who added that she was surprised that the process of change was “still so slow.”

The success of films and series created from a female perspective, or from a different angle, makes her “cautiously optimistic.” Whether the viewer is male or female, she says, doesn’t matter. “Maybe it’s a non-binary gaze,” meaning a gaze that breaks down the gender binary and reenvisions sex scenes? “That’s what’s exciting!”

The work of intimacy coordinators like Ita O’Brien and Julia Effertz will likely help ensure that statements like Keira Knightley’s aren’t even worthy of a headline in the not-too-distant future, but instead, will be a part of normal, everyday life.

This article was translated from German.

AstraZeneca - AstraZeneca gets EMA thumbs up for vaccine amid bitter feud with EU; Novartis jumps in to manufacture Pfizer/BioNTech vaccine – Endpoints News