‘NO STRINGS ATTACHED’:
The US is donating the shots without any political or economic conditions, and with the singular aim of saving lives, a senior US official said

The US was yesterday to ship 2.5 million COVID-19 vaccine doses to Taiwan, a senior US administration official told Reuters, more than tripling Washington’s previous allocation of shots for the nation.

Washington, competing with Beijing to deepen geopolitical clout through so-called “vaccine diplomacy,” had initially promised to donate 750,000 doses to Taiwan, but is increasing that number as US President Joe Biden’s administration advances its pledge to send 80 million US-made shots around the world.

The 2.5 million donated doses of the Moderna Inc vaccine would leave Memphis, Tennessee, on a flight belonging to Taiwan’s national carrier, China Airlines Ltd (中華航空), early yesterday and arrive in Taipei this evening, the senior US administration official said, adding that the prompt delivery was due to experts from both sides being able to work out regulatory issues. 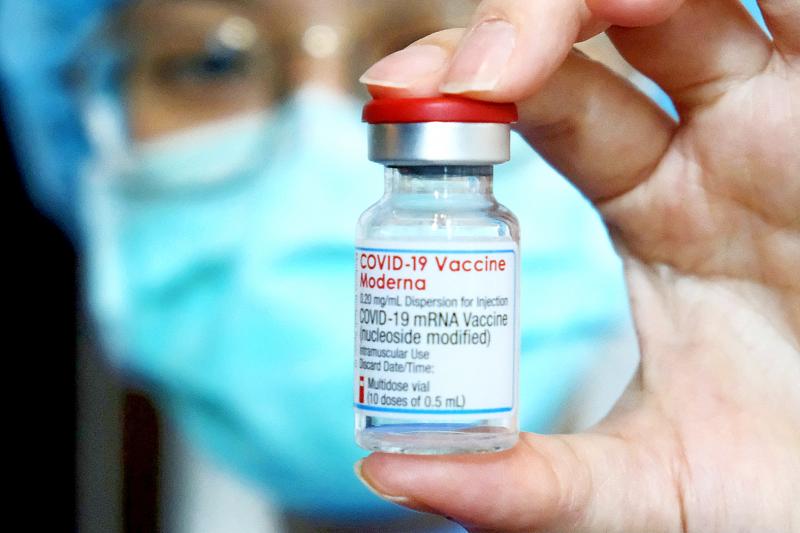 Earlier in Taipei, asked by reporters about the donation, as well as reports that a separate shipment of Moderna shots purchased by the government would arrive in Taiwan today, Minister of Health and Welfare Chen Shih-chung (陳時中) said: “I cannot confirm this at this time… I will report it as soon as everything is absolutely certain.”

“Our vaccines do not come with strings attached,” the official said, adding that Taiwan had “faced unfair challenges in its efforts to acquire vaccines on the global marketplace.” 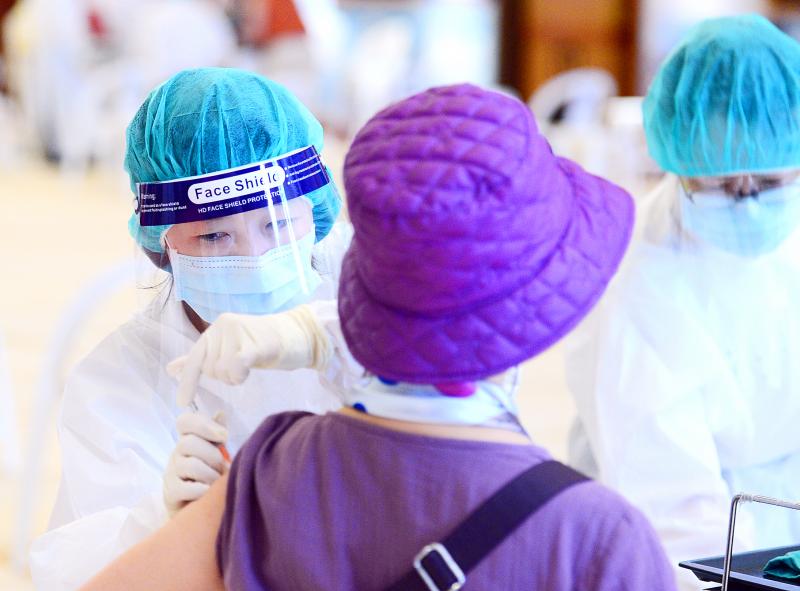 A deal for the nation to purchase vaccines from Germany’s BioNTech SE fell through this year, with the government blaming pressure from Beijing.

China has denied the accusation, saying Taiwan is free to obtain the vaccines through Shanghai Fosun Pharmaceutical Group Co Ltd (上海復星醫藥集團), which has a contract to sell BioNTech’s vaccine in China, Hong Kong, Macau and Taiwan.

“We believe that these attempts by China to block purchases, for political purposes, are reprehensible,” the senior Biden administration official said.

The American Institute in Taiwan confirmed the donation in a Facebook post last night, saying that it “looks forward to the arrival in Taiwan tomorrow of 2.5 million doses of Moderna vaccine donated by the U.S. government.”

In related news, people who received a first dose of the AstraZeneca COVID-19 vaccine before May 9 would be eligible for a second shot starting on Wednesday, the Central Epidemic Command Center (CECC) said yesterday.

As of Friday, about 27,000 people had received both doses of the AstraZeneca vaccine in Taiwan, said Chen, who heads the center.

Starting on Wednesday, more doses of the vaccine would be delivered to local governments, allowing people who received a first dose of the vaccine before May 9 to get their second dose, he said.

Eligibility covers people who received the first dose under a government-funded program and those who paid for it, for an estimated 67,000 people in total, CECC data showed.

Clinical trials have shown that the AstraZeneca vaccine’s efficacy is about 71 percent at 22 days after the first dose, and could increase to 81 percent when the interval between the two doses is 12 weeks, the center said.

It urged people who received their first dose to get their second dose after 10 to 12 weeks, citing the Advisory Committee on Immunization Practices.

Several cases of sudden death have been reported among elderly people following vaccination since Monday, when the AstraZeneca vaccine became available for people aged 75 or above.

Preliminary autopsy results on four of the deceased showed that they died of cardiovascular disease, including atherosclerosis, myocardial infarction, and ruptured aortic aneurysm, he said.

The CECC would continue to examine whether there were causal links between the deaths and COVID-19 vaccination, he added.

People with acute illness or unstable chronic health conditions should wait for their condition to stabilize before getting a shot, Chen said.

Those going to a vaccination site to receive a COVID-19 shot should stay hydrated and avoid staying under the sun for too long, he added.

RKT Stock - You Can't Invest in Blue Origin. Consider These 3 Space Stocks Instead