AppHarvest, a company that aims to bring more high-tech agriculture jobs and fresh produce to Eastern Kentucky, is on a roll.

The start-up, which Fast Company says may transform Appalachia into an “agricultural powerhouse,” shipped its first tomatoes a few weeks ago, got a plug from Martha Stewart, and now it’s set to make its stock-market debut. 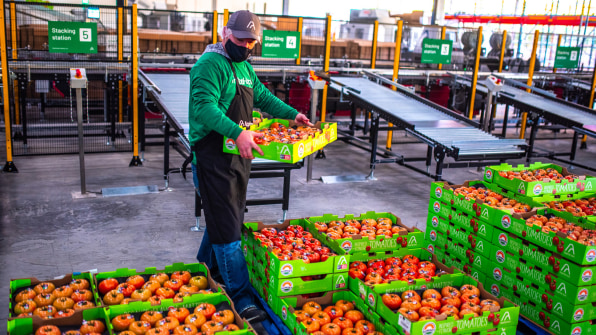 Novus Capital Corp. completed its merger with AppHarvest this week, and on Monday the freshly-minted entity (which will be called AppHarvest) is expected to begin trade on the Nasdaq. AppHarvest CEO and founder Jonathan Webb will continue to lead, Jayson Derrick reports for Fintech Zoom.

AppHarvest is located in a sprawling indoor farm near Morehead. It’s CEO and founder is Jonathan Webb who is growing the tomatoes in a controlled environment. The company is building another 60-acred facility in Richmond and a 15-acre facility for leafy greens in Berea. It plans to add a dozen indoor farms in Kentucky by 2025.

Covid-19 : With new COVID-19 variant confirmed in Maryland, how effective will current vaccines be?